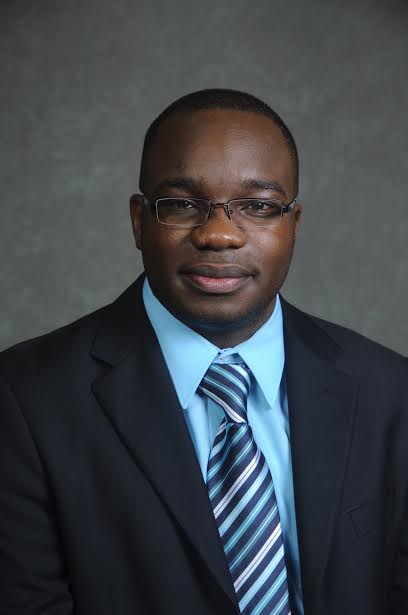 A research manuscript of Dr. Landry Kamdem, associate professor of pharmaceutical sciences, and his team titled “Impact of UGT2B17 Gene Deletion on the Pharmacokinetics of 17 hydroexemestane in Healthy Volunteers” was recently accepted and published by the Journal of Clinical Pharmacology.

In this research, Kamdem studied how a drug prescribed for breast cancer patients reacted in people with a particular gene, the UGT2B17 gene.

“We want to help women with breast cancer in Arkansas, and we want to know their part of the story,” Kamdem said. “We’re scientists who work in the lab, but we don’t know if it’s going to translate into what’s happening at their bedside or at home. So the only way to find out is to merge our stories as scientists with their stories as patients. And altogether, we have the full picture and then can come up with a treatment management plan.”

After undergoing treatment to eradicate the hormone-positive breast cancer, post-

menopausal patients will take one of three aromatase inhibitors, which prevents the production of estrogen, to prevent the cancer from returning. Kamdem and his team examined the aromatase inhibitor called Exemestane and how it reacted with women whom possess the UGBT217 gene. He has also done pharmacogenetic research on the other two aromatase inhibitors to find how they react in patients with specific genes, research that no one else has ever done in the world.

“Drugs have specific genes with which they interact,” he said. “We want to see if the drugs are benefiting the patient or if they’re toxic. We want to improve efficacy, reduce toxicity, and ultimately reduce health care costs for the patient.”

Kamdem designed the research study in 2010 and began working shortly after receiving the American Society for Clinical Pharmacology’s Young Investigator Award in 2011 and a grant. An additional phase of the research was just approved where Kamdem and his team will survey 1,400 cancer patients about their adherence to medication. Kamdem hopes to continue conducting similar studies as he finds new genes.

“Now that the research is published, I feel blessed and overjoyed for all the contributors and women who participated in this study because it is my strong belief that this research will pave the way for individualized breast cancer therapy.”