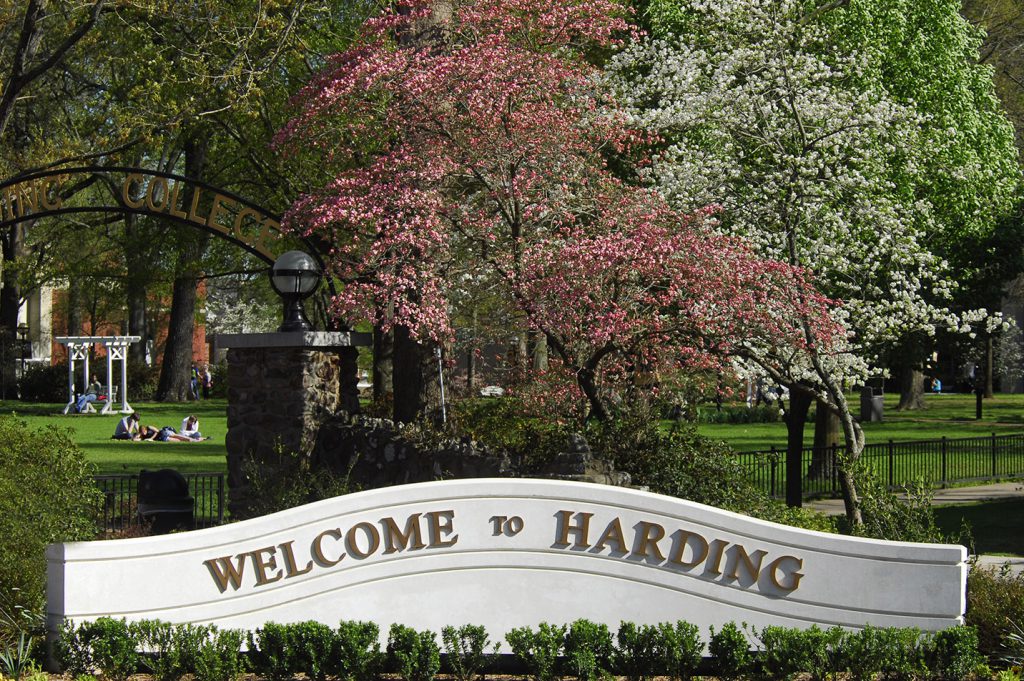 Board of Trustees Chairman Roy Reaves and his wife, Becky, have donated $1 million to a project to renovate and expand Rhodes Field House. The Russellville, Arkansas, couple made the pacesetting gift in the $2 million construction project slated to begin in November.

The announcement of the gift was made in August by Chancellor David B. Burks, who worked with the couple to secure the funding. Reaves and Burks were classmates at Harding.

Today he is a cattle rancher and investor and serves on the boards of several community organizations. Becky also served Arkansas River Valley Bank customers for 25 years prior to her retirement.

Reaves is a 1965 alumnus with a degree in business administration. He also has an MBA

from the University of Arkansas. He currently is serving his first term as chairman of Harding’s board.

At the semiannual May meeting, trustees made the decision to add the Reaves name to the building.

“Roy and Becky Reaves’ generous gift for the Rhodes Field House not only makes this exciting project possible, but it also has helped us tremendously in moving forward with another renovation project as well,” said President Bruce McLarty. “Members of the board of trustees were unanimous in their decision to add the Reaves name to our beloved old gym, making it the ‘Rhodes-Reaves Field House.’”

Currently the volleyball and both men’s and women’s basketball teams use the Rhodes. The expanded facility will be better suited to accommodate all three teams’ practice schedules.

Commenting on his motivation to provide the couple’s gift, Reaves said, “During my first year at Harding, I remember pickup basketball games where I joined with faculty members and administrators in friendly competition. These were men I admired and held in high esteem. I really got to know them during this time in my life. Many are still very dear friends. Harding changed my life, and the transformation began in Rhodes Field House.

“The Rhodes needs expanding and renovating now. Scheduling practice times and games for three teams is a nightmare. The teams need a practice court, new locker rooms and space to host special guests. Becky and I believe these improvements are needed immediately, and we hope our gift will make it happen.”