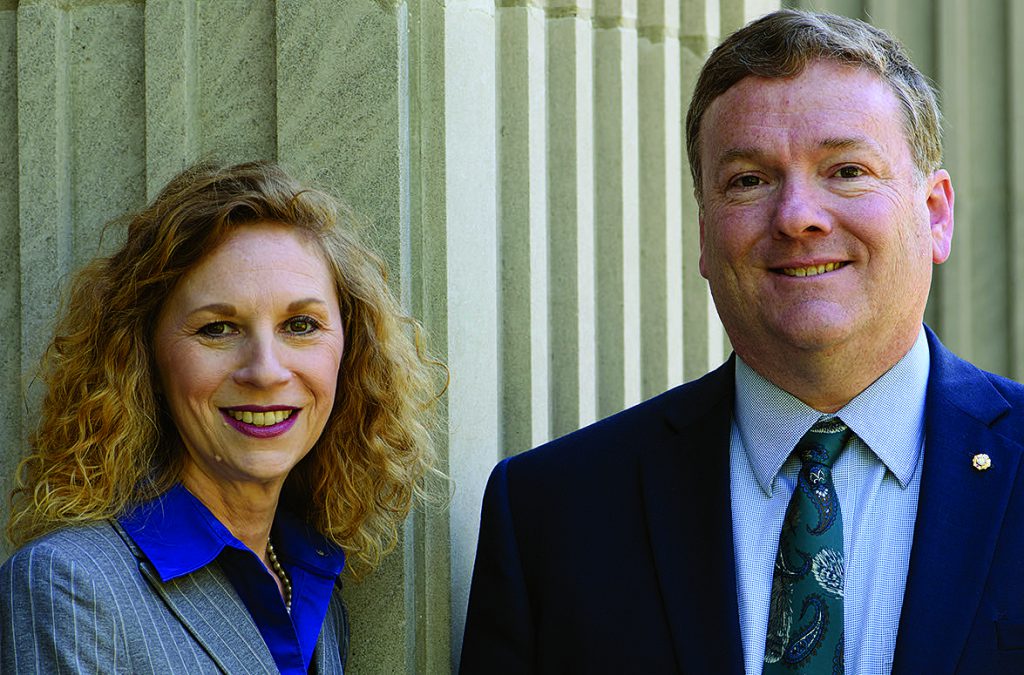 Spears succeeds Dr. Larry Long, current provost, who is retiring. Spears joined the faculty in 2000 as an associate professor of mathematics. In 2004 he was appointed director of institutional research, outcomes assessment and the testing office. In 2006 he
was chosen assistant vice president of academic affairs and was associate provost for undergraduate studies in 2011.

“Dr. Spears comes to this position with strong preparation in so many different areas,” McLarty said. “He experienced Harding University as a student in the 1980s, developed expertise in research and statistics through his graduate work, returned as a faculty member and director of institutional research, and assisted Dr. Long in academic affairs for the past 10 years. I cannot imagine better preparation for becoming the new provost of Harding University.”

Spears, a 1988 alumnus, earned a Master of Arts degree in 1992 and a Ph.D. in statistics in 1993 from Rice University. Prior to joining the faculty, he served as a computer programmer at the University of Texas M.D. Anderson Cancer Center as well as associate professor and chair of the mathematics program at the University of Houston – Clear Lake.

Both Spears and Hixson-Wallace currently serve on Harding’s provost council.

In a restructuring of the provost’s office, Hixson-Wallace will assume the responsibility of coordinating all accreditation activities of the University in a newly created position.

She is currently assistant provost and dean of the College of Pharmacy. She joined the faculty in 2006.

In announcing her appointment, McLarty said, “Dr. Hixson-Wallace, as the inaugural dean of the College of Pharmacy, has built our pharmacy program from the ground up. She is an excellent administrator with a deep understanding of academic processes. Through her work with pharmacy accreditation and the Higher Learning Commission, Dr. Hixson-Wallace has become an expert in the world of accreditation.”

Hixson-Wallace is a graduate of Mercer University Southern School of Pharmacy in Atlanta, receiving her Pharm.D. degree in 1991. She completed her residency in pharmacy practice at DeKalb Medical Center in 1992.

Prior to joining the faculty, Hixson-Wallace was a teacher and administrator at Southern School of Pharmacy from 2001 to 2006.