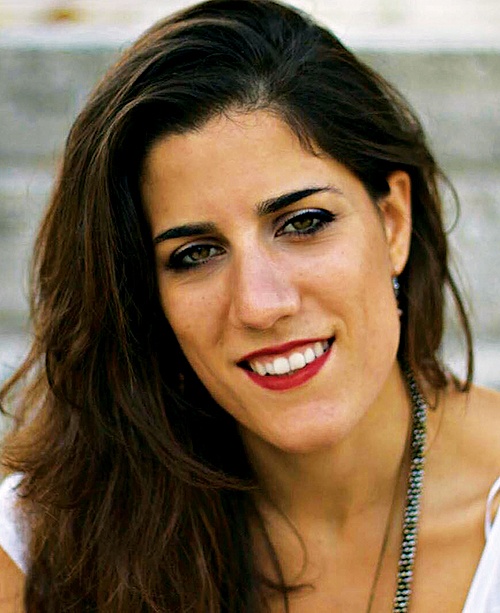 The reason why Vivi Vitalone (’14) is a communicator is simple — she loves people, she loves to tell their stories, and she’s seen that doing so makes a huge difference.

“I think that most of the issues we have in the world are because of fear and miscommunication,” she said. “And I hope that by working in journalism, I can prevent a little bit of that. By telling each other’s stories, we can understand each other better.”

Vitalone grew up in Rome, Italy, familiar with Harding. After her father was asked by the University to be a visiting scholar and teach missions in the College of Bible and Ministry, she moved with her family to Searcy in 2011. Vitalone knew she wanted to be a journalist and began her degree in journalism that fall.

After her time at Harding, she participated in a Global Outreach internship with a church in New Zealand and then secured a communications internship with World Food Programme, the food delivery agency of the United Nations headquartered in Rome. Her responsibilities during the eight months she spent working for WFP included telling stories and sharing information from correspondents handling the aftermath of an Ebola outbreak.

“WFP was helping people affected by Ebola, and they were getting all the footage and photos back to us,” Vitalone said. “Then we would put it on the website, write press releases and organize [press] conferences. Places that were considered the worst places in the world — that’s where my colleagues were going, which really inspired me to help and inspired me to be strong and do the job.”

Through her connections with former journalists at WFP, Vitalone became a freelance field producer for Raw-News in Rome, an agency that, according to Vitalone, provided TV networks around the world with freelance producers and cameramen. During the two years she was working and traveling Italy, Greece and France from her home base in Rome, she spent much of her time covering the refugee crisis with her colleagues on the Balkan and Greek routes. After coming home and realizing that the issue, which was not isolated to the countries in which she had been working, was going to affect her whole generation, she decided to pursue her master’s degree in migration from SOAS University of London.

“I’m actually getting my master’s in migration because of the amount of stories I covered about the refugees — and not just about the refugee crisis itself, but how migrants and refugees affect the countries they get in and how the geopolitics of that country changes because of the refugees,” she said. “Having the understanding I have now about what happens in the Middle East, with refugees, and political situations in Europe and America, I can do my job better. I get to cover these stories with more knowledge.”

After meeting many Kurds, an ethnic minority, in Greece, she decided to focus her thesis on how the Kurdish diaspora in Europe is influencing Turkey, Syria and Iraq as they strive to get more social, civic and human rights for the Kurds. Her thesis is dedicated to her friend Botham Jean, a fellow University alumnus who was murdered in September 2018.

“I also want to take this occasion to remember my friend Botham Shem Jean, who was murdered during the last few days of thesis editing,” she wrote in the acknowledgements. “He wasn’t a Kurd in Turkey, but he was a black man in the United States, which, these days, looks dangerously like the same thing. Thank you for shining a light on all of us. I will never forget you.”

After working as a freelance desk editor for NBC in July, Vitalone was offered a full-time staff contract in November 2018 as a desk editor in London. Her role at the news desk is to serve as a contact between the show and the correspondents creating news packages and live coverage throughout the world.

“We have correspondents and producers all over the world,” she said. “So whatever happens in any part of the world, we have to understand what’s happening — understand if it’s a story that’s actually going to develop into something where we need to send people over or just to get editorial content.”

Even as a Christian employee in London whose first language is not English, Vitalone feels she was well-prepared for the challenges she has encountered through her experience at Harding. In addition to being a journalism major with an English minor, she was also a photographer for The Bison newspaper.

“Harding helped me keep my faith, and I would be nowhere without my faith, especially here in London,” Vitalone said. “It’s not just what Harding taught me as a journalist but also what it taught me about having high standards for myself and for my job and having the morals to be a good person and a good colleague.”