All students, all the time 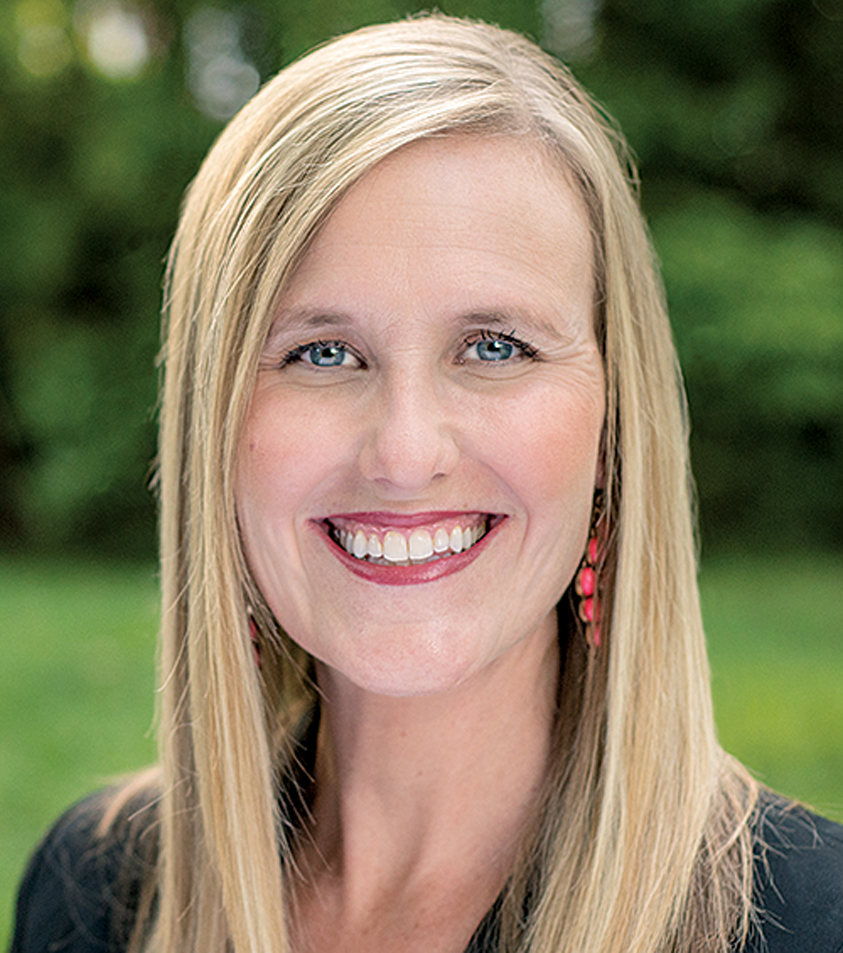 Shelly Turpin Parks (’01) had no idea what was waiting for her when she arrived at Francis Howell North High School in Saint Charles, Missouri, on Aug. 28, 2018. The announcement was truly life changing. Parks was celebrated that day for winning 2019 Missouri Teacher of Year.

On her way to the school that August morning, Parks was under the assumption that she would be interviewed by a local television station about being a finalist for Missouri Teacher of the Year. The process had been narrowed from hundreds down to seven finalists. As far as she knew, no final decision had been made. But as she was entering the gym, she heard the cheers and knew she was walking into something else entirely. Parks entered a gymnasium filled with 1,700 students, administrators, teachers and family all cheering for her.

“I had no idea this was coming, no idea that they already had everybody in the gym,” Parks said. “It was really cool because they had my family there, my mom and in-laws were in town. It just was overwhelming, and it was very humbling. It really was special to see that everybody came out to celebrate.”

This was quite the culminating moment for Parks, who always wanted to be a teacher. Her mom, Sandy Turpin, retired after 40 years of teaching, and Parks grew up helping set up her classroom, watching from a distance, and developing a passion and desire to teach. Initially interested in elementary, Parks changed her mind after a mission trip to Romania during college revealed a new appreciation for teenagers. Wise counsel from a professor upon her return prompted her to pursue an English degree with a secondary teaching license.

“English was always my love and my passion,” Parks said. “I was in [Dr. Gary Elliott’s] English class, and he took me under his wing. He really gave me the confidence and just instilled in me that if that’s what I wanted to do, that I was talented enough to do it.”

She teaches ninth through 12th grade students and finds new ways to share Christ’s love and demonstrate faith in a public school setting. With her colleagues, that looks like a prayer group, where 30 to 40 of the school’s 120 teachers on staff meet to pray for the students, administrators and each other. In the classroom, it looks a little different.

“I really think that it is loving kids the way Christ loves us,” Parks said. “I think it is helping serve those populations of kids that we see who are underserved and just bringing joy into a career. Kids notice if there’s a joy about you that not everybody shares.”

That’s not the only distinctive aspect of Parks’ classroom. In the past several years, she has implemented a new style of teaching called cooperative learning, which organizes students into teams and breaks down tasks and responsibilities by team member.

“There’s a lot of community building and class building activities that have to be put in place to make these teams work,” Parks said. “And that culture and climate, that connectedness kids feel with each other and with me, and the fact that they are using their voice, is really powerful.”

This specific teaching style is one she shares with other teachers and future teachers. As Missouri Teacher of the Year, Parks will spend the 2019-20 school year touring, speaking and learning — with many events she described as once-in-a-lifetime experiences. Training at Google’s headquarters and visiting the White House are just a few of the year’s highlights, but Parks also has loved sharing her passion for education with current and future educators.

“That has been really meaningful because that’s one of my heart’s works,” Parks said. “For most teachers of the year, their year doesn’t stop after their year. They’re still doing lots of work in terms of advocating for teachers and students across the state.”