Jesus is the world’s most distinguished teacher. It was not an award that men presented to him but a recognition by millions who have sat at his feet for nearly 2,000 years.

He had no classroom, except the one the moment provided. It might be a hillside, a boat or a garden.

He received no salary, and when John’s disciples asked for his credentials he responded, “the poor have the gospel preached unto them.”

He set no age limit for his students. Little children were admitted as well as the aged. He had no textbook but his Father’s word. He held no college degree, yet scholars were instructed by him.

Never a teacher had such knowledge. He knew students and their needs. He knew all about the past and the future. He knew every atom of the universe. He even knew what students were thinking.

Never a teacher had such authority. When he finished class one day his students were “amazed at his teaching because he taught them as one having authority” and not like their other teachers.

Never a teacher had such incentive. There was a responsibility laid on him, which caused him to teach, even if it meant public ridicule, arrest, imprisonment and death itself. That incentive was always student centered.

Never a teacher had such rapport with students. He was “gentle and lowly in heart,” and his students learned from him. He used ordinary things and events like lamps, salt shakers, sowers and reapers, losing sheep and coins, and a young boy kicking up his heels, running off and getting into trouble — things students could identify with. He never had a class too large or too small. One student who came to fetch a pail of water was given as much attention as 5,000 hungry students in a class just before lunch. He had a night class when only one student showed up, and an early morning class when at least three students fell asleep.

His examinations were killers because each question called on the student to examine his own life within the context of principles clearly taught in class.

Many failed, went back home and “walked no more with him.” Even his 12 majors checked out before the end of the semester.

Yet thousands thronged to enroll, with one little fellow willing to sit up in a tree just so he could see the teacher. Scholars have come and gone, and sages have philosophized about the meaning of life and the purpose of the universe, but all must agree that never a man spoke like this distinguished teacher from Galilee.

This article is reprinted from the 2019 Chronicle, the newsletter of the history and political science department, and was written by Dr. Raymond Muncy (1928-94), a beloved history professor and longtime department chair. Muncy was a distinguished teacher in his own right, having received the Distinguished Teacher Award three times. 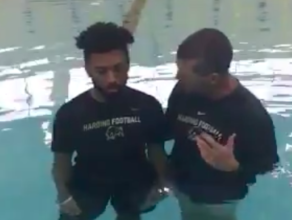 Victories of the heart 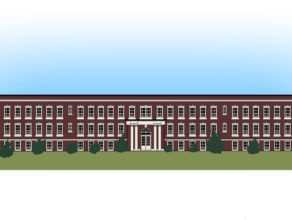 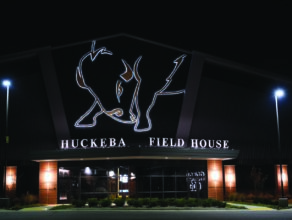 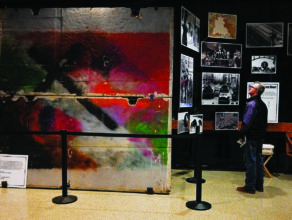