Preaching was his passion

The trajectory of Jimmy Allen’s life was decided a few months after he arrived on the Harding campus and was baptized. At that point the desire to preach the gospel truly began to burn in his bones. Graduating from Harding in 1952, he began his preaching ministry in Arkansas. By the end of his life he had preached to more people than any other evangelist in churches of Christ in the 20th century and was known as the Billy Graham of our fellowship. Regardless of the venue or audience, his preaching exuded energy, passion and conviction.

Dr. George Benson, second president of Harding, saw the potential in Jimmy for the brotherhood as well as for the college and invited him to join the Harding Bible faculty in 1959. As an instructor, Jimmy was demanding, and only the serious student enrolled in his classes. Although he was an informed and effective teacher in all topics, Romans was arguably his favorite. He never tired of impressing his understanding of grace, forgiveness, security and the cross found within its pages.

During his tenure at Har­ding, both as a student and faculty member, Jimmy was a tremendous athlete. His competitive spirit was seen in basketball, softball, baseball and ragtag football, and he approached his favorite sport, fishing, with the same intensity. Often, he would use fishing trips to teach others the gospel.

Jimmy was well known for his courage to support nondenominational Christianity and strongly opposed sectarian attitudes within the church regardless of personal cost. He opposed liberalistic attitudes among his fellow teachers. In 1968 he helped organize a forum to address the issues of racism within churches of Christ.

Perhaps one of the qualities I admire most about Jimmy was his ability to change his perspective on previously held positions if his study led him to different conclusions. He instilled this love and respect for the Scriptures as being the word of God into the lives of his three children and the students in his classes. Jesus was the Lord of his life, not just his savior.

It is true that behind every great man is a great woman, and Jimmy Allen could never have been the powerful force he was without the support of his wife, Marilyn. She was an outstanding Christian and teacher in her own right while being 100% supportive of Jimmy as he preached the gospel throughout the world.

Jimmy urged the church to preach the word and make seeking the lost its priority. In his last years he lamented a lack of evangelism in churches of Christ and the demise of gospel meetings as a tool to reach the lost. He did not believe the gospel allowed a person the luxury of indecision and when he preached the gospel, he expected people to respond. As people stepped out of their seats and into the aisle, Jimmy would meet them with his hand extended. In one of his gospel meetings, he tried to restore an elder coming down the aisle to get the baptistery ready!

Jimmy Allen (’52), 90, of Searcy died Aug. 5, 2020. In 1948, he was discharged from the Army with the rank of staff sergeant. He was a gospel preacher for more than 60 years preaching in 42 states and seven countries, taught Bible and church history at Harding from 1959-2009, and authored 13 books. He received an MRE degree in Bible in 1959 from Harding’s graduate school in Memphis, Tennessee. He was the recipient of honorary doctorate degrees from Oklahoma Christian University and Harding. He was preceded in death by his wife of 63 years, Marilyn McCluggage (’50). He is survived by three children, Cindy Payne (’81), Jimmy H. (’82) and Mike (’89); seven grandchildren; and four great-grandchildren. 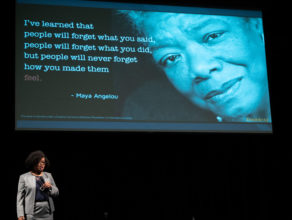 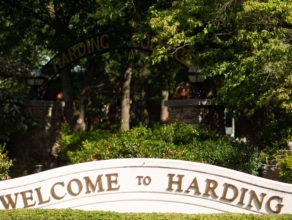 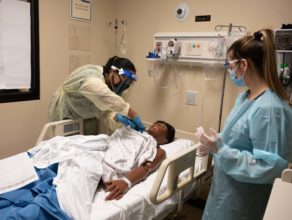 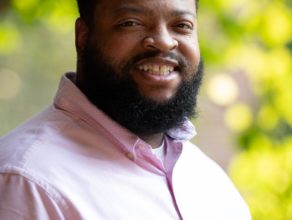