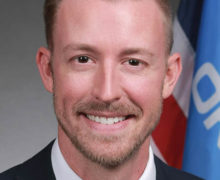 Profile: Ryan Walters By Katie Clement From day one, Ryan Walters (’10) has been influenced by and invested in education. From high school and college teachers to family to career, it has had a big impact on his life.  “I had several teachers who made a tremendous difference in my life while attending McAlester Public Schools,” said Walters. “I knew while sitting in my high
Read More 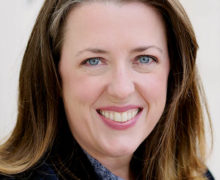 Theatre with a twist 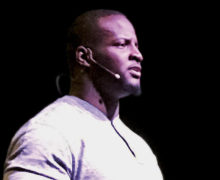 By Megan Stroud De’Onte Garrett (’17), program director for Timothy Hill’s residential program in Tennessee, helps men from the ages of 17 to 25 develop independent living skills and workforce training. He visited Timothy Hill residential program in New York for the first time as a student during a spring break mission trip and instantly discovered his passion for the mission and opportunity to work
Read More 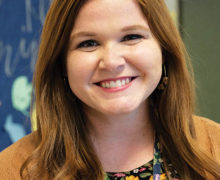 By Josie Parker Christyn Simmons Henderson (’15) is in her fifth year teaching third grade at Searcy’s McRae Elementary School. Watching the impact her mother, who previously taught third grade and now teaches art for Searcy’s Westside Elementary School, has had on her students helped Henderson recognize her passion for teaching. She’d always imagined herself being a teacher, even playing school with her sister while
Read More 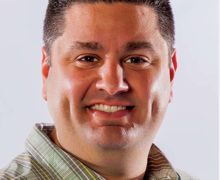 Mat Faulkner (’02) is the founder and chief idea officer of Think Idea Studio, a full-service marketing agency based in Searcy. Mat met his wife, Shelley Lawson, at Harding, and they have three sons. Think Idea Studio began with Faulkner working as a freelance graphic designer during school, expanded to a home-based agency offering graphic design, web design and photography, and eventually grew into the
Read More 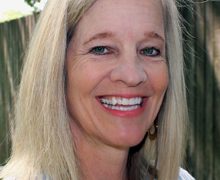 Sarah Felps Schecter (’84) found that stepping out in faith and trusting in God’s plan ended up being different than anything she had ever imagined. For more than two decades, Schecter has worked in education, and for the last 10 years she has served as the principal of the lower grades at The Oakridge School, a private school in Arlington, Texas.  “I love my kids.
Read More 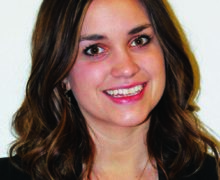 Carly Taylor Addison knew from a young age that she wanted to teach music.  “There was never really a question of what I wanted to do,” said Addison. “I had really excellent music teachers from kindergarten all the way through college. I saw firsthand what they were doing and wanted to do it when I got older.”  Addison grew up in the Irving, Texas, School
Read More 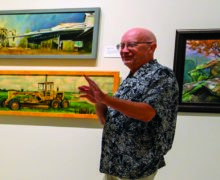 In October, a little more than 50 years after he graduated, Daniel Coston’s (’68) paintings were displayed in the Stevens Art Gallery on campus. The collection consisted mostly of Arkansas scenes with the addition of a few southern Delaware landscapes, several portraits and a painting from his time as a student in 1967 that Dr. John Keller, chair of the art department, pulled from the
Read More 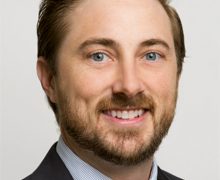 If you asked Craig Vick what led him to accounting, he would say he “owes a great deal of his career path” to the different people and relationships he’s formed along the way. Vick grew up a half-hour from Atlanta in Snellville, Georgia. When he graduated from high school he knew he wanted to attend Harding and work in the business world, but he didn’t
Read More 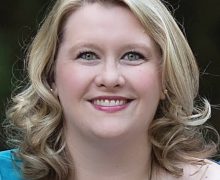 Dr. Lynsay Waller Brautnick always intended to be a doctor, but her path did not follow what one may call a traditional route. It all started with an announcement at the dinner table when Brautnick was in third grade: She was going to be a physician when she grew up. “I don’t know where [the idea to be a physician] came from,” Brautnick said. “My
Read More