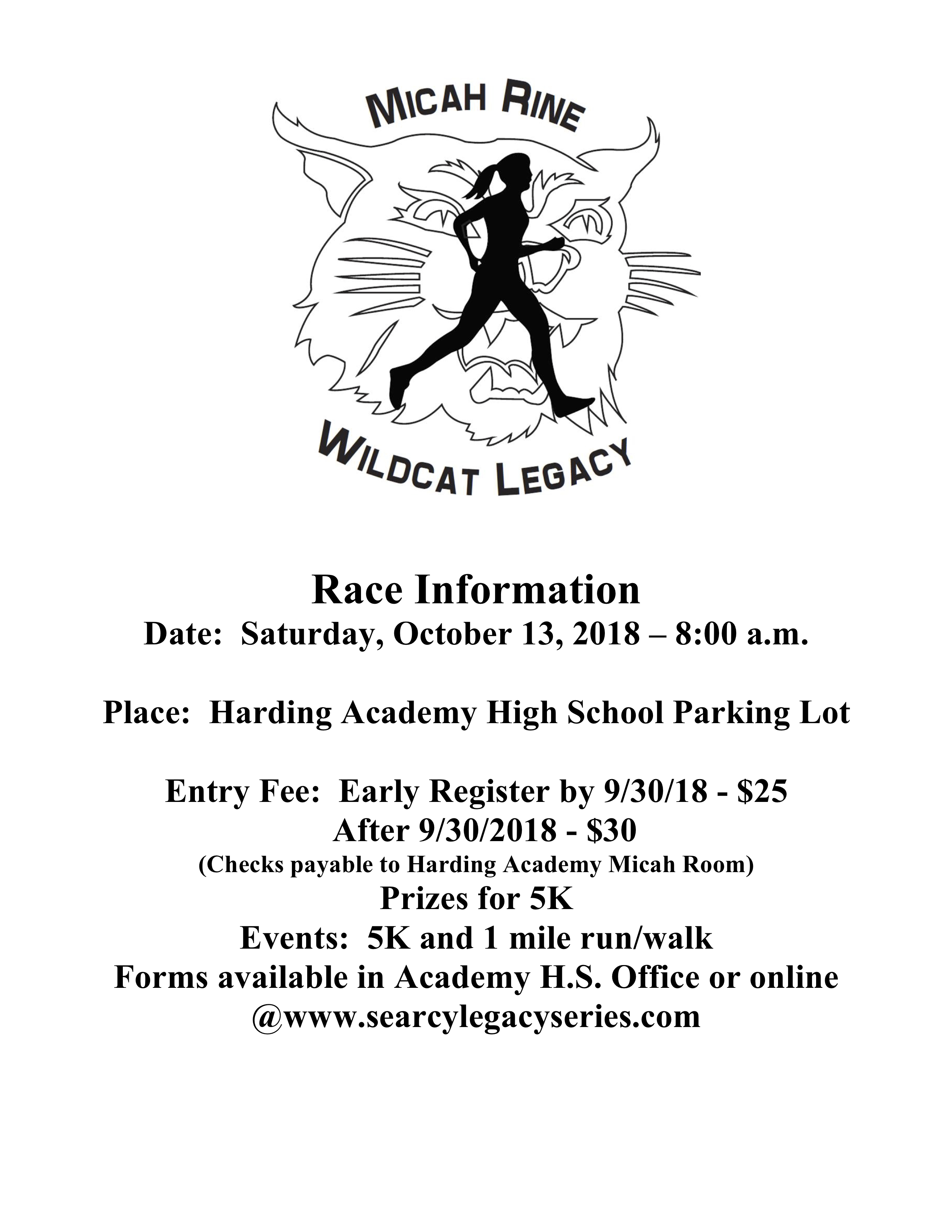 Oct. 10, 2018 — Harding Academy hosted the eighth annual Micah Rine Wildcat Legacy Race at 8 a.m. Saturday, Oct. 13. The race began at the Academy campus and included a 5K race and 1-mile run/walk. The event is named for Micah Rine, a former Harding Academy and Harding University student who was murdered in 2009 at age 26.

“Micah was a runner and loved the Academy,” said Dennis Rine, Micah’s father and Academy teacher and counselor. “The race seemed like a natural way to honor her and raise money for the women’s workout room and scholarship named in her honor.”

Dennis and his wife, Terri, have played an integral part in the race since its inception, and they feel it is widely supported by the Academy community.

“We have had good turnouts for the race, and it is always a highlight to see Micah’s classmates come back and run in her honor,” Rine said. “Terri and I are humbled and honored to see people remember our daughter in this way.”