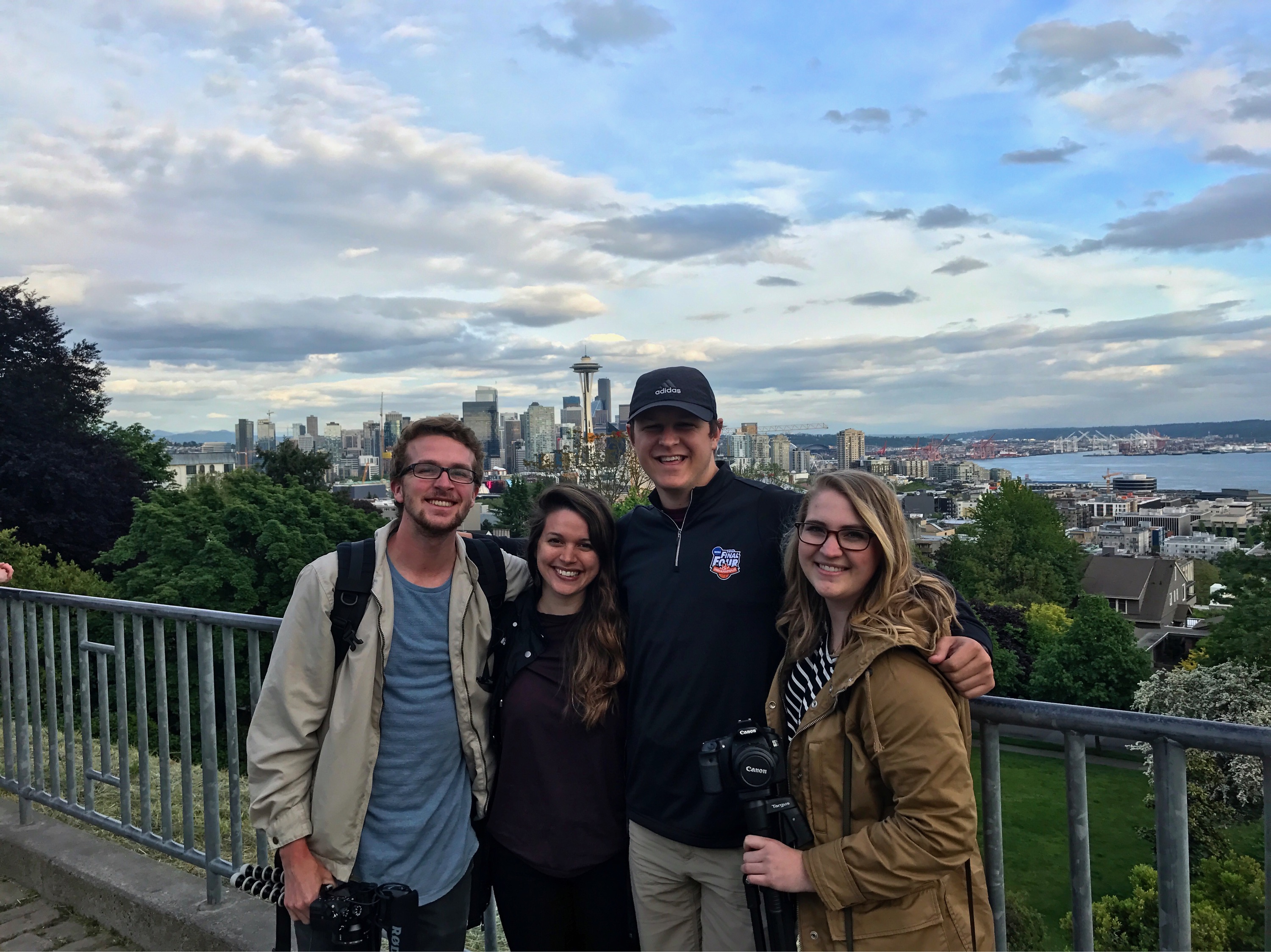 After a meeting with Dr. Andrew Baker, assistant professor of Bible and director of the Mitchell Center, in January two alumni were challenged with the task of a lifetime — to uncover the greater community of faith by traveling from Miami to Seattle with nothing but that very community to rely on.

Ben Hansen and Jacob McCall, who did not know each other before the adventure, relied on their connections in the community of faith to get them from point A to point B. They also created a video of the stories of faith they encountered, and that video was an essential part of this year’s Uplift theme, “Greater.”

“I didn’t really know what to expect from this trip, honestly,” McCall said. “I just said yes knowing that it’d be an incredible thing to be a part of.”

With an eagerness to start their journey, the two met up in the Miami airport and made their first connection — one of 113. McCall’s eagerness to get on the road overshadowed a belief that this trip was going to be strictly a project for Uplift.

“Faith-wise at Harding, you can either be at the highest highs or the lowest lows,” McCall said. “The last six months, [my faith] hasn’t been the best for me because I became complacent, not seeking my own faith, and just going through the motions as a senior in college.”

Traveling across the U.S., the two met up with close friends and rekindled old relationships, but even people they did not know stepped up to help, like a restaurant owner who paid for a meal or the couple who took them from Dallas to Denver.

“Obviously the community we encountered was church of Christ, but there’s more than just the [church of Christ],” McCall said. “The community of faith is so big. It’s bigger than you think it is, and it’s always there. It’s like one big, happy family.”

Hansen said they heard many stories along their journey of how tragedy brought people to the community of faith or even back to it.

“It does not take much searching to find pain in this world,” Hansen said. “But the stories of triumph that we heard all had one common theme: When life got hard, they brought their pain to a Christian community. That’s where lives were changed and pain became part of a beautiful story.”

After months of searching for a faith of his own, McCall said this journey to discover the greater community lead to a discovery of his own.

“I felt like God said, ‘Here’s 113 people who are going to care for you, show you my love and show what I have to offer you,’” McCall said. “He was saying that if I wanted a relationship with him, I’d have to chase after it.”

As their video was shown during each week of Uplift and campers reacted to the impact of the project, Hansen said he hoped it encouraged each person who watched it to feel challenged to be outside of their comfort zone to uncover a greater faith.

“The best thing for some of us to pray for is inconvenience,” Hansen said. “Getting put in a position where you must ask for help may bringing you more meaning in the end than if life continued its day-to-day structure. Asking for help shouldn’t be a sign of weakness; it should be a sign of community.”