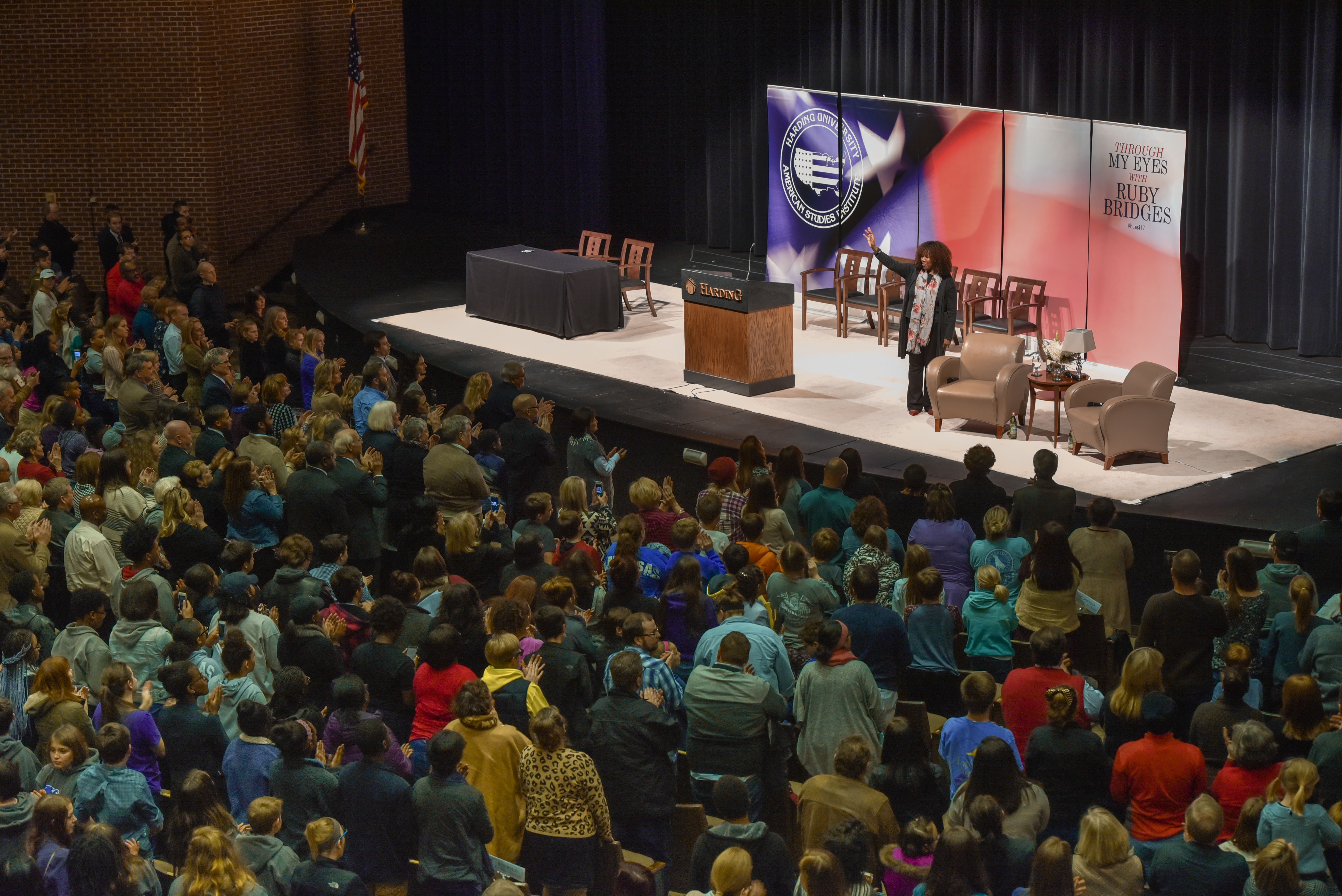 “Ruby, you’re going to go to a new school today — and you better behave!”

On Nov. 14, 1960, a 6-year-old girl was given these very instructions. Little did she know that on that day she would change the course of history forever.

Civil rights icon Ruby Bridges was welcomed to Harding University on Feb. 2, 2017, in Benson Auditorium where she shared her story with an audience of more than 3,000 students, teachers, Searcy citizens and many within and outside Arkansas. Bridges was the fourth and final speaker of the American Studies Institute Distinguished Lecture Series for the 2016-17 school year.

Bridges, the first black child to integrate an all-white elementary school in New Orleans, travels nine months out of the year to share her story through speaking engagements in primary, secondary and post-secondary schools across the nation. In her lecture, Bridges shared memories from her first day — and years — at William Frantz Elementary School.

Bridges explained that, in New Orleans, two schools had been chosen to be the first to desegregate. In order to qualify to attend one of the two integrated schools, children had to take and pass a rigorous examination. Out of 150 6-year-olds who took the test, only six passed, including Ruby. 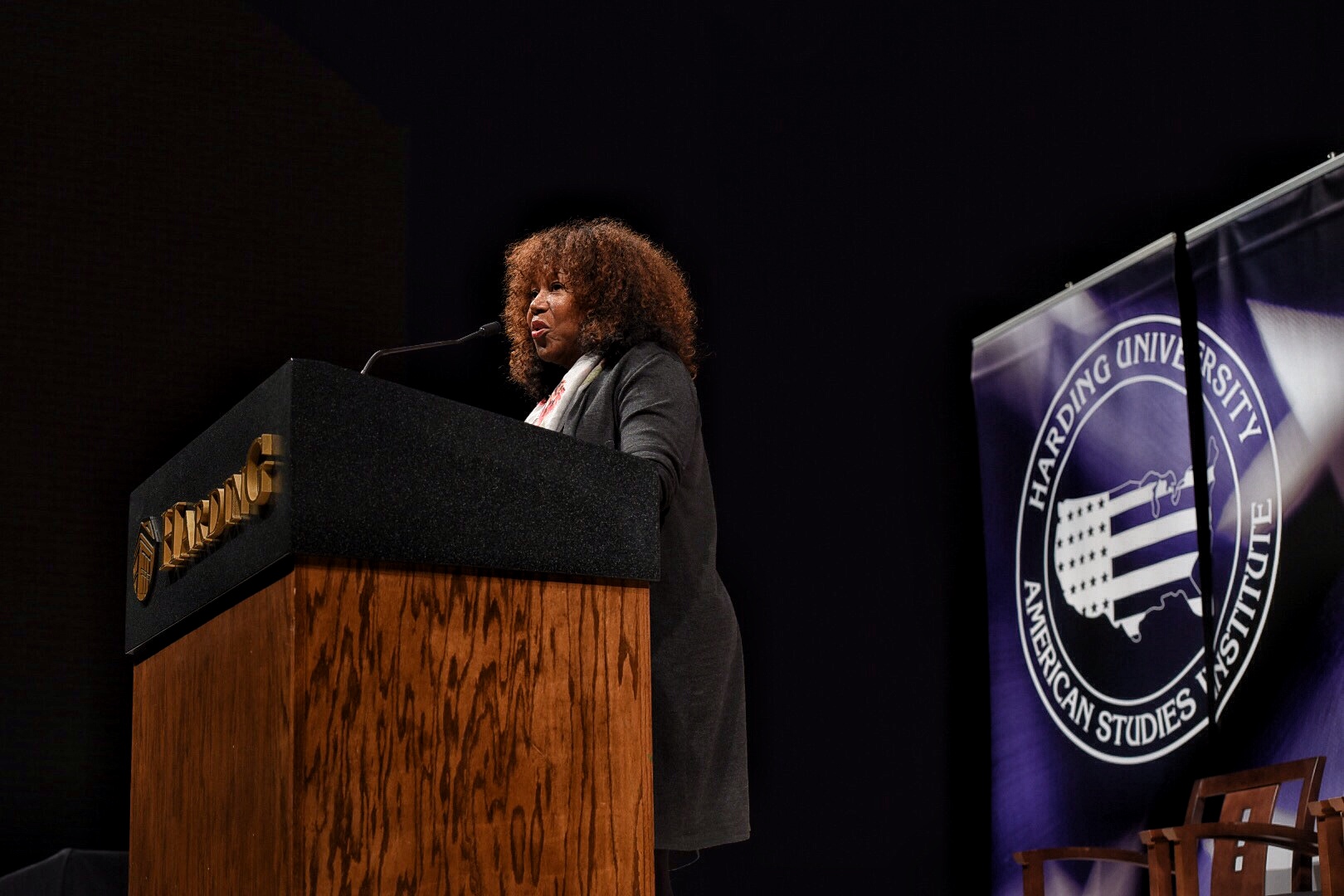 “So there it was — first day of school and I was getting dressed, and I remember the conversation,” Bridges said. “How excited everybody on our street was that I had passed this test. And the neighbors were coming over that day helping me get dressed, people were congratulating my parents, and I remember as I stood there that day, my parents never said anything to me about what was about to happen other than, ‘Ruby, you’re going to go to a new school today — and you better behave!’ and that was it.”

Bridges recalled a knock on the door that morning. When her parents opened the door, she saw “four tall, white men” standing in the doorway — the U.S marshals sent by President Dwight Eisenhower to escort Bridges to school. She says she thought that because she passed the test, she must have been so intelligent that she was on her way to college.

“Everybody came out to see this little 6-year-old go to college,” Bridges said. “And that’s actually what I thought. And it’s important for me to point that out to you because I want you to understand that it was the innocence of a child that probably any 6-year-old would actually think if you didn’t tell them anything.” 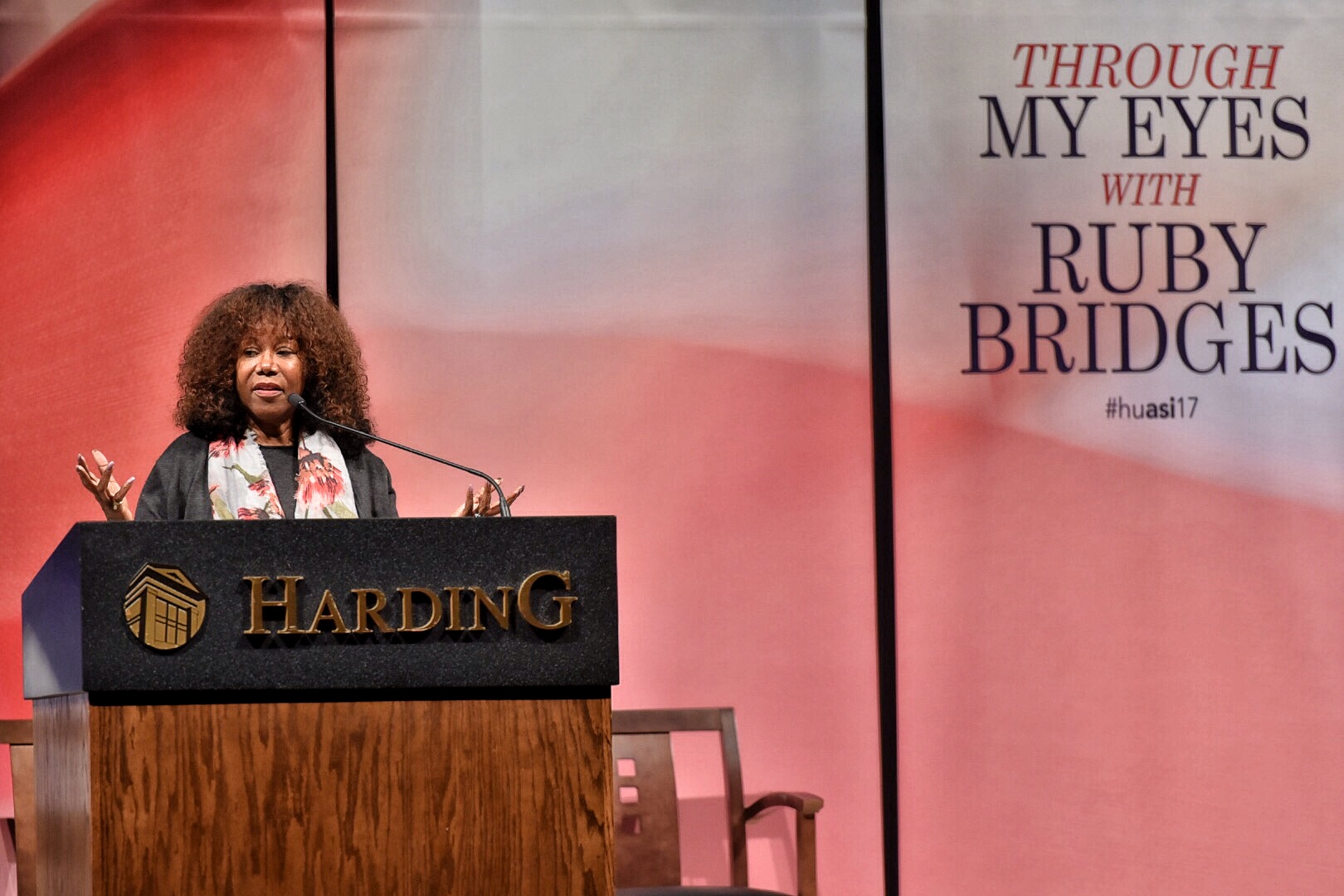 Bridges went on to explain that, on her way to school, the mobs of people on the street protesting looked like Mardi Gras to her, and she felt like she was in a parade. When they arrived at the school, the federal marshals, wearing yellow armbands, opened the car door, grabbed Bridges’ hand, and rushed her inside the building — an image depicted in Norman Rockwell’s painting “The Problem We All Live With.” Bridges recalls a chant she heard on her way up the steps and into the school.

On the second day, Bridges remembers meeting her teacher for the first time. She said that they escorted her down the hall to her classroom, and Mrs. Barbara Henry, a Boston-native, stepped outside to greet her.

“I had never seen a white teacher before,” Bridges said. “And not to mention, she looked exactly like the people outside. Honestly, I really didn’t know what to expect from her … What I soon began to realize was that she looked exactly like those people outside, but she wasn’t like them at all. Mrs. Henry was the nicest teacher I ever had. She showed me her heart. She did everything with me in that classroom. She didn’t just teach me; she was my best friend. She played games with me and read stories. We did music and art. She made school fun — so much so I never missed a day the whole year. I knew that if I just got past the crowd and into the building, I was going to have a good day.” 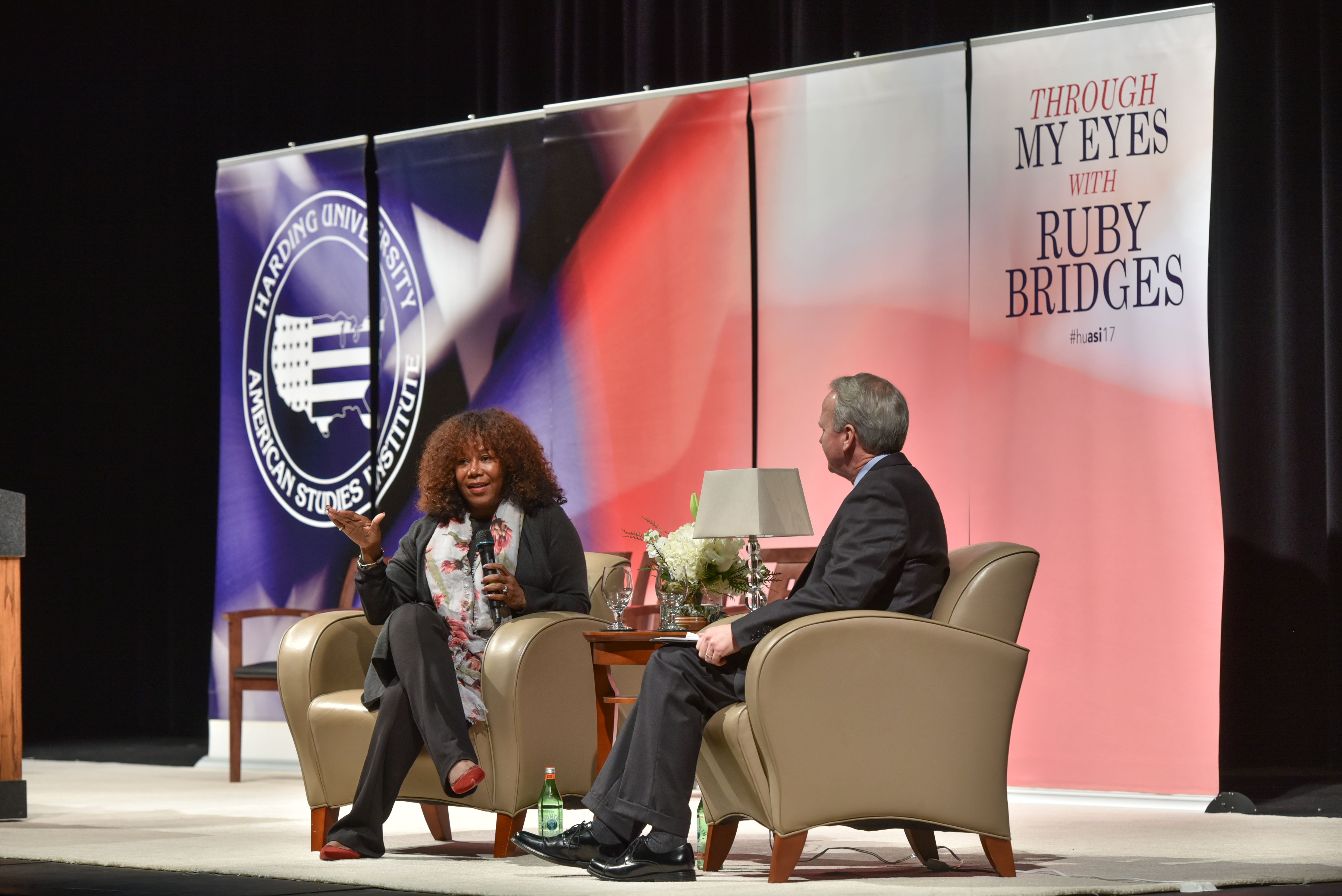 Bridges described seeing racism for the first time when a little boy looked at her and said that his mother told him not to play with her because she was black.

“Then it all made sense,” Bridges said. “I thought to myself, ‘So that’s what this is about. It’s about me and the color of my skin. It’s not college. It’s not Mardi Gras. It’s about me …’ For me it didn’t matter what the kids looked like; I just wanted someone to play with.”

Bridges ended her lecture with a challenge for all people: to be good. She invited her listeners to come together and not be fooled into thinking our nation’s problems have anything to do with what we look like.

“You see I think it’s not just the color of our skin — I don’t believe that’s the issue,” Bridges said. “I think that’s what is being used to divide us. I think what we’re faced with right now is good and evil. So I think what we are facing has nothing to do with what we look like. Evil doesn’t care what you look like. If you open yourself up to it, it will use you to do the work that it wants done. And if evil doesn’t care what we look like, why should we if we consider ourselves good? If you are, too, I don’t care what you look like. I want you to be on my team. I want you to be my neighbor. I want you to look out for my kids. And I’ll look out for yours. Because we’re all good.”