Balancing act in the sky

Along with his love for hiking, camping and all-things outdoors, a junior accounting major is finding interest in seeing the outdoors through a view from above. Harding Humphries of Midland, Texas, is in the process of obtaining a private pilot’s license while balancing a 17-hour course load in the Paul R. Carter College of Business Administration. Humphries said the peculiar extracurricular has taken him to new heights.

“I enjoy hiking, camping and really anything outside,” Humphries said. “I think that’s part of why I love flying so much because it just gives you a really good view of everything that God created.”

His love for flying started at an early age from the first time he flew on a plane. The long-lived interest in aviation has helped Humphries strike a balance between managing school work and the flight training and ground school required for his license.

“School is a lot as it is, and adding [flight training] on top of it can be hard to handle sometimes, but it is definitely manageable, and it’s not as hard as I would have thought it was,” Humphries said. “I think it’s just because I love doing it so much.” 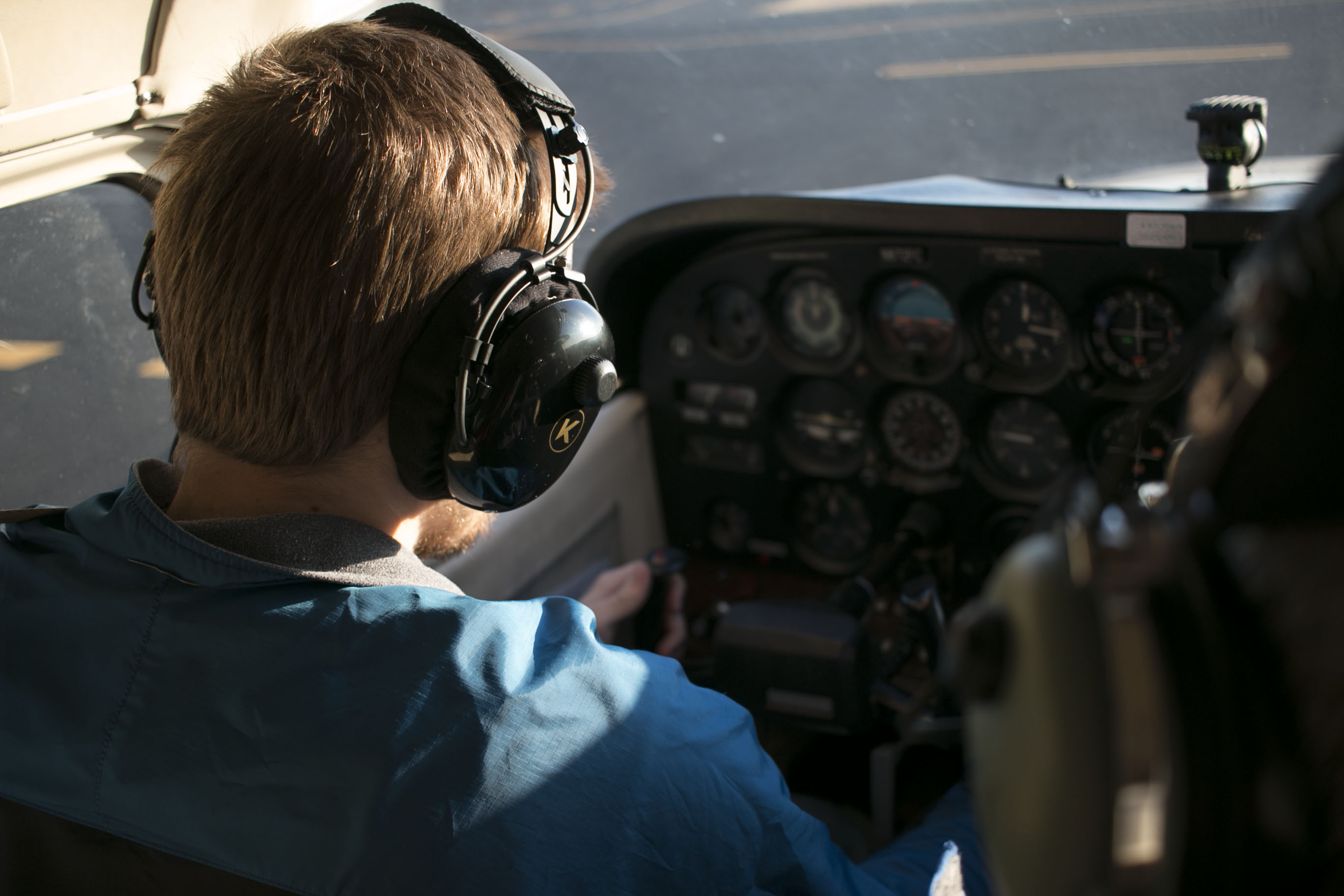 While he sees flying as just a hobby for now, Humphries said there are definitely opportunities to put his private pilot’s license to use in the future. In a discussion with Gary Jackson, instructor in the College of Bible and Ministry, Humphries learned of ways to use his high-flying hobby for a higher purpose.

“Bush pilots are people, generally in remote areas, that fly much-needed supplies to people who may not have access to roads or other means of getting things as they need, specifically medical supplies and fuel. A lot of people actually do it as mission work,” Humphries said. “That’s something that I’d be really interested in, possibly moving to really anywhere that I could do it and flying as a ministry.”

Humphries challenged students to be active in pursuing interests and hobbies alongside school work.

“If you’re interested in doing something like getting your pilot’s license or anything else that’s additional to school, it might seem like a massive challenge, but it is definitely possible, and it’s definitely worth it,” Humphries said. “If you don’t try it, later on in life you might be even busier than you are now, and it might be way harder to give it a chance.”