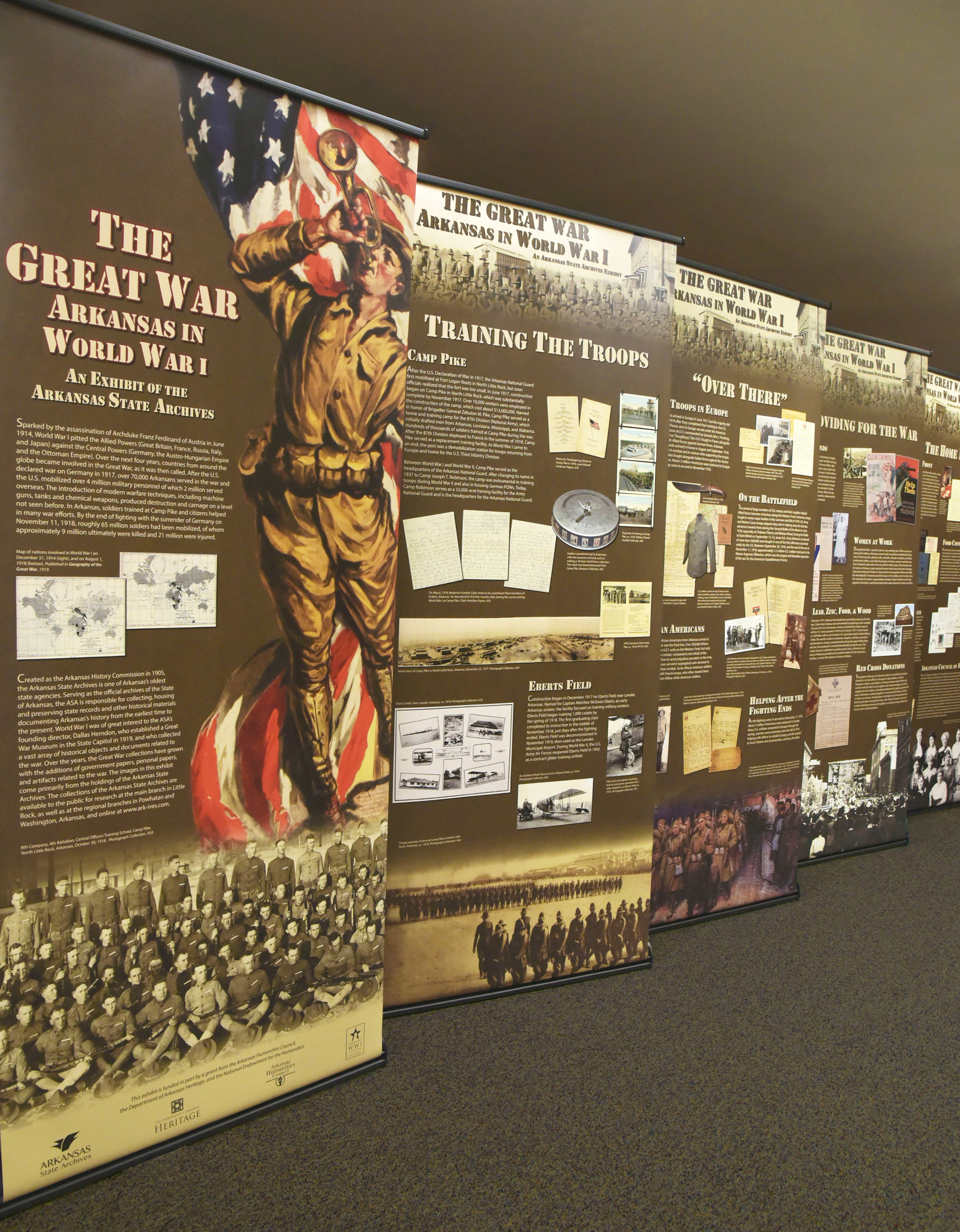 The traveling exhibit consists of 12 panels that showcase images from the Arkansas State Archives’ holdings including original documents, photographs, posters, maps and historical objects, giving a firsthand look at the lives of Arkansans during the war.

“I am very pleased that Harding University is sharing ‘The Great War: Arkansas in World War I’ with its visitors and community,” said Dr. Lisa Speer, state historian and Arkansas State Archives director. “This exhibit, created to commemorate the centennial anniversary of America’s entry into World War I, powerfully memorializes the impact this first modern, global war had on the 65 million who were mobilized, including the 70,000 soldiers from Arkansas.”

The Arkansas State Archives is located in Little Rock. It maintains the largest collection of historical materials on Arkansas in the world and is dedicated to collecting and preserving the documentary history of Arkansas. This exhibit is funded in part by a grant from the Arkansas Humanities Council, the Department of Arkansas Heritage, and the National Endowment for the Humanities.

For more information about the exhibit at Brackett Library, call 501-279-4354 or email library@harding.edu. For more Harding events, visit www.harding.edu/calendar. To learn more about the Arkansas State Archives and its collections, visit www.ark-ives.com.