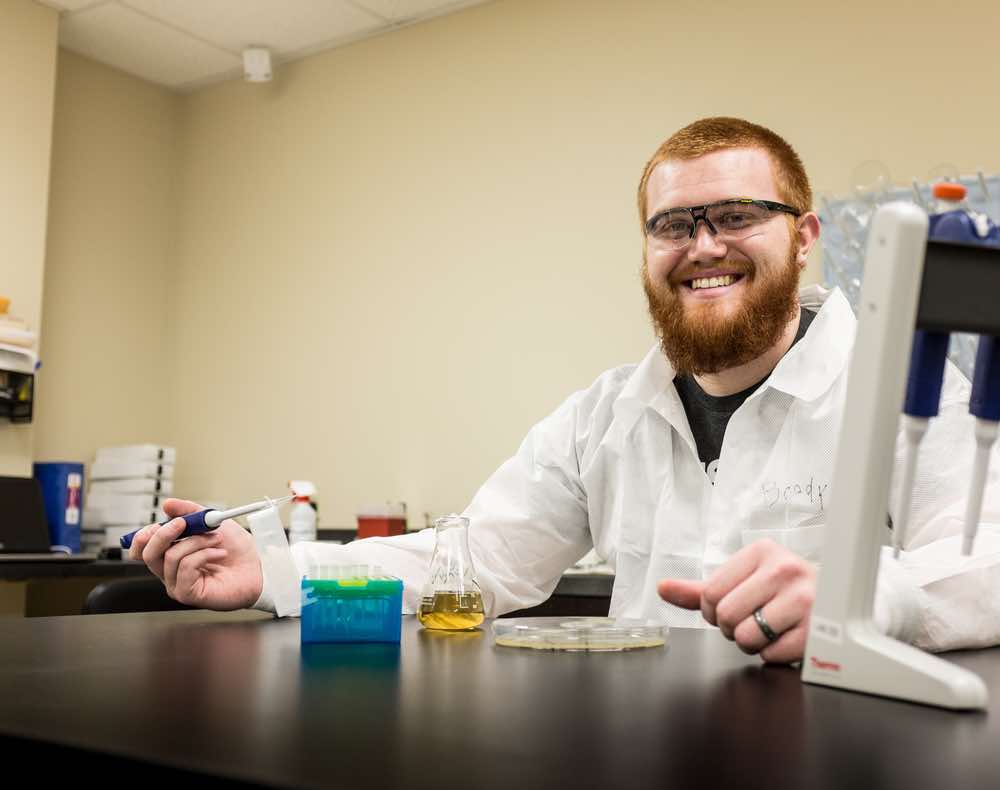 College of Pharmacy | Brady Clark always knew he wanted to pursue a career in the medical field, but it wasn’t until his mother suffered a brain hemorrhage that he began to ask questions about specific pharmaceutical drugs and their effects. During his final year as an undergraduate, Clark enrolled in the 3+1 pharmacy program at Harding to study medicine in an official capacity and take steps toward a career in pharmacy.

According to Clark, feeling prepared for graduate work and forming relationships with faculty helped affirm his confidence in the program.

“Harding did a really good job of preparing students for pharmacy school — everybody in my class who went to Harding as an undergraduate and did their course work here are top students in our class.” Clark said, “I feel like I’ve already developed a good friendship with a lot of the professors. It’s neat to know that they don’t just care about my life, but they want us to have a little bit of a social life and especially watch out for our spiritual life, too.”

During his time as an undergraduate, Clark worked with professors to develop an introduction course to pharmacy, which provides an overview to the program to help students become acquainted with general drug knowledge and prepare them with what to expect. Clark recommends those considering a career in pharmacy to take the course, try to shadow a pharmacist and talk with some of the faculty.

“A lot of people think pharmacists count pills and that’s about it, but there’s so much you can do with pharmacy besides just retail.”

According to Clark, the biggest challenge to being a pharmacy student often comes down to balancing life and school, especially as a married student.

Clark feels that, though Harding’s pharmacy school is a different environment from Harding at the undergraduate level, it provides a unique opportunity to build relationships with students with backgrounds different from his own.

“There really is an opportunity to serve and to be a leader,” Clark said. “I’m sure it’s this way in any field, but there’s so many ways to serve. I’ve known that I’m going to go out to the field and be a pharmacist to counsel and care for people, but I’ve actually found different ways to serve and see that God can use you in school as well just by being an influence.”

After finishing graduate school, Clark hopes to complete a residency and possibly go on to teach.