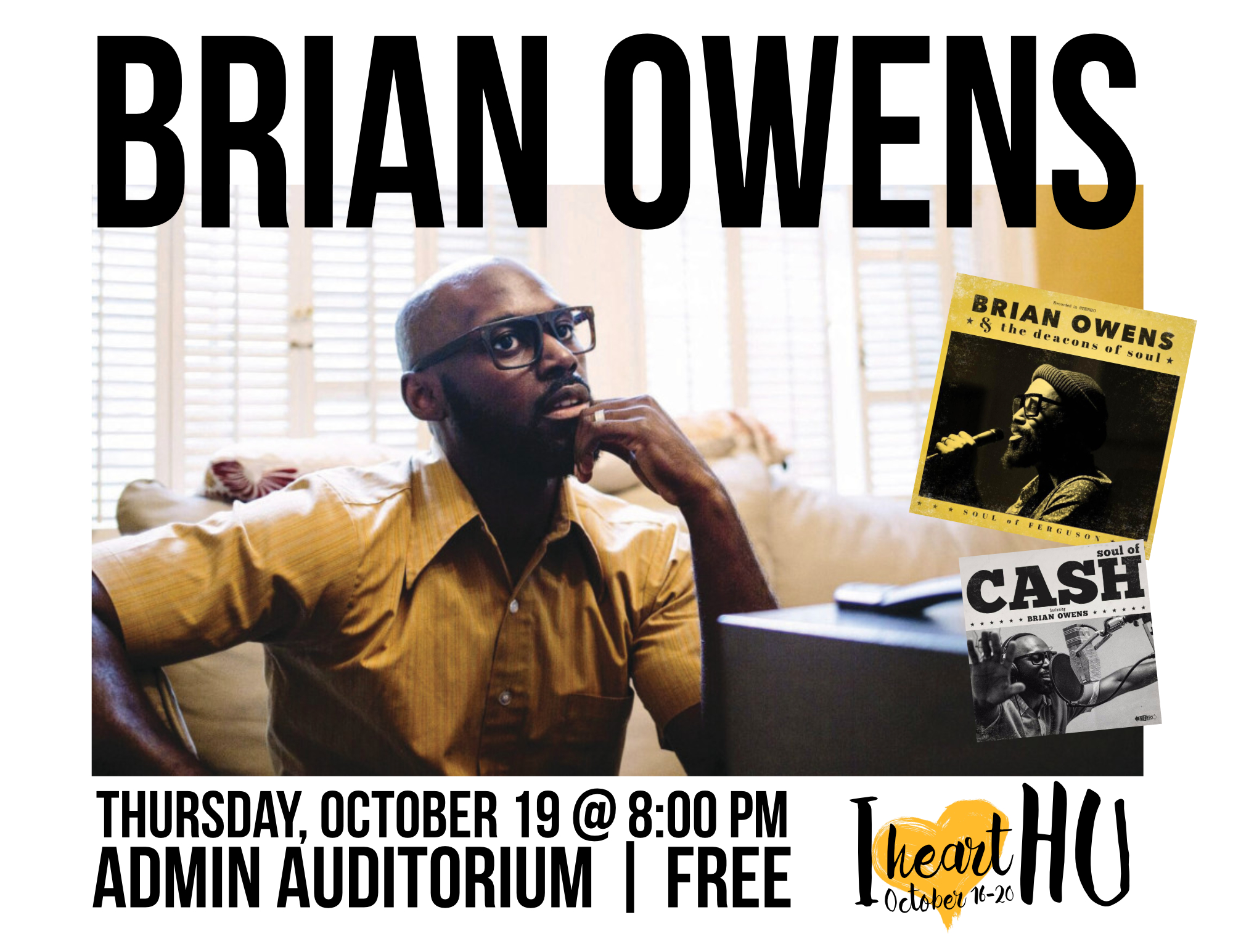 The University’s Campus Activities Board will host a free concert with Brian Owens at 8 p.m. Thursday, Oct. 19 in the Administration Auditorium as part of the annual I Heart HU week.

Owens was first recognized as one of the lead singers in the Air Force band Sidewinder that became a YouTube sensation performing covers songs such as “Rolling in the Deep” by Adele, “Empire State of Mind” by Jay-Z featuring Alicia Keys, and “Forget You” by Cee Lo Green. The band also made several TV appearances on shows such as “The Ellen Degeneres Show,” “Entertainment Tonight” and “Fox and Friends.”

As a solo artist, Owens has been recognized as the next great voice of American soul. His debut album, “Moods and Messages,” is a self-proclaimed soundtrack to his journey as a soul artist. From social awareness to loving tributes to family, Owens masters the art of effortless lyrics and melodies to deliver messages that are powerfully relevant.

Doors open at 7 p.m. For more information about this event and other upcoming CAB events, visit www.hardingCAB.com.