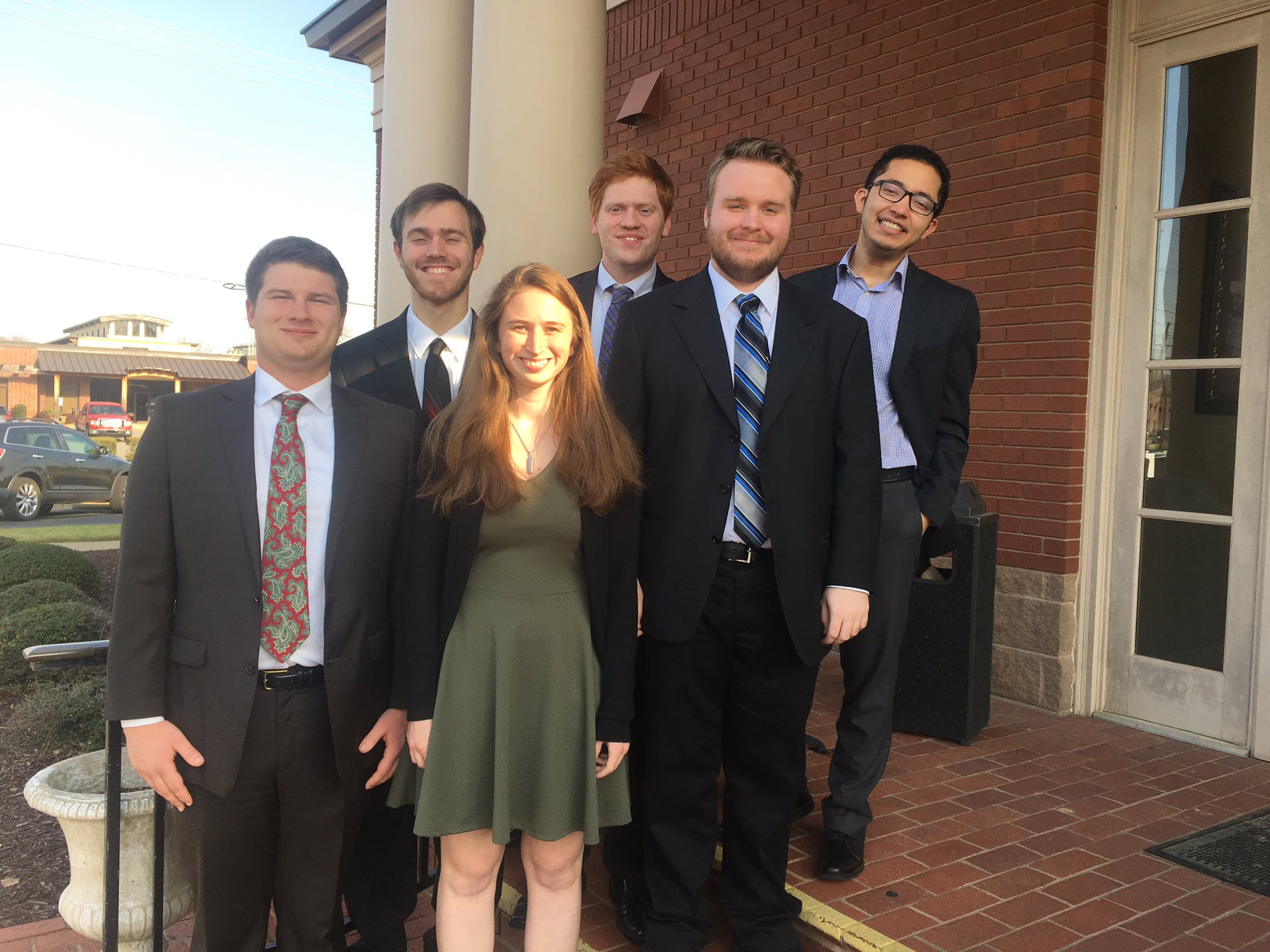 A group of six Harding students was recognized for its participation in the Donald W. Reynolds Governor’s Cup, a statewide business plan competition for graduate and undergraduate students.

The DWRGC is an annual competition hosted by the Arkansas Economic Acceleration Foundation that seeks to encourage an entrepreneurial spirit among graduate and undergraduate students and recognize them for their initiative and creativity. Students from the department of engineering and Paul R. Carter College of Business Administration teamed up to create products and a business plan.

Though they did not advance to the final round, Harding teams InCapsa and BikeBolt competed March 20 and secured a spot spots in the semi-finals:.

Team InCapsa created a small countertop appliance that could perform the tasks of various appliances, such as a dishwasher, microwave or toaster oven, by interchanging functional panels. The idea is that the InCapsa would be perfect for dorm rooms, RVs, efficiency apartments or tiny homes.

Team BikeBolt created a unique locking bicycle rack that prevents theft of the entire bike, its tires or frame. BikeBolt could be placed in parking garages permitting commuters to lock their bikes up near their workplace.

Another team, Vitele, consisting of business students Manuel Barrantes, Kyle Hoyer and Brandon Beghtol and engineering students Adam Baker, Tyler Arrington and Terah Smith, competed in the final round with 35 other teams March 30. Vitele won the Innovation Award and a $5,000 cash prize.

Team Vitele created a biometric vest, which could be worn to simultaneously record EKG information, record heart and lung function; take blood pressure; and measure a galvanic skin response to indicate amount of sweat generation. The information could be uploaded via a wireless link and sent to the physician in an encrypted format to comply with HIPPA laws.

The Waldron Center for Entrepreneurship and Family Business opened in September 2016, and the center now facilitates students’ participation in the DWRGC competition.

According to Associate Professor and Director of the Waldron Center Ken Olree, the competition was a great experience for him as well as for the students.

“The Waldron Center is doing everything we possibly can to support entrepreneurial endeavors for both our students and the community,” he said. “The Donald W. Reynolds Governor’s Cup competition is a great way to learn how to write a business plan and to have fun at the same time. Our students have all learned a great deal from the process.”

Olree also said each team succeeded in what they learned during the competition.

“They had some really great ideas and put together some solid business plans around those ideas,” Olree said. “I’m thrilled that most of our teams had some underclassmen who will consider competing again. Just having been through the process will give them a great advantage for future competitions or when they present new business plans to a banker or investor to make their great ideas come to life.”

According to Barrantes, Vitele worked very hard to advance so far in the competition. He said he was thankful for the Waldron Center’s support throughout the process.

“We really couldn’t have done this without [the Waldron Center],” he said. “They prepared us for several weeks and months to have our project done. We also have support from the engineering department and great feedback from the communication department. It was great to see faculty and students from different departments encouraging us and supporting each of the phases of our business plan.”

Olree said he was so proud of every team that competed in the DWRGC competition.

“Team Vitele winning the Innovation Award was great, but I’m just as proud of all the other teams that competed. They all worked really hard and learned so much. I’m looking forward to even greater success in the future.”