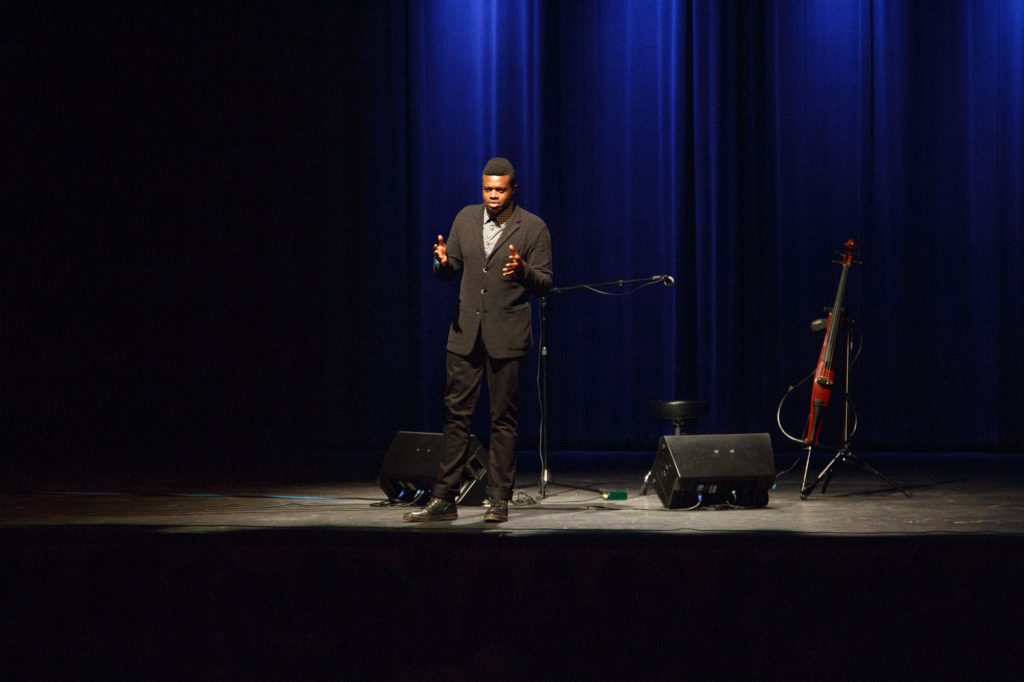 He’s a graduate of Yale University. He’s fluent in Chinese. He won second place in the “Celebrate and Collaborate with Yo-Yo Ma” international competition. His YouTube channel has received millions of views. He’s performed at Carnegie Hall twice as a soloist on the cello and saxophone. He beat boxes and plays the cello at the same time — an art form he calls celloboxing. And he also puts God at the center of everything he does.

Campus Activities Board hosted Pentatonix beat machine Kevin (K.O.) Olusola on Oct. 4. Olusola spoke to an auditorium of students about his path to stardom and how he came to pursue career in music with Pentatonix.

“We have been so blessed to do so many amazing things in this industry,” he said. “I cannot even begin to tell you how it blows my mind every single day. The craziest thing to me is that I never wanted a career in music. I hated practicing. I never wanted to do it. God had to break me down for me to be prepared to answer his call to do music.”

Throughout the presentation, Olusola told stories about his life and shared lessons he’s learned from experiences in the music industry and life in the spotlight.

“God is not a minute too late; he is not a second too early. His timing is perfect.” -Kevin Olusola

Olusola grew up in Owensboro, Kentucky, where his parents first realized he had musical talent. They enrolled him in piano, cello and saxophone lessons. Olusola said he participated in a large variety of musical organizations for youth, but it was not something about which he was passionate and wanted to pursue as a career. 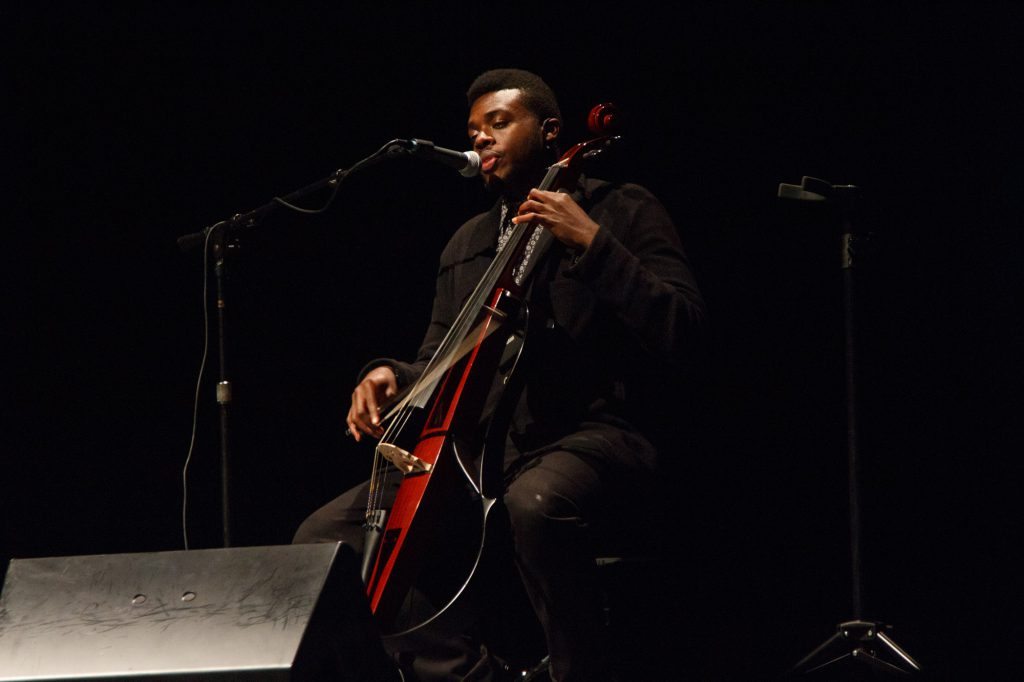 He attended an exclusive boarding school and then began college at Yale University where he was premedicine and also majoring in East Asian studies. As a part of his Yale fellowship, he spent 18 months studying abroad in China becoming fluent in Chinese.

“I was setting myself up for a very good career in medicine, and while I’m at this amazing academic institution studying premed, God knocks on my heart and says, ‘Hey, OK. It’s time. I need you to do what I’ve called you to do.’”

While studying in China, Olusola said he had a teacher who asked him if he had ever considered pairing his beat boxing with playing the cello. He began experimenting with paring sounds with music he would play on the cello. After receiving positive feedback on what he had created, Olusola said he felt called to pursue music as a career.

“I didn’t know what to do. I was very confused and very torn,” he said. “Once again, he had broken me down. I was very prepared to hear that call, and I was very torn as to what to do with it. The most uncomfortable decision of my life was to go into music.”

Olusola began sharing videos on YouTube and eventually was asked to join four other musicians to participate in NBC’s “The Sing Off.” Their group, Pentatonix, won the third season in 2011 and has since garnered more than 10 million YouTube subscribers, released four studio albums, and sold approximately 1.5 million albums. They have toured all over the world, and the group even performed on campus in 2012.

“When you heed God’s call, you realize it’s going to take time, and God teaches you patience. You have to be so patient with the things God calls you to do. God is not a minute too late; he is not a second too early. His timing is perfect.”