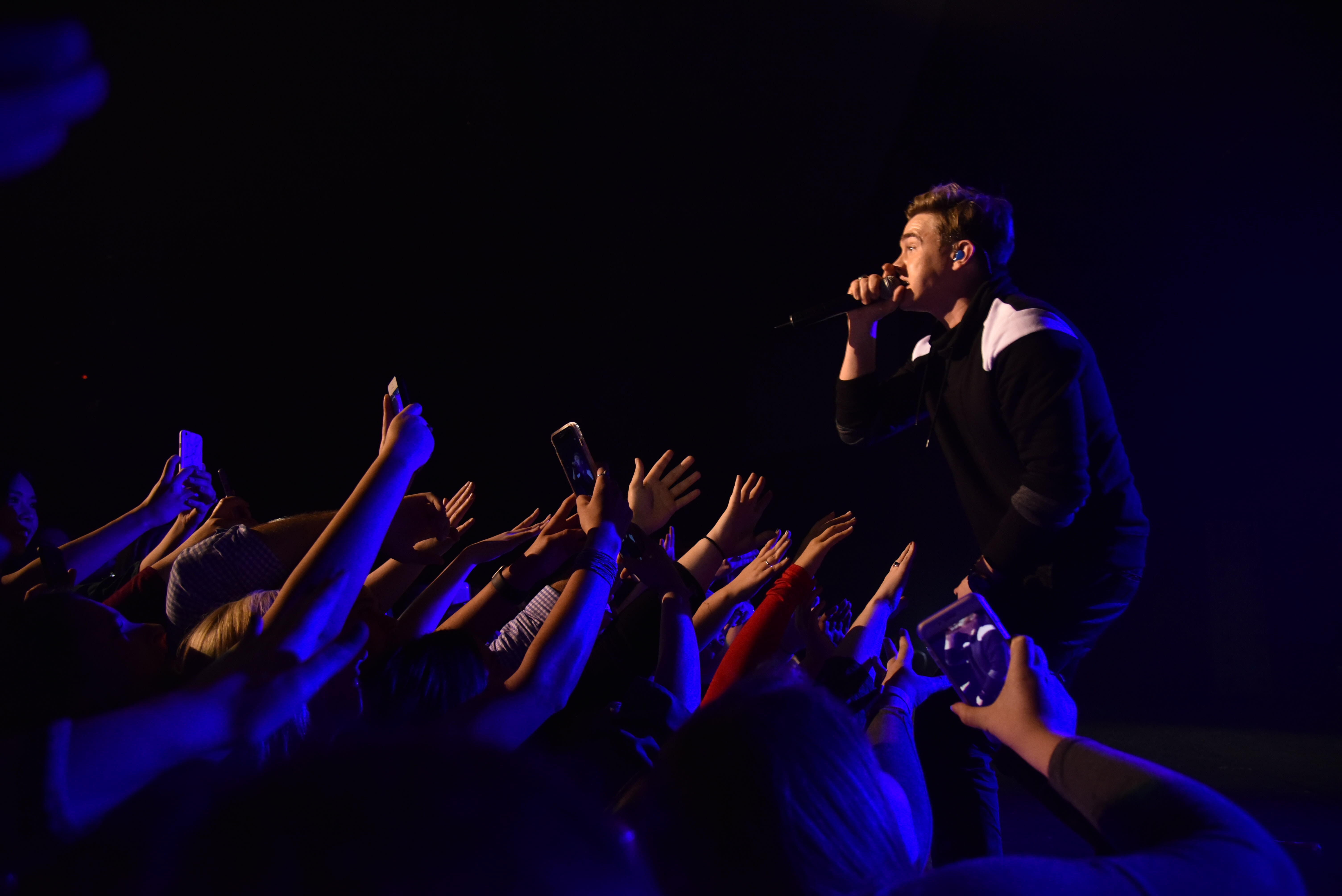 When Jesse McCartney first appeared on the Benson Auditorium stage Saturday night, he was met with a rush of screams and cheers from thousands of students and guests — and all he had to do was walk on stage. The Campus Activities Board hosted the pop singer on Feb. 18, and the record-breaking concert attracted approximately 2,200 attendees.

“When the concert was announced, I was so excited but so anxious to get tickets because I knew this would be a really big one,” senior Z’Ann Hardin said. “When Jesse came out on stage, I just let go. The night turned into shamelessly singing along to every song and just letting loose.”

Student tickets went on sale Feb. 1 at noon. In the first 30 minutes, CAB sold 400 tickets, and in 90 minutes, the Administration Auditorium had been completely sold out. The concert was moved to the Benson to accommodate more seats. Director of Campus Life Logan Light said the concert drew the largest and most exuberant crowd he had experienced since working at Harding.

“I really enjoy seeing the student body have such a wonderful shared experience,” Light said. “Our college has grown so much that it’s difficult to find opportunities for them to all come together at one event because their interests are split and there are so many different things going on.”

McCartney played a few new songs, but he opened and closed the performance with the classic tracks from 2004-08 that brought many in the audience to the concert in the first place. Light said he was feeling very nostalgic as the school year started after watching Netflix’s “Stranger Things,” which is set in the 80s, and seeing the release of the retro Nintendo. He used the design of an old Nintendo controller for the CAB pass and a viewfinder on other promotional materials.

“It was very fun to relive some of those things, so I started thinking of how fun it would be to have that for college students,” Light said. “I get excited when I know the students are excited. Music is so specialized now that you can have your own playlist on your phone with bands that no one has ever heard of, and that’s all you listen to. It’s difficult to find something that a wide berth of Harding students enjoys, so I’m very excited this was one of those cases.”

In the 24 hours leading up to McCartney’s performance, McCartney and his crew experienced a few mishaps along the way. He shared with the audience that flights were canceled and rescheduled, and they didn’t arrive in Searcy with all of their equipment and merchandise. Luckily, Searcy music shop Quattlebaum Music was able to provide a guitar that McCartney’s guitarist Dory Lobel played.

“Bobby Wright, the manager at Quattlebaum Music, has helped me out in times like this before,” Light said. “The first time was when Pentatonix came. Kevin Olusola didn’t have a cello, and we wanted him to play cello, so we went to Quattlebaum Music to get one. When Tori Kelly came, her drummer needed an extra piece of equipment for the drum set, so we got it there. They’re always my go-to, and they’re super awesome to work with.” 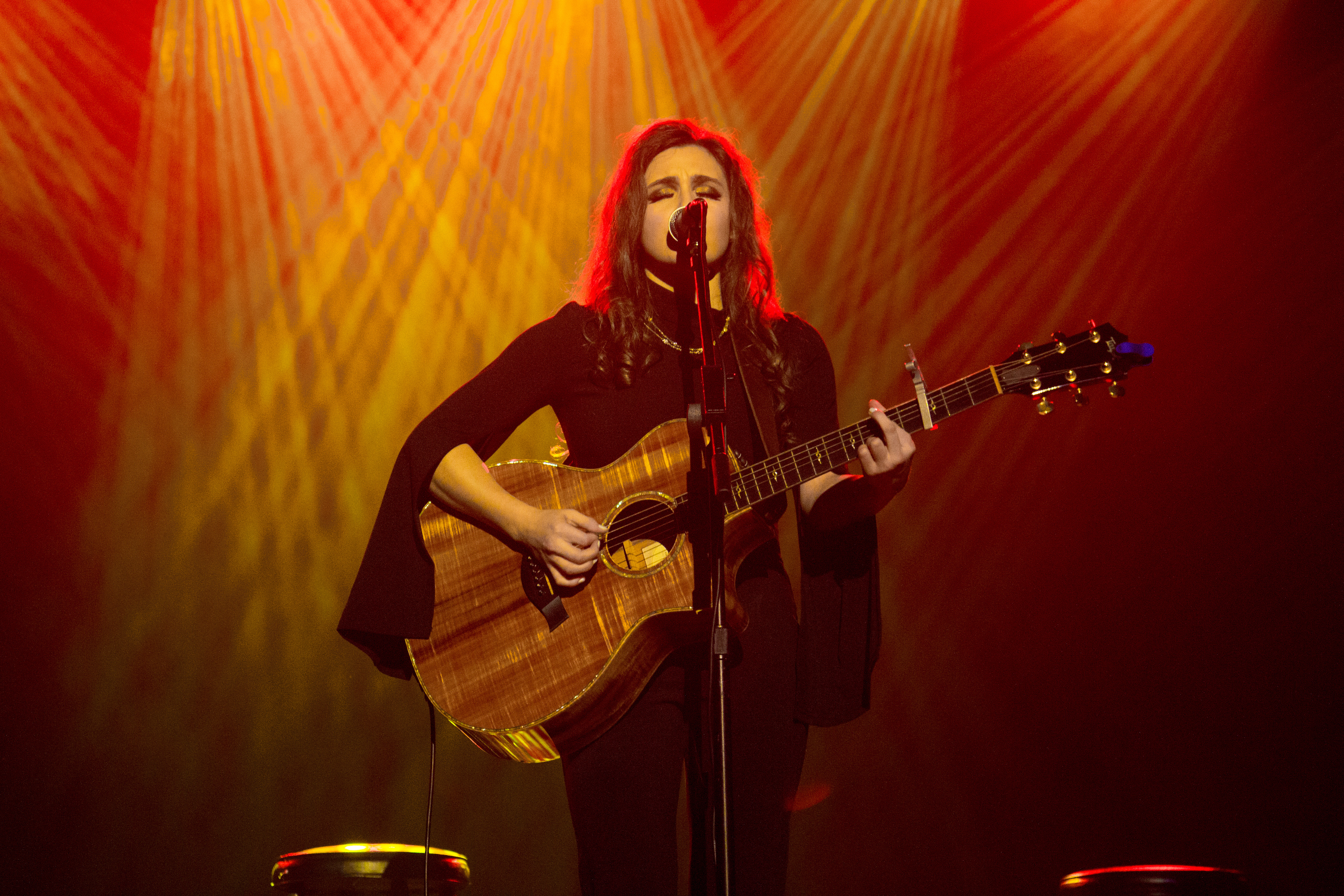 Freshman Dara Niemi opened for McCartney. Light said she is a regular performer at CAB’s open mic night and was recommended by fellow students to open for the concert.

“It helps that she’s a student, and students know her, but her engagement with the crowd was fantastic,” Light said. “I don’t think I could have asked for a better opener. It was unbelievable.”

Niemi, who was born in Searcy and has lived in Texas and Georgia, is a nursing major who hopes to ultimately pursue a career in music. She is currently traveling back and forth between Searcy and Nashville, Tennessee, working on new songs and performing. Though the largest audience she’s ever played for was 6,000, she said playing for students at Harding is her favorite crowd to play for thus far.

“When it was confirmed that I was going to open for Jesse McCartney, I was shocked and excited,” Niemi said. “Hearing the crowd screaming right before I was going on stage, it all just hit me. When Logan started talking about me and the crowd starting going crazy, I thought, ‘Oh my goodness, I’m going to have to face them.’ Once you get on stage, you can’t turn around and walk off. You’re there! The crowd was so awesome and really gave me some comfort.”

CAB has been providing concert experiences for students on campus for many years. Whether it’s an up-and-coming musician or a throwback to a 90s-pop artist, CAB has made concerts a highlight of the student life on campus.

“I love working with and for students — that’s my job,” Light said. “I work with students to plan and host events and activities, and I work for students to get entertainment here for them. Whenever I can look out in the crowd and see everyone so happy, it’s really nice.”