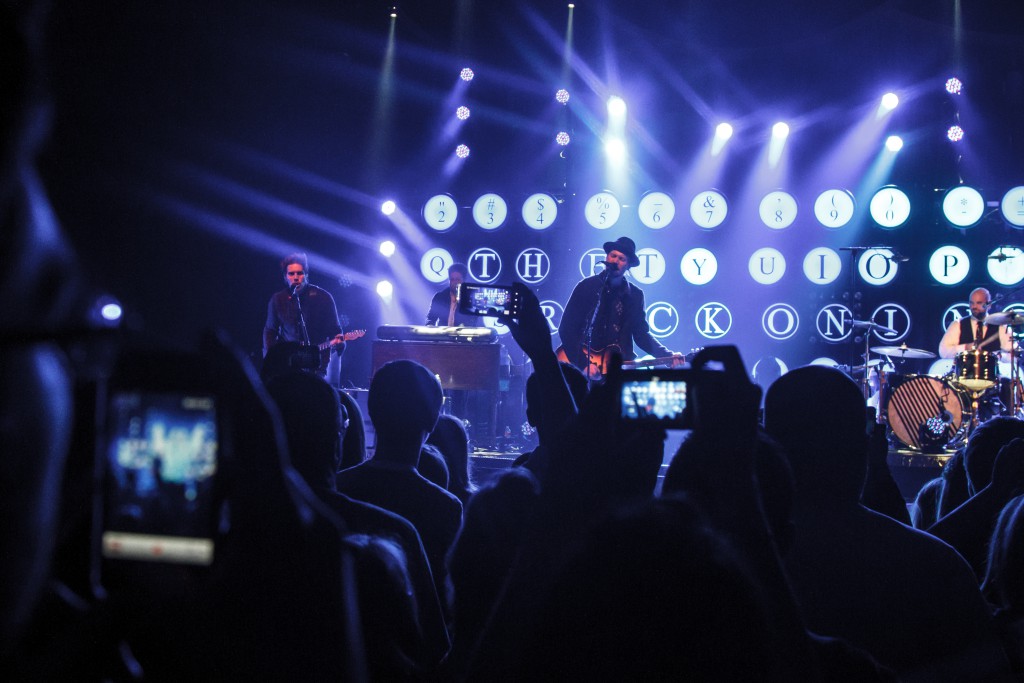 The Harding University Campus Activities Board will present NEEDTOBREATHE featuring Ben Rector April 18 as a part of the bands’ 2015 Tour De Compadres. They will perform Saturday night in Benson Auditorium at 8 p.m.

Harding has partnered with the Melodic Caring Project to live stream the concert to patients at Arkansas Children’s Hospital. MCP is a non-profit organization stationed in Seattle, Washington, whose purpose is to live stream concerts to children in hospitals who are not well enough to attend a concert. Senior Megan Smith worked MCP to arrange the live streaming of the NEEDTOBREATHE concert.

“I am looking forward to having the Melodic Caring Project work with Harding because their vision is very important,” Smith said. “This organization’s use of technology to help benefit people is interesting and impressive.”

NEEDTOBREATHE is American rock band from South Carolina featuring musicians Bear Rinehart, Bo Rinehart, Seth Bolt and Josh Lovelace. The group released their first album in 2006 and has since released four more. Their first live album comes out April 14 and features a 2014 performance at The Woods at Fontanel Amphitheatre in Nashville, Tennessee, which was one of the band’s favorite performances of the year. In 2011, the band opened for Taylor Swift on her “Speak Now” tour. They have also appeared on “The Late Show with David Letterman” and “The Tonight Show with Jay Leno.”

Rector is a singer/songwriter from Oklahoma. His latest album, “The Walking in Between,” was his first to be released on his own record label. The album follows his two independent album releases, in 2010 and 2011, which collectively have sold more than 70,000 copies. Songs from both albums have appeared on multiple TV shows and have been leaders on iTunes.

The doors of Benson Auditorium will open at 7 p.m. for the 8 p.m. show. Tickets for the general public range from $22-$32 and are available at www.hardingcabtickets.com. For more information, contact the Harding University Campus Life office at 501-279-4106.