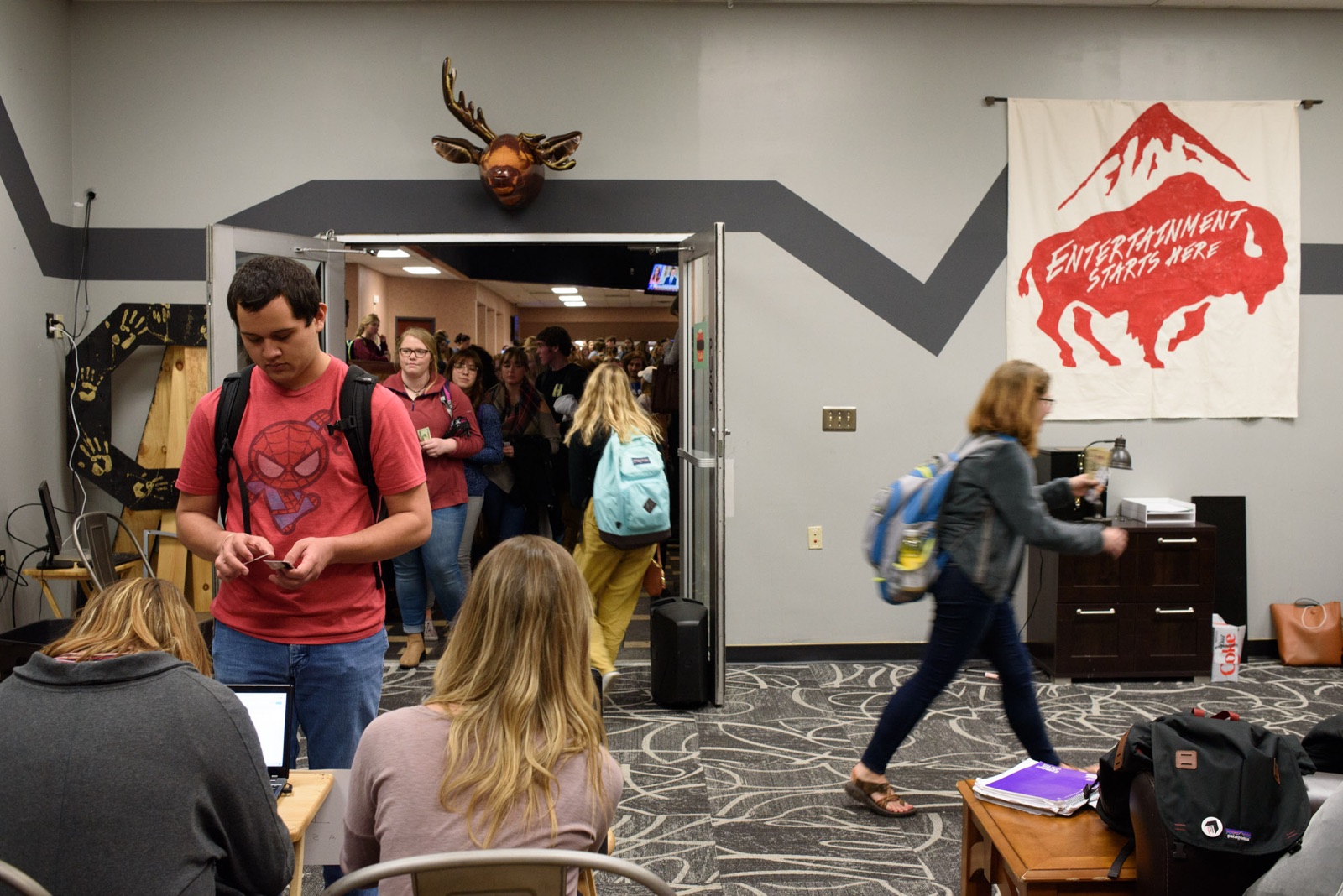 A typical college experience sometimes includes making impromptu decisions to attend a couple of concerts. These shows do not usually feature mainstream or conventional musicians but often an artist unknown to the 20-somethings attending. This spring, however, Campus Activities Board is hosting an artist many students don’t have to be educated on, and the nostalgia has the campus community excited.

To kick off 2017 campus activities, CAB will host Jesse McCartney on Saturday, Feb. 18, at 8 p.m. in the Benson Auditorium. McCartney, a pop entertainer and teen idol in the early 2000s, released his new album “In Technicolor” last summer.

Nostalgia has been an idea intertwined into CAB’s event coordination for the 2016-17 school year. Director of Campus Life Logan Light said he was feeling very nostalgic as the school year started after watching Netflix’s “Stranger Things,” which is set in the 80s, and seeing the release of the retro Nintendo. He used the design of an old Nintendo controller for the CAB pass and a viewfinder on other promotional materials.

“It was very fun to relive some of those things, so I started thinking of how fun it would be to have that for college students,” Light said. “I get excited when I know the students are excited. Music is so specialized now that you can have your own playlist on your phone with bands that no one has ever heard of, and that’s all you listen to. It’s difficult to find something that a wide berth of Harding students enjoys, so I’m very excited this is one of those cases.” 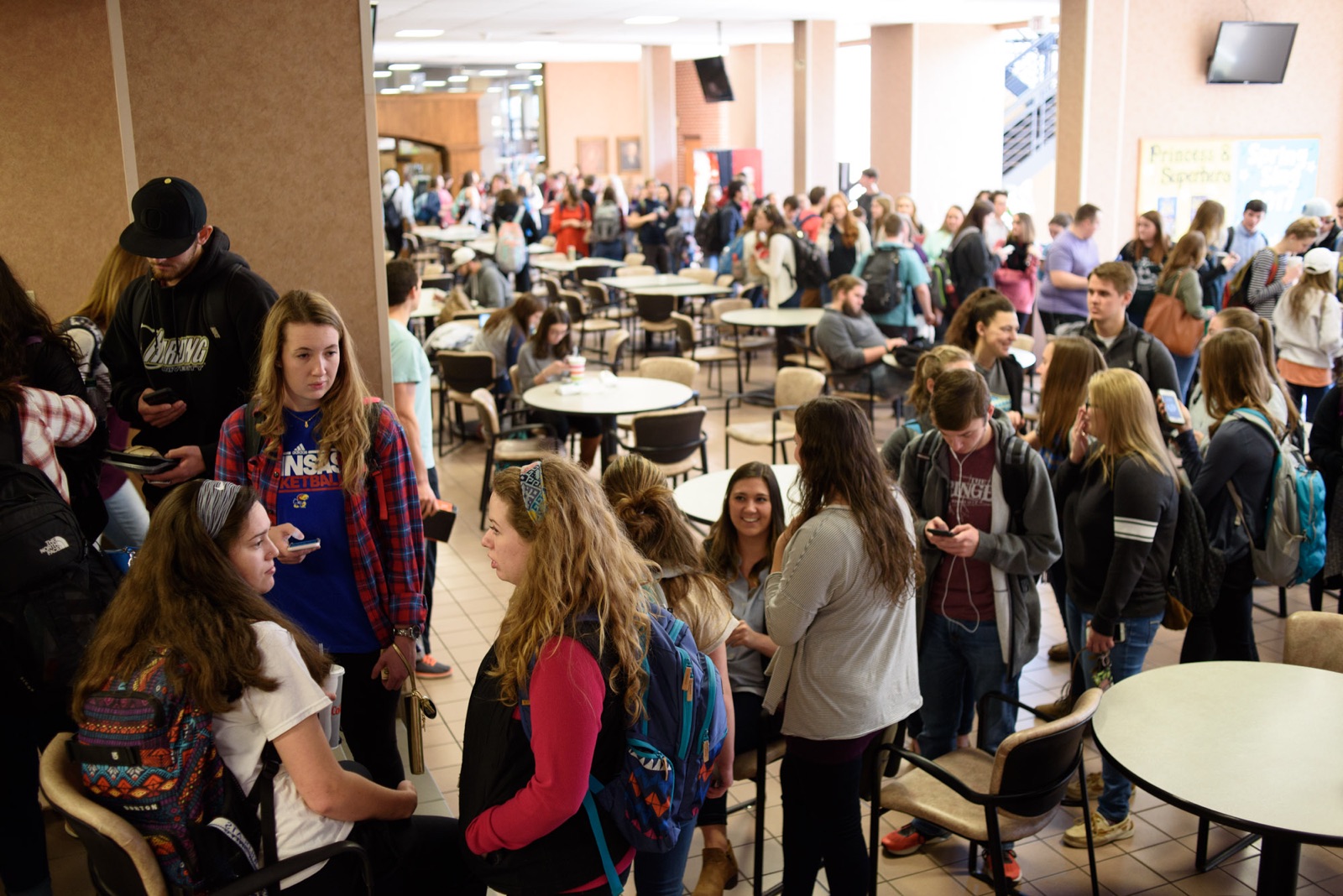 CAB has been providing concert experiences for students on campus for many years. Whether it’s an up-and-coming musician or a throwback to a 90s-pop artist, CAB has made concerts a highlight of the student life on campus.

Alumna Amy Dougan attended Taylor Swift’s concert on campus hosted by CAB in spring 2007. She said one of her favorite memories from the concert was meeting her friends in the courtyard of Pryor Hall to have dinner before the concert.

“I remember hearing her song ‘Tim McGraw’ for the first time on the radio the summer before and being so excited that she was coming to HU,” Dougan said. “We all had so much fun singing along and even tried to meet her after, but it appeared that we were not the only ones with that idea.”

A longtime fan of live shows, alumna Jami Kelley said that concerts on campus made her time at Harding particularly special.

“I loved the fact that Harding could get some of the great popular acts to come to Searcy, Arkansas, of all places just to perform for us,” Kelley said.

Kelley often makes trips back to campus for shows such as the Tori Kelly concert in spring 2016, but she says her favorite CAB concert she ever attended was as a student — Jason Mraz in fall 2010.

“It was in the Benson, and he had the largest set design made out of recycled water bottles,” Kelley said. “My best friend still gives me a hard time and says I never recycled before I knew Jason Mraz recycled.”

A memorable concert for alumna Karissa Pletta was The Avett Brothers in spring 2011.

“The very last song The Avett Brothers played was ‘I and Love and You,’ and I remember looking out over all the people and everyone’s hands were raised in unison doing the ‘I love you’ symbol in sign language,” Pletta said. “Everyone was singing. Everyone was smiling. Everyone was participating. The most impressive part of a concert to me is the realization that a group of strangers from all different places come together for this harmonious experience to enjoy and sing out the memorized words of a band.”

Light says CAB events are meant to provide students with something to get involved in. He said CAB is always thinking and planning at least one semester ahead in order to book concerts. Light also described on campus concerts as a way of providing a “harmonious experience” for students.

“Whenever we can pull together a large scale event that includes hundreds of different people all there together in one room sharing this experience, that to me is one of the foundational elements that makes Harding special,” Light said. “Concerts have a way of doing that.”

Students tickets went on sale Feb. 1 at noon. In the first 30 minutes, CAB sold 400 tickets, and in 90 minutes, the Administration Auditorium had been completely sold out. The concert was moved to the Benson Auditorium to accommodate for more seats. Online ticket sales for students began Feb. 1 at 4 p.m., and tickets for the general public will go on sale Friday, Feb. 3 at 9 a.m. and can be purchased at www.hardingcab.com