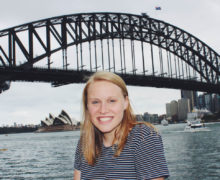 What made you decide to participate in the HUA program? I decided to do the Australasia program after learning about all of the exciting activities you have the opportunity to do on the trip! I also thought “When else will I have the opportunity to travel to Australia, New Zealand, and Asia?” Joke’s on me, because I’m ready to go back right now! What was
Read More 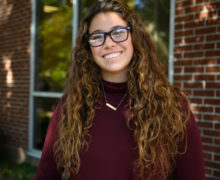 The integrative studies program gave Elizabeth Fouts even more control over combining her interests in multiple areas of study into one degree plan.  “I have always been interested in several areas of study, especially in the humanities,” Fouts said. “I was excited to learn that I could sculpt my own major to be exactly what I wanted with classes in several colleges.” Through the diverse
Read More 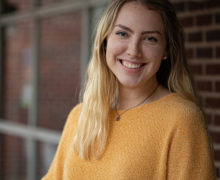 In the midst of searching for the right academic program to maximize her time left at Harding, Marlee Scaife found the integrative studies major. Marlee began her undergraduate career as an education major, but didn’t find the right fit. After looking into law school, she declared integrative studies as her major. “I was wanting to find a major that would allow me to maximize the
Read More 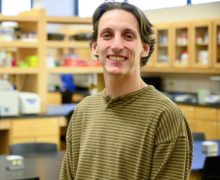 Before becoming an integrative studies major, Easton Davis was a molecular and cellular biology major, but he wanted to study how these scientific studies relate to people and society. “I have always loved learning about biology and living things, especially how they pertain to human health,” Easton said. “Harding offers amazing science courses that dive deep into the biological sciences and their effect on our
Read More 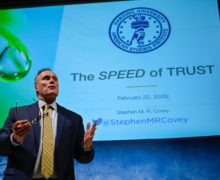 Feb. 20, 2020 The American Studies Institute hosted bestselling author Stephen M.R. Covey for the spring presentations of its Distinguished Lecture Series. Covey presented his lecture “The Speed of Trust” Thursday, Feb. 20, focusing on three main points — trust is an economic driver, not merely a social virtue; trust is the number one competency of leadership needed today; and trust is a learnable skill.
Read More 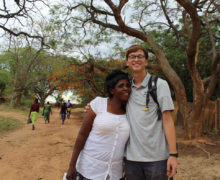 What made you decide to participate in the Zambia program? I found out about the HIZ program from one of my friends. She talked with such passion about the Zambia study abroad opportunity, so I continued to look into the program. I really loved the fact that you could minor in medical missions, and the semester would pretty much fulfill the requirements for that minor.
Read More 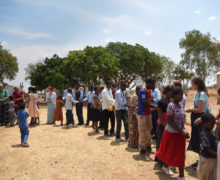 What made you decide to participate in the Zambia program? I am interested in medical mission work as a career, and through the Zambia program I knew I would be able to gain practical, hands-on experience. And now, on the other side, I can say I did get the experience I was searching for, and so much more! What was it like attending Zambia? Uniqueness
Read More 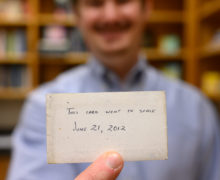 ‘This card went to space’

Instructor of Engineering & Physics Will Waldron sent his business card up to space and, when he got it back, he put it in his wallet, where it has been ever-since. The summer before his senior year at Harding, Waldron was preparing to be the Student Association president, working with Dr. Ed Wilson, professor emeritus of chemistry, and as a counselor for Honors Symposium.  Wilson
Read More 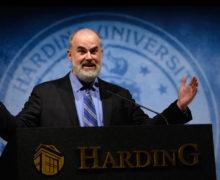 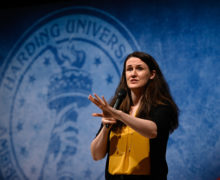 October 28, 2019 | The American Studies Institute featured Liz Murray, co-founder and executive director of The Arthur Project, to kick off the Distinguished Lecture Series. The lecture titled “From Homeless to Harvard” was Monday, Oct. 28 in the Benson Auditorium and served as the institute’s third annual Educator Appreciation Night. Murray’s lecture highlights the transformative power of education and the importance of teachers, counselors
Read More