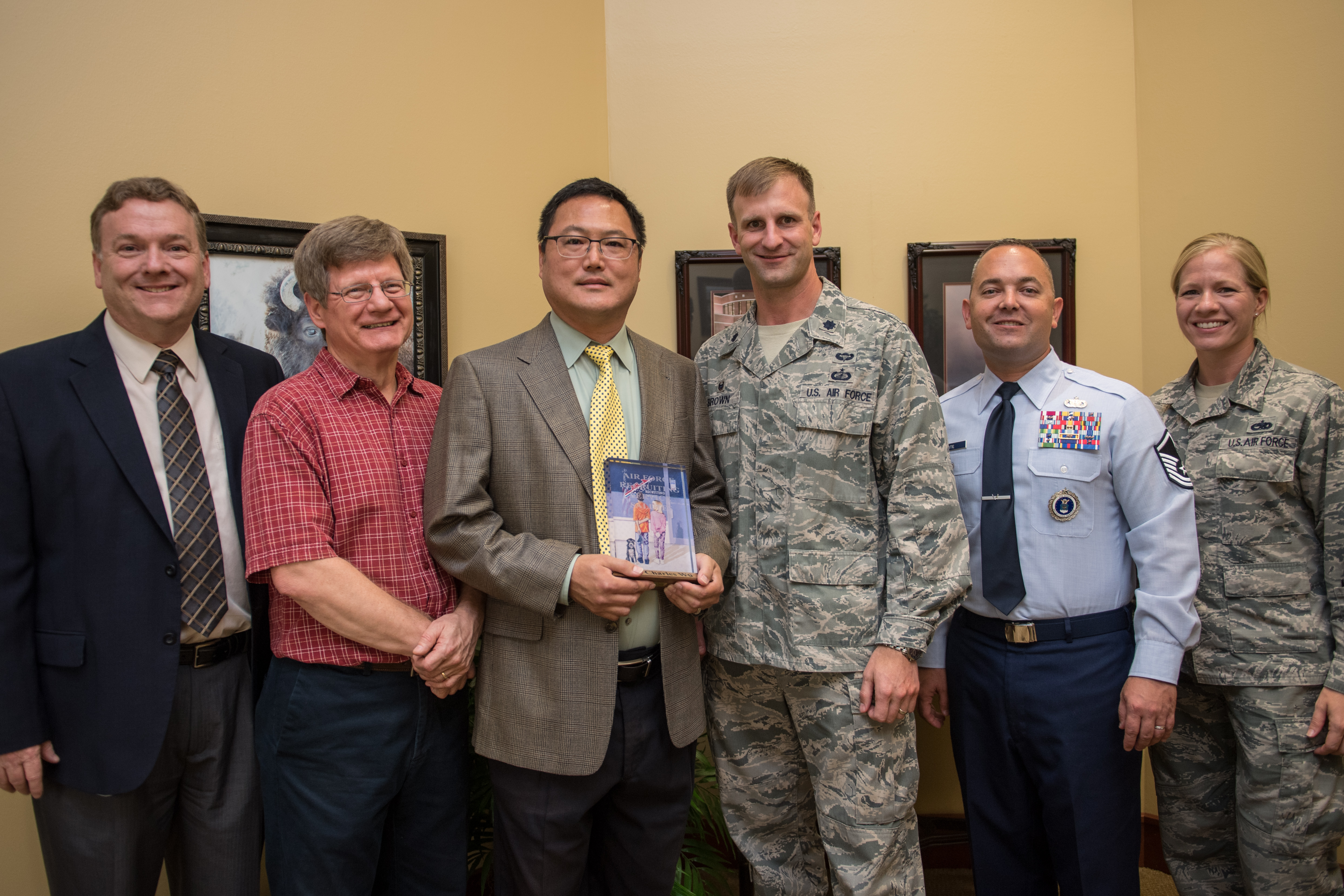 Dr. Charles Wu, associate professor in the University’s engineering and physics department, received the Air Force Salutes Award on Sept. 20. This award is a certificate given to individuals that support the Air Force Recruiting Services and was presented by Lt. Col. Joel L. Brown, Tech. Sgt. Jaclyn L. Cole and MSgt. Gregory Hite. Previously, Wu has been awarded the Air Force recruiting certificate of appreciation in 2014 and 2016.

Brown regularly conducts officer interviews and reviews transcripts where he sees Harding’s name because Wu often refers students at the University to the Air Force.

“He has referred a lot of great students to us and helped out the Air Force,” Brown said. “He continues to help out on civic leaderboards, which is great for the country,”

“This program is targeted specifically toward electrical engineers and since Harding has an electrical engineering program, they said they would love to get a program started,” Wu said. “Normally, we would invite guest speakers once a month to let us know what is going on in the industry, and hopefully, a student would get a job with them as engineers after they graduate.”

Wu shared that the real joy throughout this process has come from seeing students become successful, not receiving an award.

“I am very excited, but this is the work I have been doing for many years,” Wu said. It is more encouraging to see students that were able to benefit from this.”