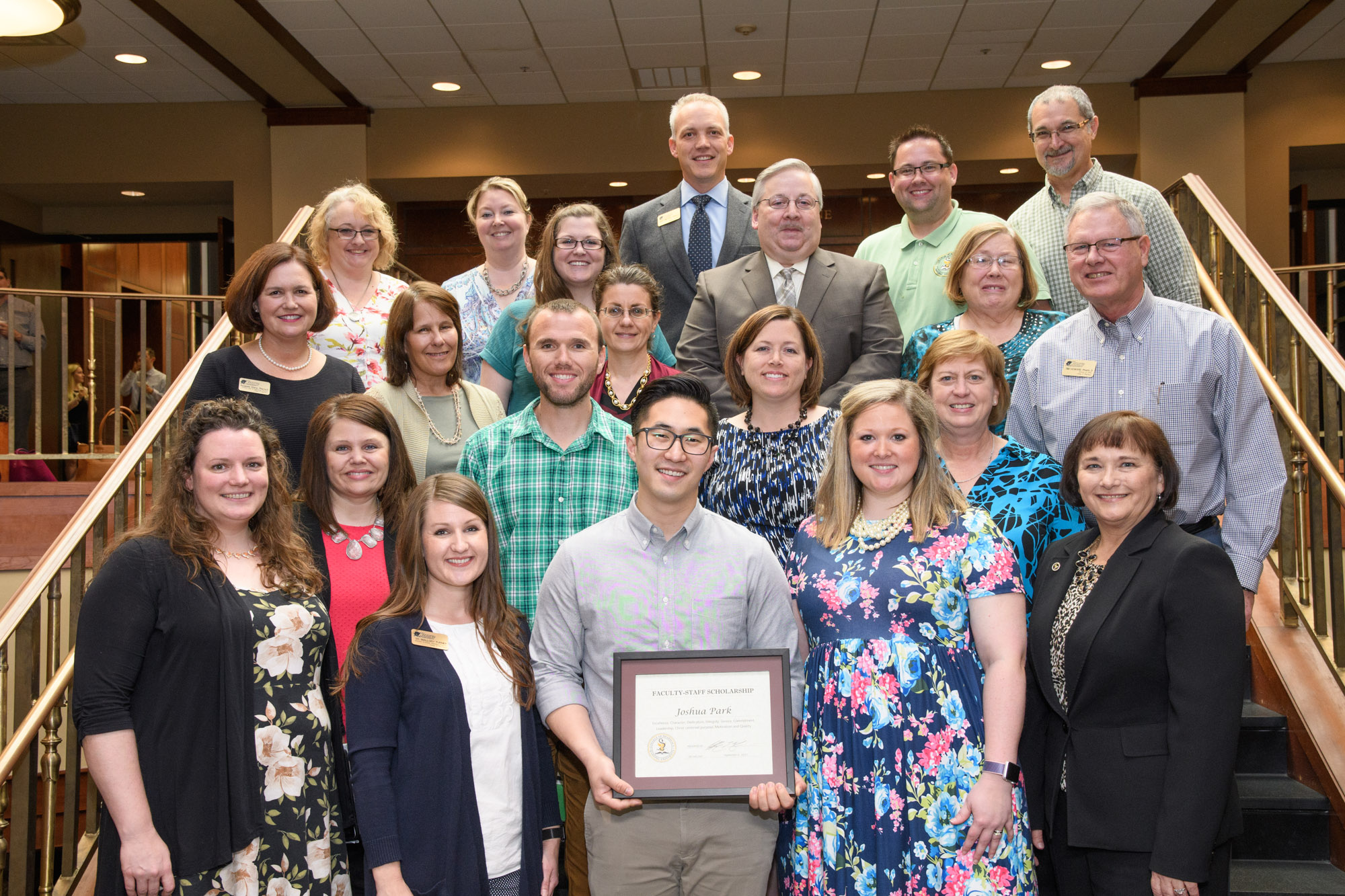 Students, faculty, staff and donors celebrated as the College of Pharmacy awarded scholarships totaling $154,259 to 38 students within the college during a luncheon held Sept. 6.

College of Pharmacy alumna Katie Skaggs was the keynote speaker for the luncheon. Skaggs spoke to her experience at Harding and shared advice to students still in the program.

“Learn to set boundaries so that the things that are most important to you don’t suffer,” Skaggs said. “Take advantage of your time here at Harding. There are so many people here who want to see you succeed: both as a pharmacist and as a person.”

Every year, faculty and staff from the College of Pharmacy vote for a third-year student pharmacist who shows not only academic excellence but also integrity, Christ-centered purpose, and a desire to serve others. Until the scholarship is presented at the luncheon, the recipient is unaware he or she has been chosen. This year’s recipient of the faculty-staff scholarship was Los Angeles native Joshua Park.

“First of all, I feel really blessed and honored, I did not expect to get anything. I thought that maybe I was not supposed to be here because everyone else’s name was on the list and mine wasn’t,” Park said. “I am really thankful to all of the faculty and staff who even thought of me. There are so many other people in our classes who totally deserve this award more than I do, so I just appreciate their choosing me.”

Parks was originally a business major but his sister, who was part of the inaugural class for the College of Pharmacy, planted the idea of enrolling into a pharmacy program. It was at her graduation that he was introduced to the faculty and staff at Harding, and they made a lasting impression on him. After completing his chemistry prerequisites at University of Arkansas at Little Rock, he applied and was accepted for the class of 2019.

“I went to a school that had hundreds of students in each class, and I could have never spoken to my professor once,” Park said. “On the second day at Harding, I had four or five of my professors’ numbers, they were texting me, and I didn’t know how to text back to professors. They would invite me to their house, and I would have dinner at my professor’s house, which was completely far-fetched to me.”

Joe Baker has been working for more than 25 years with Pharmacist Mutual insurance company, who insures pharmacists for pharmacy errors and liability concerns. Several years ago the company’s scholarship program was cut back, and Baker saw an opportunity to create a scholarship of his own and help students.

Baker chose to get involved with the College of Pharmacy because he enjoys the people at Harding and the atmosphere of a smaller school. He encouraged students to appreciate the journey that is becoming a pharmacist.

“The staff, the faculty, and especially the students, they are just a tremendous group.”

Harding University appoints three new members to board of trustees

Harding University to recognize graduates during spring commencement May 7