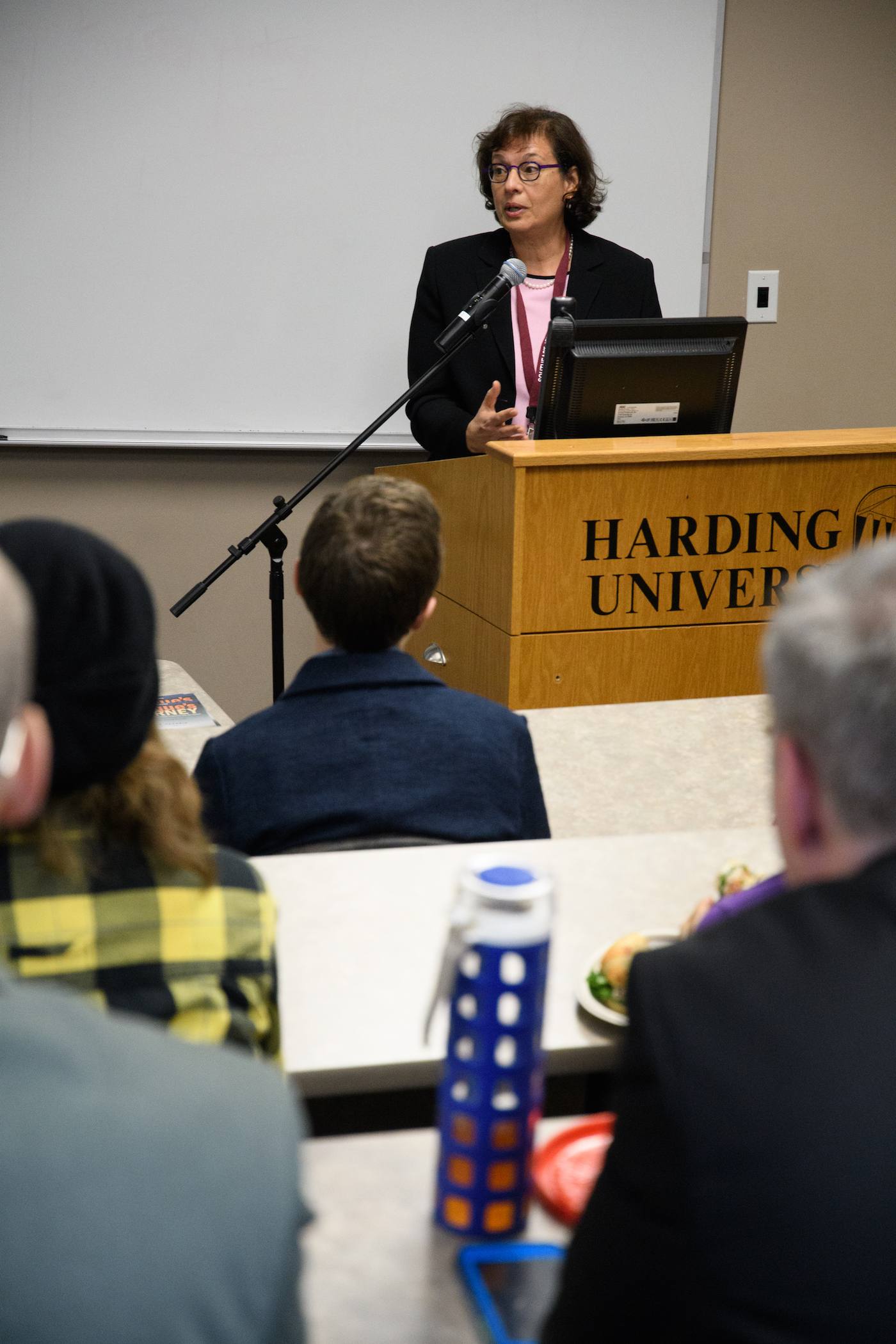 More than 300 participants gathered on the Harding University campus for the Southeast Journalism Conference on Feb. 15-17, the first time in the conference’s history to be hosted in Arkansas.

Students and advisers from 26 colleges and universities representing all aspects of student media — newspaper, yearbook, magazine, radio and broadcast — attended breakout sessions, panel discussions and awards ceremonies over the course of the conference.

Katie Ramirez, director of student publications, and Kaleb Turner, editor-in-chief of the Petit Jean yearbook, served as president and student president, respectively, for the conference. Ramirez said the conference’s success was a testament to the excellence of the University’s programs and the students who helped plan the conference and the alumni who spoke to attendees.

“This conference was a great way to highlight our many talented alumni,” Ramirez said. “We had several former students come back to lead sessions and moderate panels, and some alumni were even represented in the exhibit hall as vendors. They traveled from all over the state to be part of this conference and pass along their expertise to budding student journalists.”

Pulitzer prize-winning journalist Sonia Nazario spoke at the keynote address and pushed the student journalists to advocacy beyond their reporting. Nazario chronicled her time following the journey of a 17-year-old boy as he made the dangerous trek from Honduras to the U.S.

Russell Vannozzi, a journalism student from Lipscomb University, said Nazario’s push on advocacy struck a chord in him as a student journalist.

“She is doing fantastic work. It’s one thing to tell a story and hope someone does something to impact change, but she’s taken it into her own hands,” Vannozzi said. “That seems like a fulfilling way to combine journalism with helping people.”

For Turner as student president, seeing the conference come to fruition was a unique challenge, but reward was worth it.

“As details started to fall into place, we had to rely on an impressive group of student volunteers and committee members to make this a reality, and we actually could not have pulled this off without them,” Turner said. “It’s easy for us to understand why we love Harding so much, but it was such a privilege to get to showcase our talent and people to my peers from across the Southeast.”