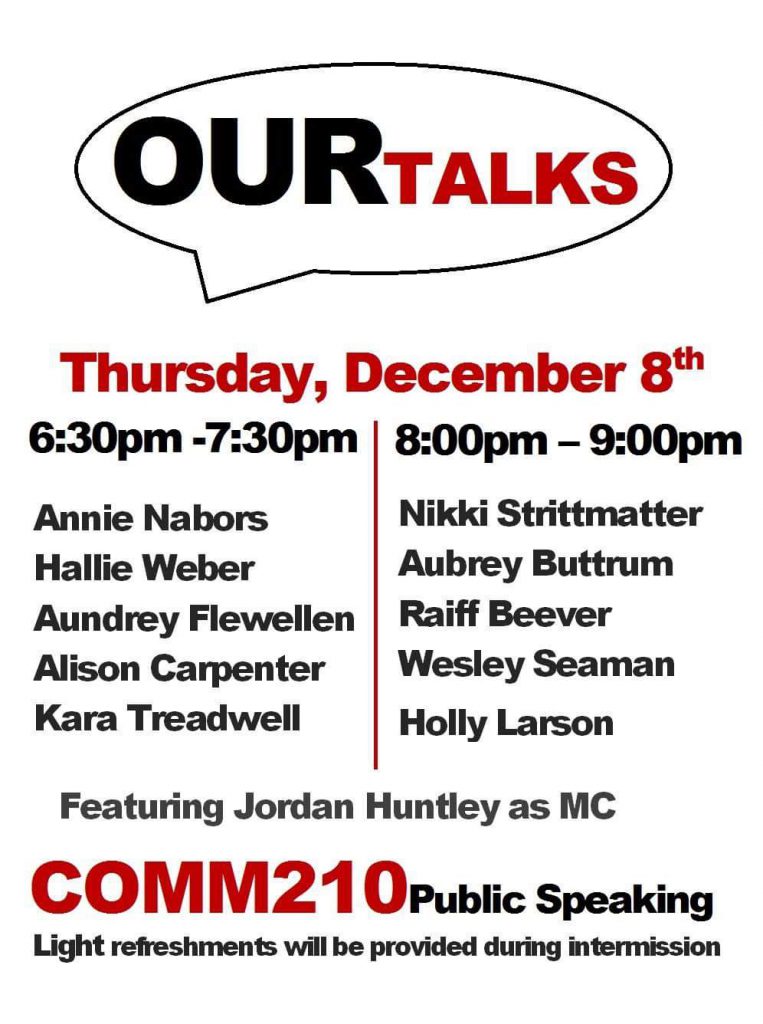 The Department of Communication is presenting an evening of student speeches in a series called “OURTalks” Thursday, Dec. 8 at 6:30 p.m. in Reynolds Recital Hall. The event will include speeches from 10 students in the department’s public communications class, and the evening will be broken into two sessions with refreshments in an intermission.

“The idea came from TEDTalks,” Associate Professor of Communication Laurie Diles said. “The book we used for a text for the class was Talk Like TED by Carmine Gallo. I thought it would be fun to set a goal of each person preparing a talk like TED.”

The course is offered during the fall semester of even years, and this speech is a requirement for the course. This is the first semester for OURTalks, and senior Aundrey Flewellen is presenting a persuasive speech at the event.

“This was such a great idea as it brings people together to see what we’ve learned in class,” he said. “My hope is that everyone can first come with an open mind so that they may be informed and inspired after this event.”

Students chose their own topics on which to speak and worked in groups to help each other stay focused and refine talking points. While the event gives student participants an outlet to practice public speaking skills, Diles hopes attendants will be encouraged to communicate their own thoughts and views through speaking in public.

“We hope that others will learn and be inspired by the content of the speeches, as well as be inspired to grow in their own public speaking skills so they can share the ideas they are passionate about,” Diles said.