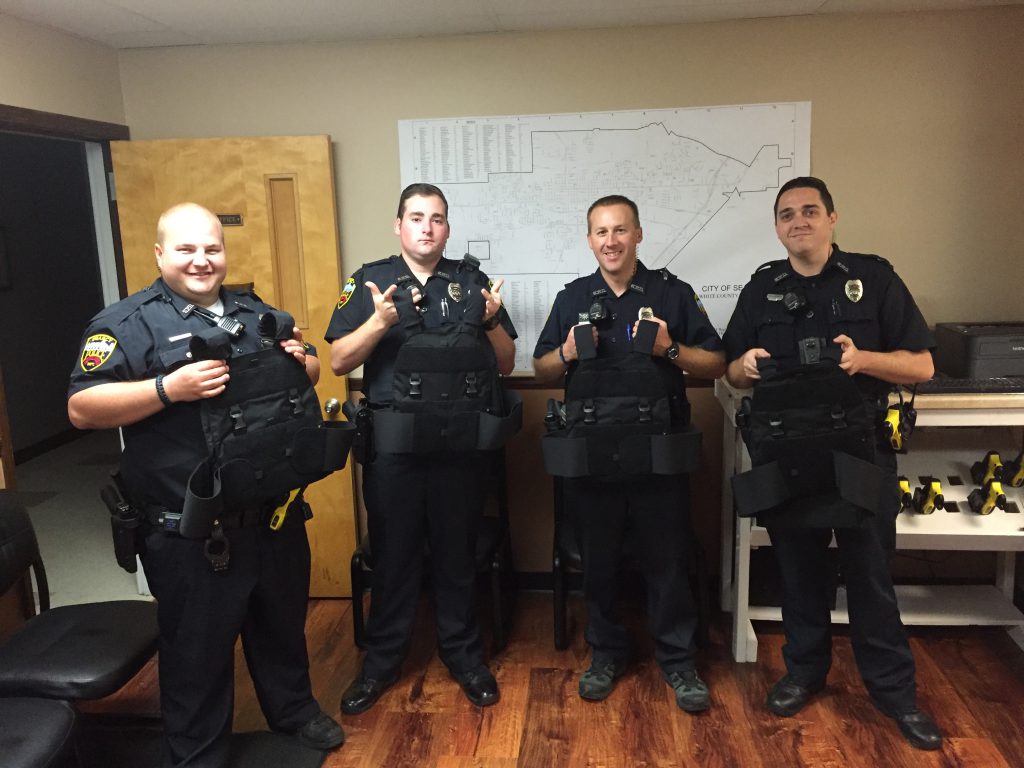 Assistant Professor Sam Jeffrey initiated a recent fundraising campaign for the criminal justice department that garnered $7,500 and resulted in a donation of 13 sets of Level IV body armor to Searcy Police Department, White County Sheriff’s Office and Conway Police Department. Level IV body armor provides the highest level of protection on a scale determined by the National Institute of Justice, the research, development and evaluation agency of the U.S. Department of Justice.

According to Jeffrey, some graduates of the Harding criminal justice department were working in law enforcement offices that could not afford high-level body armor for every officer. For this reason, he established a GoFundMe page to handle donations to purchase the body armor and was overwhelmed by the support.

“My initial goal of getting two former students covered was accomplished in two hours,” Jeffrey said. “After that we were able to raise enough money for 11 additional sets of body armor. It only made sense for us to send the additional sets to the people who put their lives on the line every day for us here in Searcy and White County.”

The criminal justice department coordinated with alumni working in local law enforcement to find officers in need of high-level body armor. White County Sheriff’s Deputy Andrew Palmer received a set of Level IV body armor as a result of Jeffrey’s fundraiser. The gift was a source of encouragement for the 2015 Harding alumnus, who described the criminal justice field as close-knit as a family.

“We have each other’s backs,” Palmer said. “It’s comforting to know that there is a community of support when you work in a dangerous field.”

Jeffrey said the criminal justice department intends to continue the fundraising campaign with the help of current students.

“The Harding Criminal Justice Association is looking into setting up fundraisers for the campaign,” Jeffrey said. “As a program, we are actively seeking ways to stand by and support the men and women who put their lives on the line every day to serve us while we train young men and women to join them.”