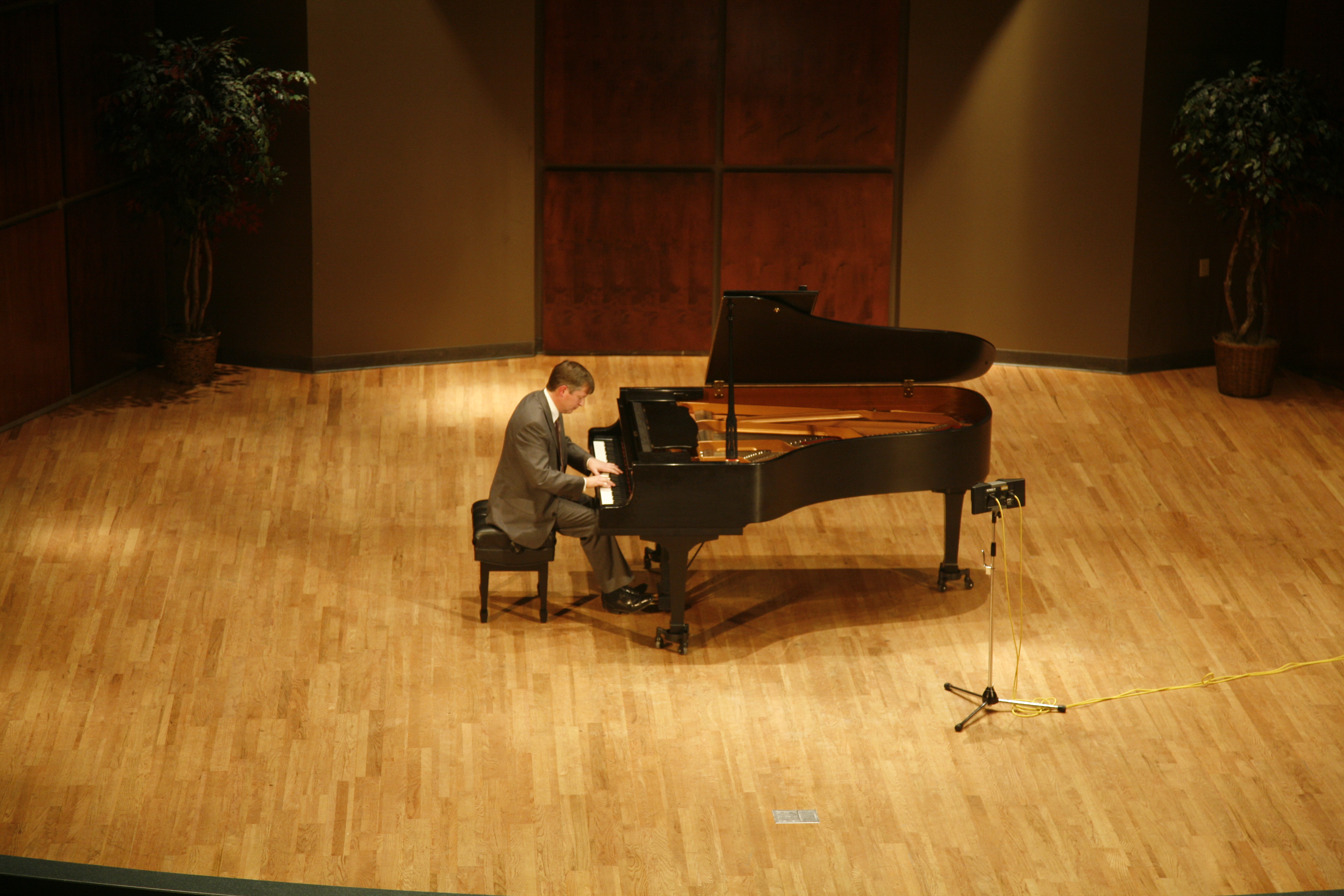 The University’s department of music presented a special program Tuesday, Jan. 31, at 7 p.m. in Reynolds Recital Hall on campus. The program, “A Midwinter Night’s Melody,” was composed of piano music inspired by literature and lectures given by four University professors from various departments of the College of Arts and Humanities.

Dr. Scott Carrell, associate music professor, collaborated with Dr. Greg Laing, department of English; Dr. Joli Love, department of foreign languages; and Dr. J.R. Duke, department of history and political science, to create the interdisciplinary program. According to Laing, the performance will provide an in-depth look at connections and themes between literary and musical works.

Laing said that he was asked by Carrell to speak on Shakespeare’s “A Midsummer Night’s Dream,” which provided inspiration for Debussy’s “Dance of Puck” and Mendelssohn’s “Nocturne.”

“Shakespeare’s play is so iconic, and the character of Puck is so fun,” Laing said. “They make for great synergy, and the music is quite powerful in expressing that link. I am looking forward to sharing the connection between music and the literature that inspired it.”