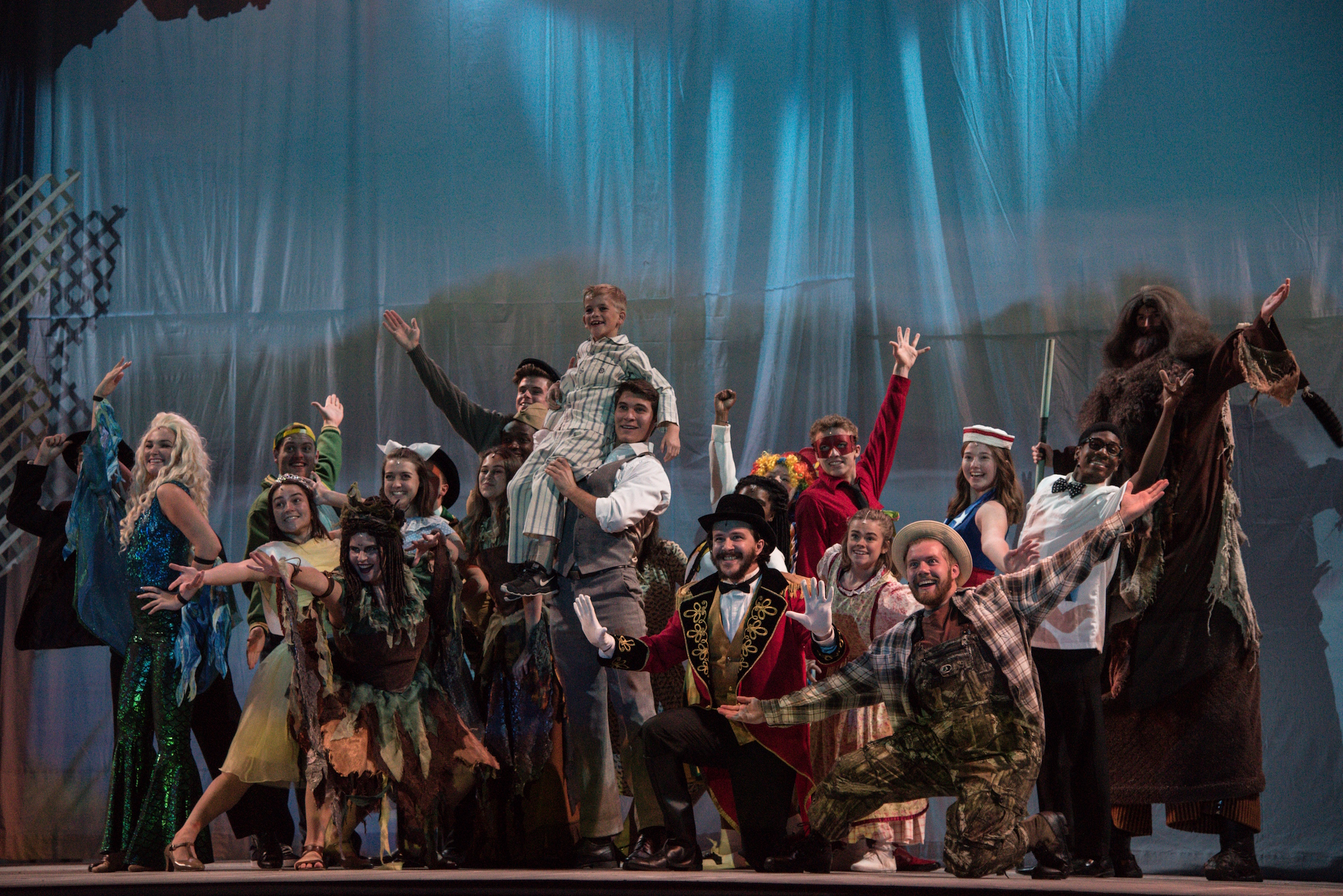 The Harding University departments of theatre and music will present the annual Homecoming musical Oct. 19-20 at 8 p.m. in Benson Auditorium. This year’s production is “Big Fish,” with music and lyrics by Andrew Lippa and book by John August. The musical is based on the 2003 Tim Burton film of the same title.

“Big Fish” reminds one why they should never grow up. Traveling salesman Edward Bloom tells incredible, larger-than-life tales that thrill everyone around him. His son, Will, who is about to have a child of his own, is on a quest to find the truth behind the epic tales. Join the Blooms as they meet a friendly giant, a soothsaying witch and adorable dancing circus elephants.

“‘Big Fish’ is a show unlike anything we’ve done before,” said producer Cindee Stockstill. “It has large production numbers that will appeal to audience members of all ages, but it also has a dynamic family story woven in between the production numbers that will make you laugh and make you cry. It’s the story of a father and son who don’t really connect until it’s almost too late. The emotions portrayed in this story are universal. You will leave ‘Big Fish’ a better person for having seen it.”

According to Ben Jones, director, there is an exceptionally talented group of students helping bring the show to life.

“Many of our cast members have played leading roles in previous shows here at Harding, back at their high school or at other theaters,” Jones said. “Two of our lead roles are being played by sophomores Max Ross (Edward Bloom) and Allie Scott (Sandra Bloom) who also played the lead roles in last year’s Homecoming musical, ‘Annie Get Your Gun.’ Junior Daniel Norwood, an experienced singer, is playing the adult character of Will while the younger Will is played by 8-year-old Luke Hoggard, who also performed on the Benson stage last year in the Homecoming musical.”

This is Jones’ first time directing the Homecoming musical.

“Even though I’ve directed several plays and musicals before, I’ve never directed anything on this scale,” said Jones. “The sheer size of the Benson [Auditorium] requires a substantial production team to make it a reality. I’ve been blessed to work with such a talented, hard-working cast and production crew. This story is powerful, and I’m excited to work with so many great people to bring it to life.”

There will be a live, 13-piece orchestra led by Dr. Andrew Cook to perform a new, fresh score including “Stranger,” “Be the Hero,” and “Time Stops.”

“Big Fish” is presented through special arrangement with, and all authorized performance materials supplied by, Theatrical Rights Worldwide (www.theatricalrights.com).

In addition to the annual musical, there will be several other Homecoming activities on campus.