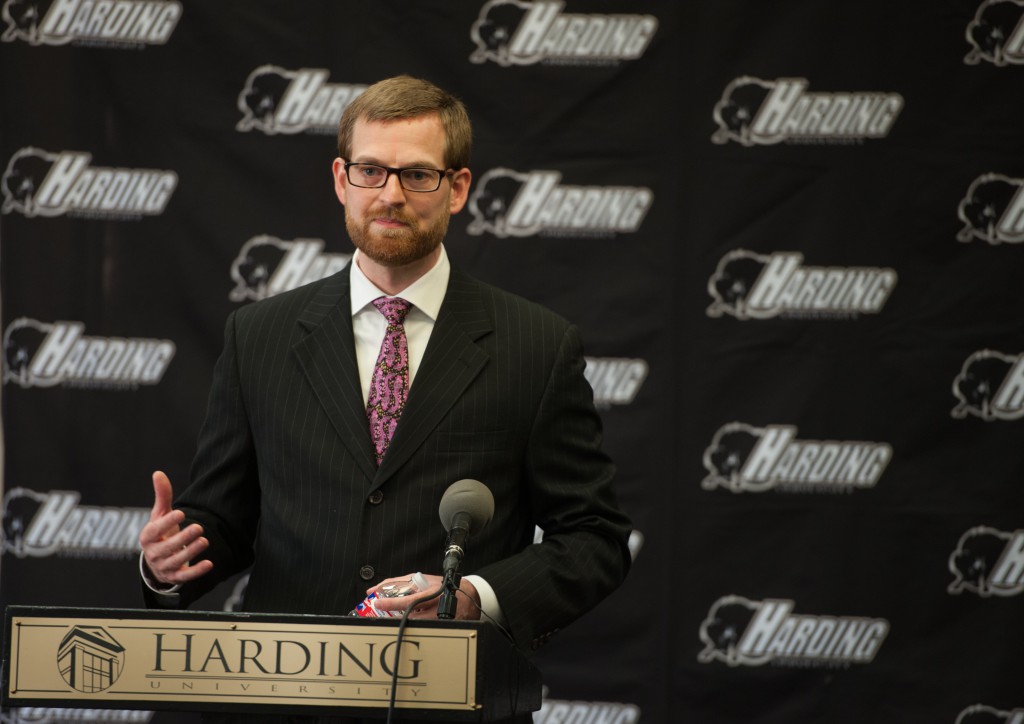 The American Studies Institute will host Dr. Kent Brantly March 17 as a part of the 2014-15 Distinguished Lecture Series. Brantly will present in Benson Auditorium at 7:30 p.m.

A family medicine physician, Brantly has served as a medical missionary at ELWA Hospital in Monrovia, Liberia, since October 2013. He received his Medical Degree from Indiana University School of Medicine and completed his family medicine residency and fellowship in Maternal Child Health with advanced training in obstetrics at John Peter Smith Hospital in Fort Worth, Texas. Prior to entering medical school, he received his Bachelor of Arts in biblical text from Abilene Christian University in Abilene, Texas.

After arriving in Liberia, Brantly served as a full spectrum family physician, practicing inpatient and outpatient medicine and pediatrics as well as high-risk obstetrics. In spring 2014, Brantly found himself fighting on the front lines of the battle against the deadliest Ebola outbreak to ever occur. In early July, Samaritan’s Purse, the organization for which Brantly worked, took over responsibility for the clinical care of Ebola patients for the entire nation of Liberia. Brantly was appointed medical director for what would become the only Ebola treatment unit in all of southern Liberia.

On July 26, Brantly was diagnosed with Ebola Virus Disease, which set off a firestorm of media attention. He became the first person in the world to receive the experimental drug ZMapp and the first person with Ebola to be treated in the United States when he was evacuated to Emory University Hospital. He now feels it his privilege and duty to speak out on behalf of the people of West Africa who continue to suffer from the scourge of Ebola.

The presentation will be free and open to the public. For more information, contact the American Studies Institute at 501-279-4497.