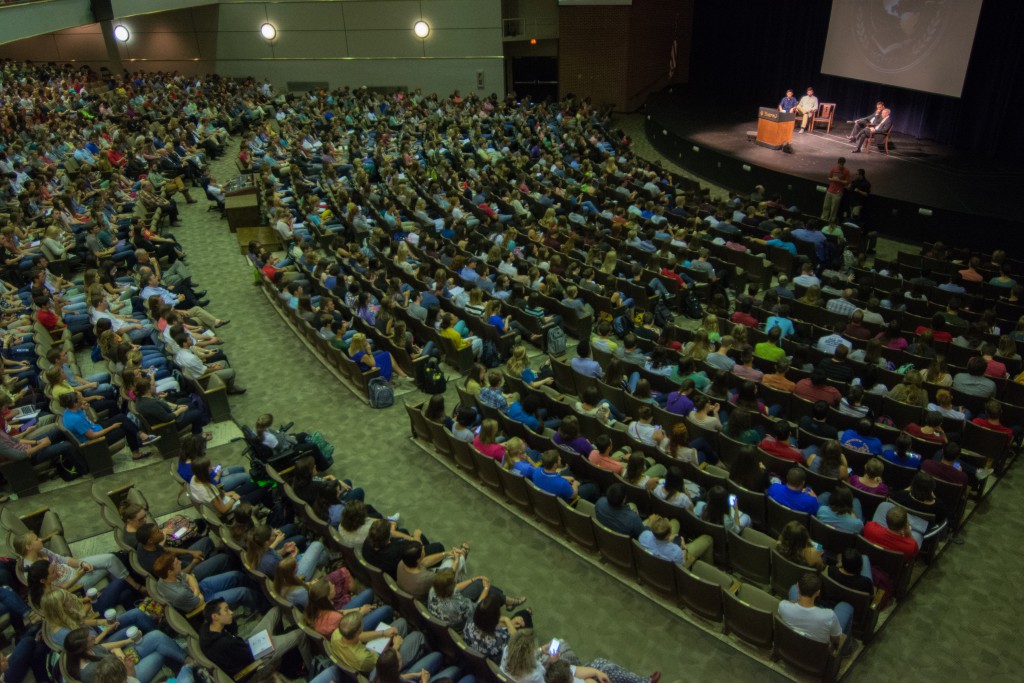 Ferguson, Missouri, minister Conley Gibbs Jr. spoke during chapel at Harding Feb. 1- 2 about the death of Michael Brown and the conversations and events it sparked. Gibbs serves as the minister at Ferguson Heights Church of Christ.

Gibbs talked about the state of the Ferguson community after the incident, and he provided insight on racism and how to overcome it. Students and faculty submitted questions for Gibbs after Monday’s chapel, and on Tuesday, Gibbs answered some of those questions.

“We would have to be in denial to say racism is not an issue,” Gibbs said. “Racism tends to be born out of our own fears, insecurities and ignorance.”

Gibbs covered questions like how he would tell his son to respond if he’s stopped by a police officer, if he thought racism played a part in Brown’s death, what it was like working with the media, and how he handles discrimination.

“I’ve tried to handle discrimination how Christ would have handled it,” he said. “Even in the midst of my enemies, I’ve tried to represent Jesus.”

After the death of Brown, Gibbs said the community came together to pray for Brown and his family, Wilson and racial reconciliation. The community held a concert called “Soul of Ferguson,” and Gibbs said there were people there from all backgrounds and religions to represent the Ferguson community. He said he also participated in community march from the church to the police building.

“It was not a march to protest one side or the other. It was for racial solidarity,” he said. “Jesus’ message of ministry was inclusion and reaching out to the world. Our mindset should be to imitate the mindset of Jesus.”