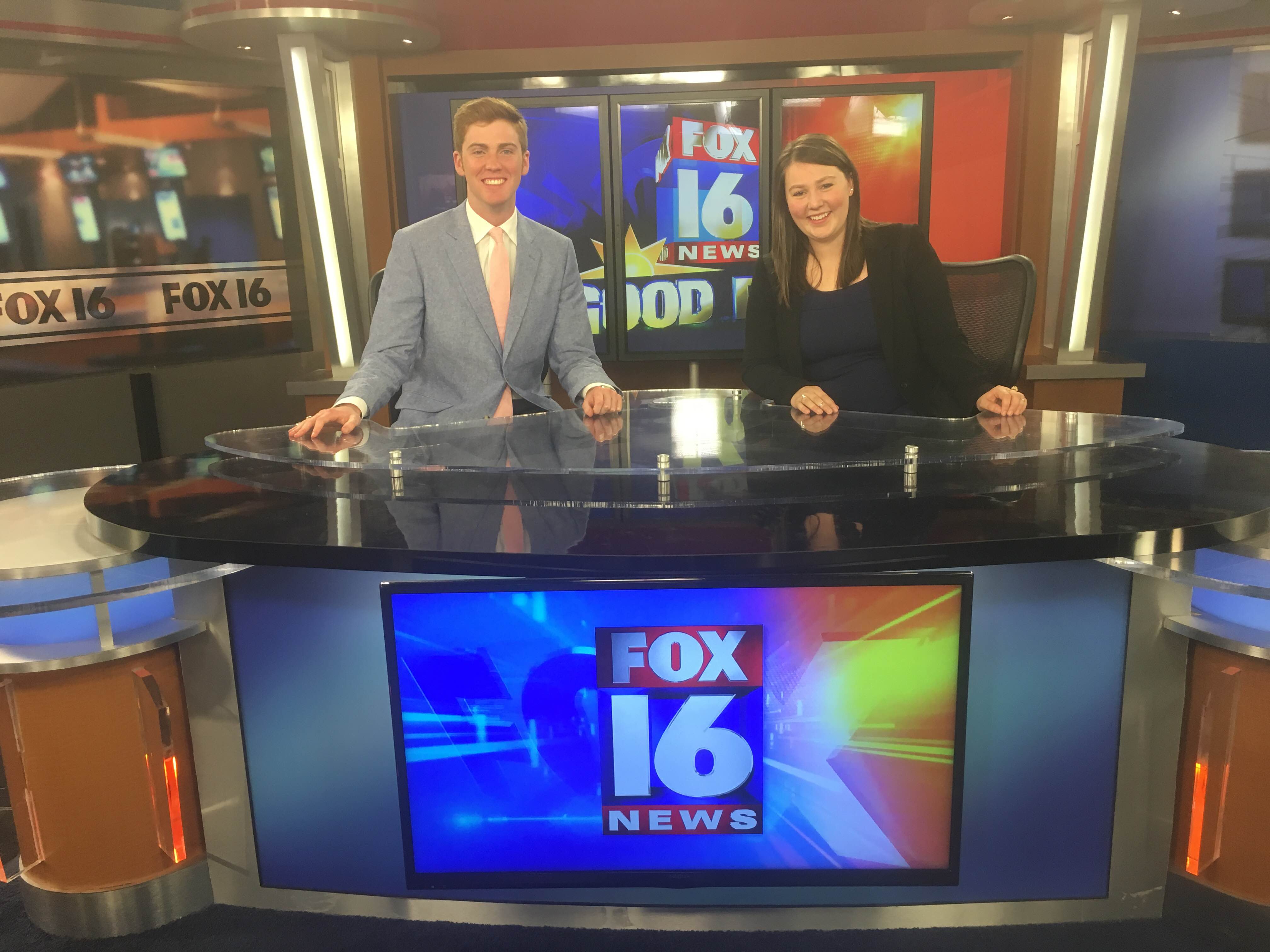 Both Robinson and Christopher are part of the University newscast team as anchors and have served in other capacities, such as reporter or producer, in past semesters. “Live at Five” is the only live, nightly student broadcast in the state of Arkansas.

Previous HU16 weatherman Bo Smith also participated in the show, announcing the day’s temperatures. After presenting their behind-the-scenes feature, each of the students chatted with anchors on the air.

“The anchors were really confident and great at acting natural when going off-prompter,” Christopher said. “I talked to them about it after. They said it just takes time to feel comfortable and you just have to be yourself.”

Both Christopher and Robinson said the experience provided assurance that their future careers matched their interests. Robinson said he walked away with a few pointers and enjoyed the opportunity to improve his skills.

“Getting to talk with the anchors showed me that they are still learning things, too, and constantly bettering themselves,” Robinson said.

The feature produced by Christopher and Robinson, as well as other news content from HU16, can be viewed at streaming.harding.edu.