Graduates reflect on time at HU 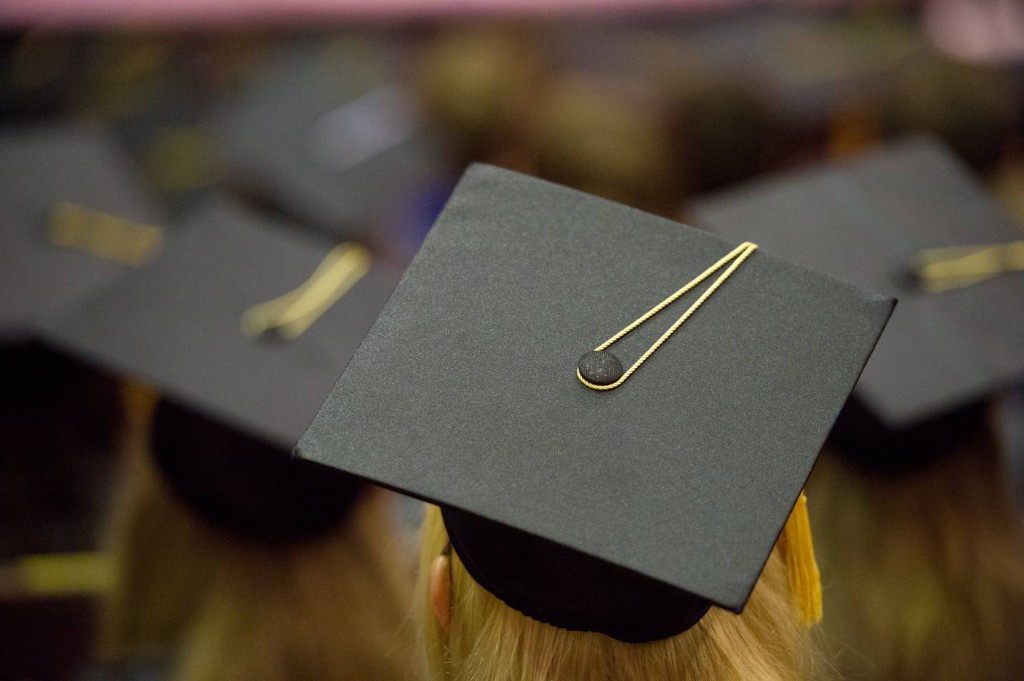 On Saturday, May 7, nearly 900 students woke up, donned their black caps and gowns, and crossed the Benson stage to receive their long-awaited diplomas. Graduates came from Harding’s 10 undergraduate degree programs, 14 pre-professional programs and 21 graduate and professional degree programs.

Child life major Meredith Wood received her Bachelor of Science in the 9 a.m. commencement service along with other students from the College of Sciences and Carr College of Nursing. Wood said as she reflects on her time at Harding, she thinks most about the relationships it has given her.

“I think about all the people that Harding has brought into my life,” Wood said. “Harding University in Greece really changed who I was as a person. The family that I formed there challenged me and helped me in ways I didn’t know other people could. They taught me the true meaning of unconditional love and being who you are. From HUG to Delta Gamma Rho to late night study sessions in Kendall Dorm, I can never say thank you enough to all the people that impacted my life without them even knowing it.”

“Being a Bible major has been incredible,” Dodd said. “I have loved the friendships that I have worked hard to make in my department, and they have become some of my closest friends and teachers. Truthfully, this college education got me a job. Through the connections I found here, I was able to get in touch with people I would have not known about and opportunities that I wouldn’t have been considered for.”

Dodd also said he doesn’t think it has set in that his time in a classroom has ended. He said it feels instead like he is just graduating from one step to the next.

“Once I receive my degree, I’ll be moving into the real world,” Dodd said. “I’ll constantly be learning how to do a job well and earn how I live. I’ll be learning about what it means to be self-sufficient and succeed in the things that I do. I’m graduating this part of my life, but the learning will continue forever.”

Ellen Jones received her Doctor of Pharmacy degree at the 3 p.m. commencement service with other students from the College of Pharmacy, College of Arts and Humanities, College of Allied Health, and Honors College. Jones graduated from Harding with an undergraduate degree in theatre and music, but after 20 years of marriage and the birth of her two daughters, she decided to attend the University’s College of Pharmacy.

“There’s less of the sense of the adventure I think most graduates are feeling right now, but it’s replaced with a sense of satisfaction [for me],” Jones said. “The biggest impact [of this experience] would be the effect it has had on my daughters. They have seen that there’s never a point when you’re done learning. There is always an opportunity to have a new experience. They have seen that hard work will return great rewards. I believe I’ve done something they can be proud of. My daughters are already accomplished in their own right, and I hope I’ve set an example for them to believe themselves capable of anything they choose to pursue in the future.”