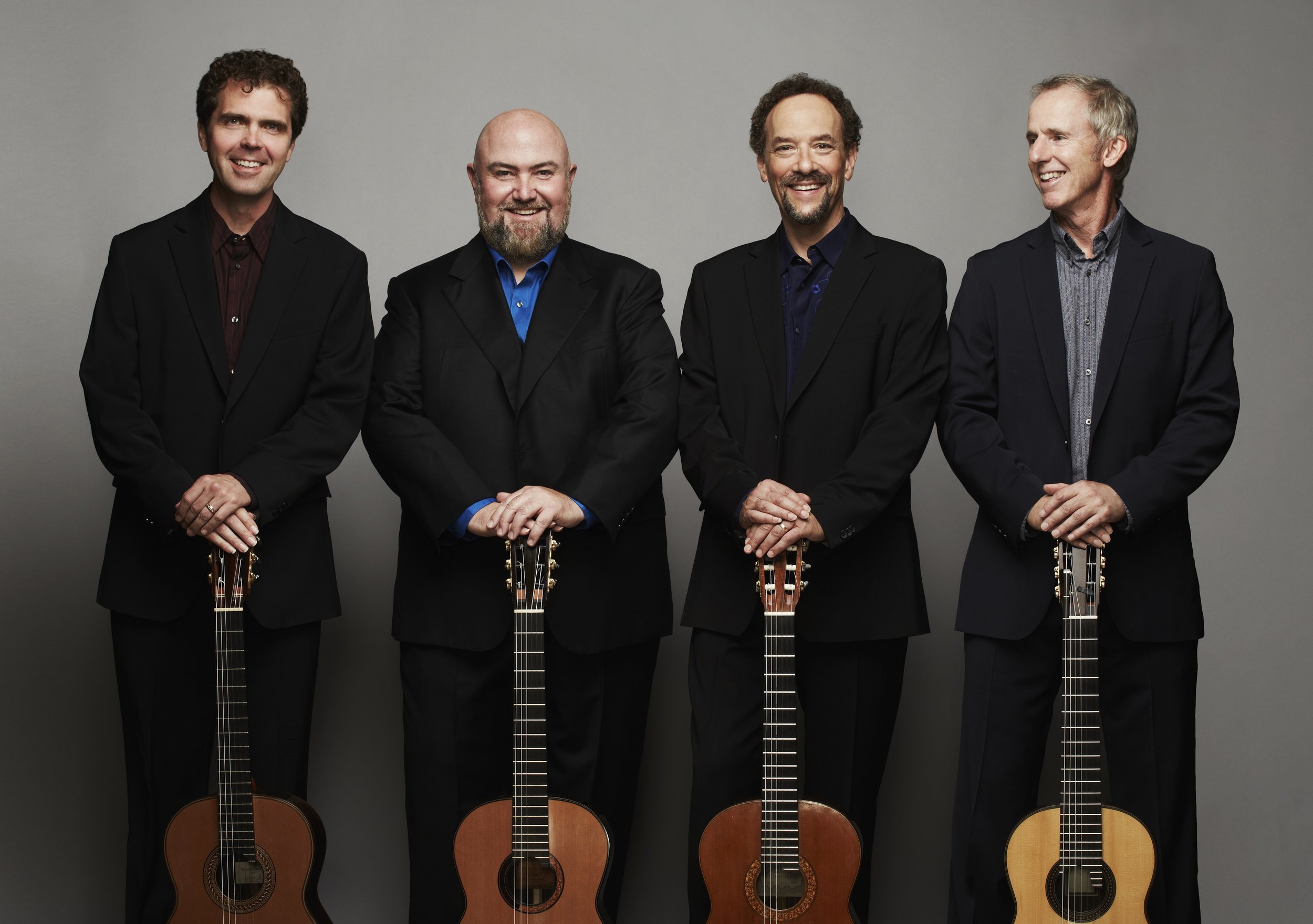 Harding University will host the Grammy Award-winning Los Angeles Guitar Quartet Friday, Feb. 1 as the fourth performance of the 2018-19 Arts and Life Performance Series. The event begins at 7 p.m. in the Administration Auditorium.

The Los Angeles Guitar Quartet (LAGQ) is one of the most multifaceted groups in any genre. The group is comprised of four uniquely accomplished musicians bringing a new energy to the concert stage: John Dearman, Matt Greif, Bill Kanengiser and Scott Tennant.

LAGQ will present a mix of concert favorites and new discoveries that highlight their guitar virtuosity and wide stylistic interests. The program will include a Gioachino Rossini overture, Franz Liszt’s Hungarian Rhapsody No. 2, a chorale by guitarist Frederic Hand, Manuel de Falla’s Three Dances from “El Amor Brujo,” and two major works dedicated to them: “Chaconne” by Robert Beaser, and Pat Metheny’s monumental “Road to the Sun.”

From bluegrass and rock to Bach and Baroque, LAGQ serves to compose, arrange and innovate any and all guitar music. They have collaborated with actor Philip Proctor in “Don Quixote” and Shingo Fuji for “SHINKI: Seasons of Japan.” Their original albums have received critical acclaim for their diversity and quality.

Over three decades, LAGQ has given recitals in many of the world’s top venues, including Chicago’s Orchestra Hall, London’s Wigmore Hall, and New York’s Lincoln Center and Carnegie Hall.

Tickets are $8 in advance and $10 at the door. For tickets and more information, visit harding.edu/artsandlife or call 501-279-4343. For other Harding events and free and low cost services available to the public, visit harding.edu/community.