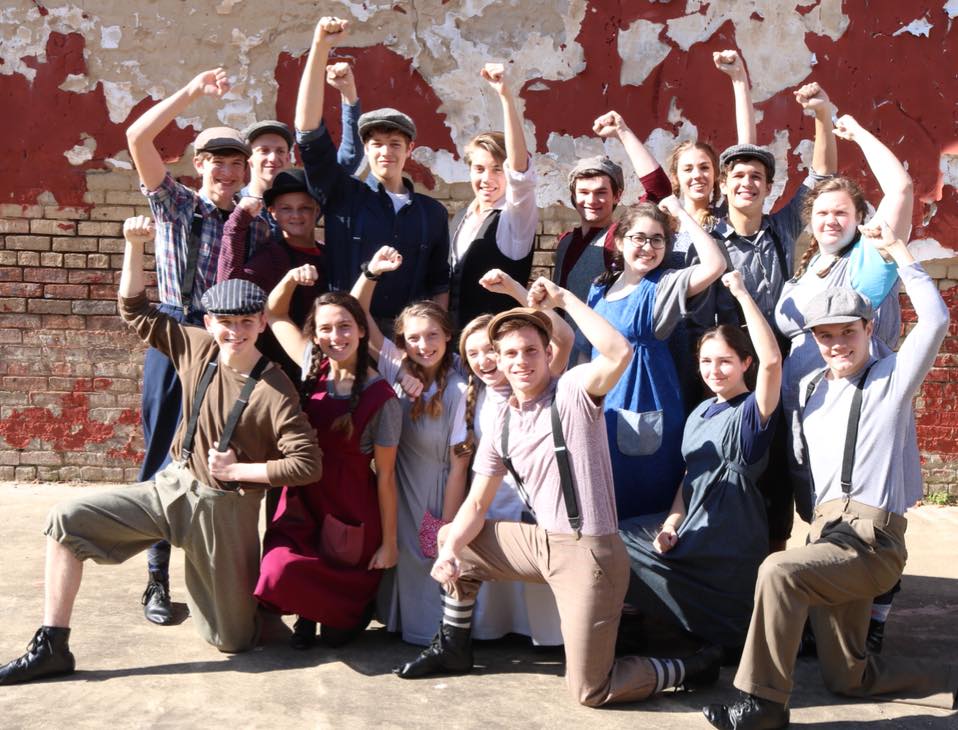 Set in New York City at the turn of the century, Newsies is the rousing tale of Jack Kelly (Asher Patten), a charismatic newsboy and leader of a ragged band of teenaged “newsies,” who dreams only of a better life far from the hardship of the streets. But when publishing titan Joseph Pulitzer (Ryan Simpson) raises distribution prices at the newsboys’ expense, Jack finds a cause to fight for and rallies newsies from across the city to strike for what’s right.

Newsies is inspired by the real-life ‘Newsboy Strike of 1899,’ when newsboy Kid Blink led a band of orphan and runaway newsies on a two-week-long action against Pulitzer, William Randolph Hearst and other powerful newspaper publishers.

The stage version introduces eight brand-new songs by the original team of Menken and Feldman, including a song written specifically for the national tour called “Letter from the Refuge,” while keeping many of the beloved songs from the 1993 film, including “Carrying the Banner,” ”Seize the Day,” “King of New York” and “Santa Fe.” Newsies featured high-energy songs and dance numbers choreographed by Harding University senior Justice Laws of Memphis, TN. Laws, a theatre major, has both choreographed and performed for Harding Homecoming musicals and Spring Sing. He intends to work professionally in theatre after graduation.

“The work these performers have put into creating this beast of a show is truly impressive and inspiring. Each day I worked with them, they came with great attitudes and were eager to learn. It has been uplifting to see and truly a blessing to work with such a talented group. This show is not easy by a long shot, but these students have made it their own. I am excited for our audiences to see the final result.”

Junior Kadyn Harris, who played Katherine Plummer, said her experience with this production had created unforgettable memories and relationships with both cast members and the visiting artists who assisted with the show. She states that the story of Newsies is not only entertaining; it also holds many life lessons. “This show teaches you to believe in yourself, be brave and learn to trust others. I can safely say there is no other show like it. Newsies is captivating and I am proud to be part of this production.”