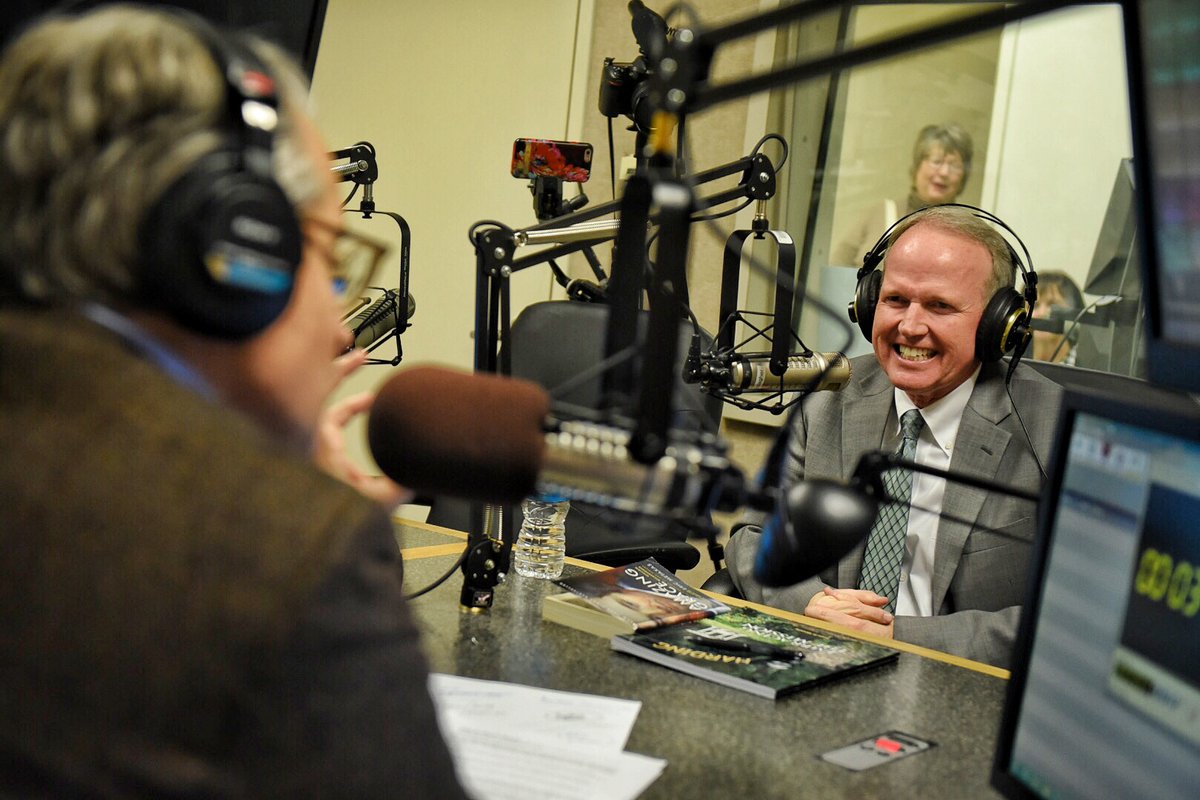 Harding was first introduced to Metaxas in person when he visited campus a guest lecturer for the American Studies Institute Distinguished Lecture Series in January. He presented on his book Amazing Grace: William Wilberforce and the Heroic Campaign to End Slavery, which was read by many faculty, staff and students as part of the first campus read program, called Harding Read, which began fall 2016.

During his radio broadcast, Metaxas shared that he did not know about Harding until the University contacted him to come and speak. He described his time at the University as extraordinary, and he wanted to share his experience with his audience.

“I really wanted to say to my audience that I was astounded to see what’s going on at Harding,” Metaxas said. “I was so impressed on every level that you are solidly Christian.”

During the segment, the two discussed Harding Read, McLarty’s decision to choose Metaxas’ book for the program, and the impact it had on campus. McLarty said that, after reading Metaxas’ book, he thought everyone needed know the story of William Wilberforce.

Metaxas and McLarty also discussed Christian higher education and how universities founded upon Christian missions can hold onto those principles and beliefs that define them.

“It is a great question, and it is a tribute to the people who have gone before me that the school has held onto its mission,” McLarty replied. “I devoted a significant portion of my literature review for my dissertation to why and how schools move away from their faith. I developed this curriculum, ‘Embracing the Mission,’ to spend some time with the faculty telling them the story, describing the landscape, and getting their buy in on engaging and embracing the historic mission of the University.”

McLarty ended his time on “The Eric Metaxas Show” by extending another invitation to Metaxas to return to campus once more this spring.

“That is one of the joys for me is getting to speak in different places,” Metaxas said. “But speaking at a college like that, it’s a particular joy. So, I hope we can work something out.”