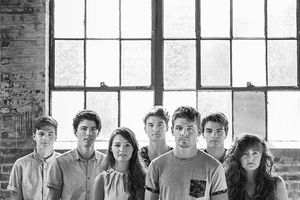 The Hunts will perform at Harding University on Tuesday, Oct. 20 at 8 p.m. on the school’s front lawn. The free concert, organized by the University’s Campus Activities Board, is open to the public, and donations will be collected for Harrison Waldron, a 2014 University graduate who was in a serious ATV accident and is still in the hospital.

The Hunts is a folk-indie band composed of seven siblings ranging from ages 16-24. Members include twin sisters Jenni and Jesse and their five brothers, Josh, Jonathon, Jordan, Justin and Jamison. The siblings are from Chesapeake, Virginia, and this is their second time performing at Harding.

The band members’ mother owned a music school and taught each of them how to play the violin at a young age. They have since added a few instruments to the mix, including the mandolin, piano, ukulele, banjo and drums.

The Hunts have two albums, “Life Was Simple” and “Those Younger Days,” and they have played all over the United States.