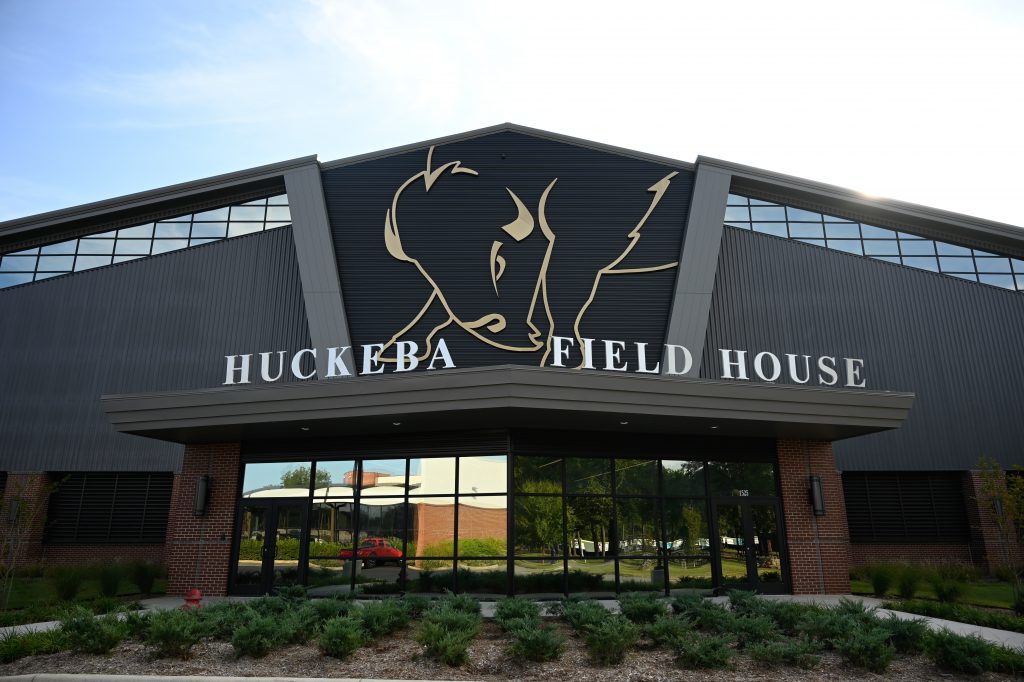 Harding University has dedicated its new indoor football facility in honor of longtime football head coach Ronnie Huckeba for his extraordinary vision, leadership and dedication to his Bison football players. The dedication ceremony was held Saturday, Oct. 19 during the University’s 95th anniversary homecoming.

Huckeba became the head coach in 2007 and led the Bisons through the most successful period in program history up to that point. In the 2016 season, Huckeba’s last year as head coach, Harding set a program record by winning 13 games and won the Great American Conference championship with a perfect 11-0 conference record.

Built directly behind the University’s First Security Stadium home seating section, the facility is 77,146 square feet including a full-size turf football field plus end zones (133 yards long). It is the largest indoor practice facility in NCAA Division II and one of the largest in the country for any level.

“We’re proud of our athletic facilities but only because they reflect our commitment to excellence,” said head football coach Paul Simmons. “This building reflects the love of so many former Bisons. We have gifts from guys that played in 1959 as well as commitments from current players that are on the team right now. It’s a testament to the number of lives that have been greatly impacted through Bison football. It’s a building that reflects the influence this program has had on people’s lives and will continue to have for a long time.”

The facility includes a front lobby area with large format graphics and digital displays that tell the story of the Bison football brotherhood, its leaders and legends. “Honor God,” the words displayed on one wall, reflect the team’s mission and serve as an encouragement to all who enter. 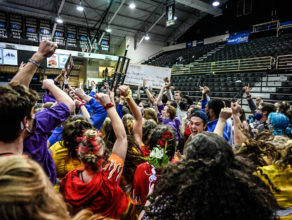