“Child life broadens your horizons. You can go on so many different aspects…” 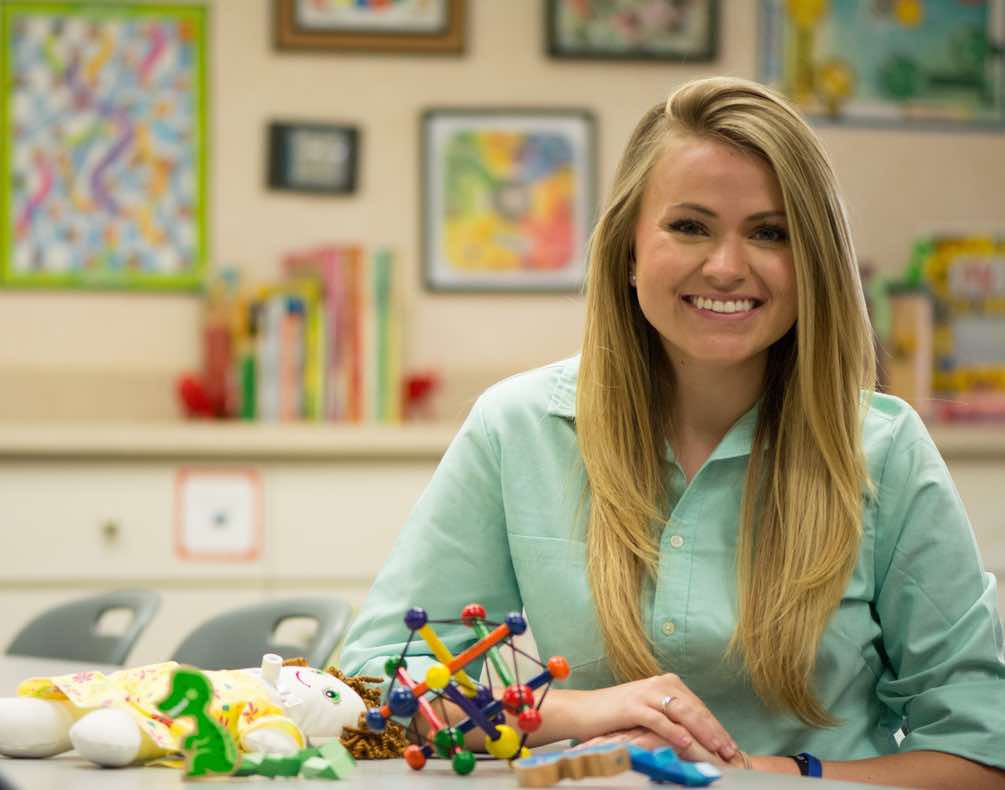 For many students, college is a time to explore, learn and discover what they want to pursue. This can mean changing friend groups, changing study habits and, often, changing majors. Joelle Whitlock, senior child life specialist major, has been a part of many different departments during her time at Harding but is passionate about where she has chosen to stay.

“With child life, I could branch off and do anything I wanted, which is a really cool thing,” Whitlock said. “It broadens my horizon. You can go on so many different aspects, and that’s why I like FCS in general.”

Whitlock said the major brings plenty of challenges of its own, but the department works to make it easier for their students.

“I have 225 observation hours in a semester,” Whitlock said. “That’s a lot, but the way the FCS department has set it up, your classes usually don’t fall in that time period when you can observe. It works really well with all of my schedules.”

Another way Whitlock said the department has helped her is through her professors, whom she has come to consider as friends.

“I have never met more in-tune teachers,” Whitlock said. “A lot of people don’t see FCS as a huge major to have, but it’s life. These teachers are superheroes at life.”

Whitlock said she also appreciated the opportunities the University has given her and the relationships she has been able to form.

“I really got in tune with everybody I met, and nobody ever gave me a cold shoulder,” Whitlock said. “Harding is so warm and welcoming. If I had to pick something as my favorite part, it would be the character of Harding University in general.”

Whitlock hopes to continue her education in graduate school to pursue a practice in pediatric occupational therapy.