Jon White, professor of engineering and physics, returns to the Ukraine with Harding students every summer

Dr. Jon White, associate professor of engineering and physics, has been a part of obtaining multiple grants to fund learning experiences outside classrooms during his 14 years teaching at Harding.

In 2016, White acquired multiple grants from a foundation called VentureWell that focuses on humanitarian entrepreneurship and grants to work in Ukraine through the Fulbright program, sponsored by the US Department of State.

The VentureWell grant was titled “Multidisciplinary Tech Entrepreneurship in a Rural Setting,” which teaches students about engineering solutions for rural communities.

After spending two weeks in Ukraine, White was asked to work in Ukraine for six months on another project funded through a Fulbright Program grant. White took his family to live in Ukraine and continued to work closely with a Catholic church and family center, running a science camp to show the impact of faith on science.

One of White’s projects at the science camp focused on the pressures of being a follower of Christ. He used hydraulic lifts — a machine that moves objects using the force that is created by putting pressure on the water in a confined space — to symbolize how the pressure that Christians endure brings them closer to God and, other times, push them away.

Since his six months in Ukraine have ended, White has returned every summer with Harding students to continue teaching the importance of faith in regard to science. The group worked closely with the community they formed there, emphasizing the importance of a foundation in Jesus.

“[Receiving the grant] was very rewarding,” White said. “I couldn’t have done it without all the professors covering my classes and supporting me.”

The Fulbright Grant generally funds projects in the field of humanities, making the engineering and physics department even more proud to have someone like White who shares their faith through science as an emissary for the United States.

In 1945, when Senator J. William Fulbright proposed the bill that led to the creation of the Fulbright Program, his goal was to “bring a little more knowledge, a little more reason and a little more compassion into world affairs and, thereby, increase the chance that nations will learn at last to live in peace and friendship,” and White has helped carry out that mission. 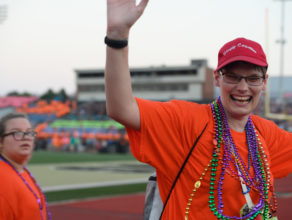 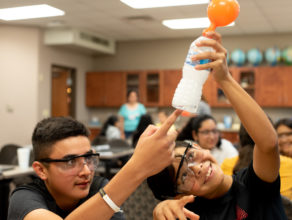 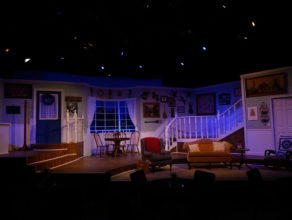