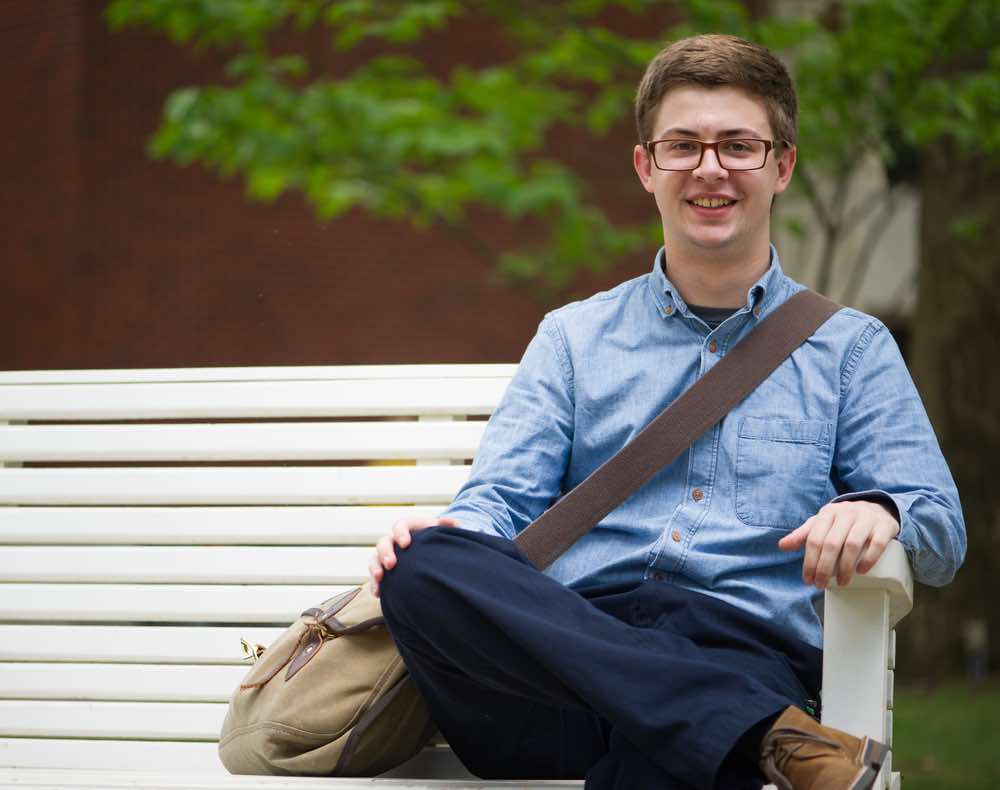 Initially coming to Harding as an economics major, J.P. Baker found himself missing literature. Upon that realization, he followed his passion to the English department.

“I realized I wanted to teach and share my love of language and literature,” Baker said. “It took a year and half into college for me to realize. English has been something I had been wanting to do for a while.”

The English department pushed Baker to be more organized and structure his time better as a result of the papers and projects required of an English major — although he did have to pull a few all-nighters to get the job done. The English courses also stretched his way of thinking.

“It has challenged me to think beyond what I’m normally OK with,” Baker said. “In high school and even some classes here, you’re presented with a problem, and there’s a straight-forward answer to it, and you can solve it. But in the English department, you can never settle for a patented answer.”

As an English major with teaching certification, Baker student-taught seventh- and eighth-grade reading. His in-class teaching experience and internships have helped prepare him for future jobs.

“Harding has equipped me with a broad knowledge, which you have to have going into the English field. Harding has encouraged me to get diverse experiences outside of the classroom that will match the diverse possibilities I’m going to be encountering when I’m looking for a job. That’s been very valuable.”

Because of the flexibility of an English degree, Baker encourages others to take advantage of student-teaching, internships and on-campus offerings — such as student publications, debate team, Model Arab League, Honors Counsel and social clubs.

“It’s really valuable for an English major to do a lot. Generally our degree is seen as very narrow, but you don’t just have to teach.”For Baker, the options are endless as he looks into teaching, writing and even ministry jobs. He plans on getting his master’s degree from Harding as well.