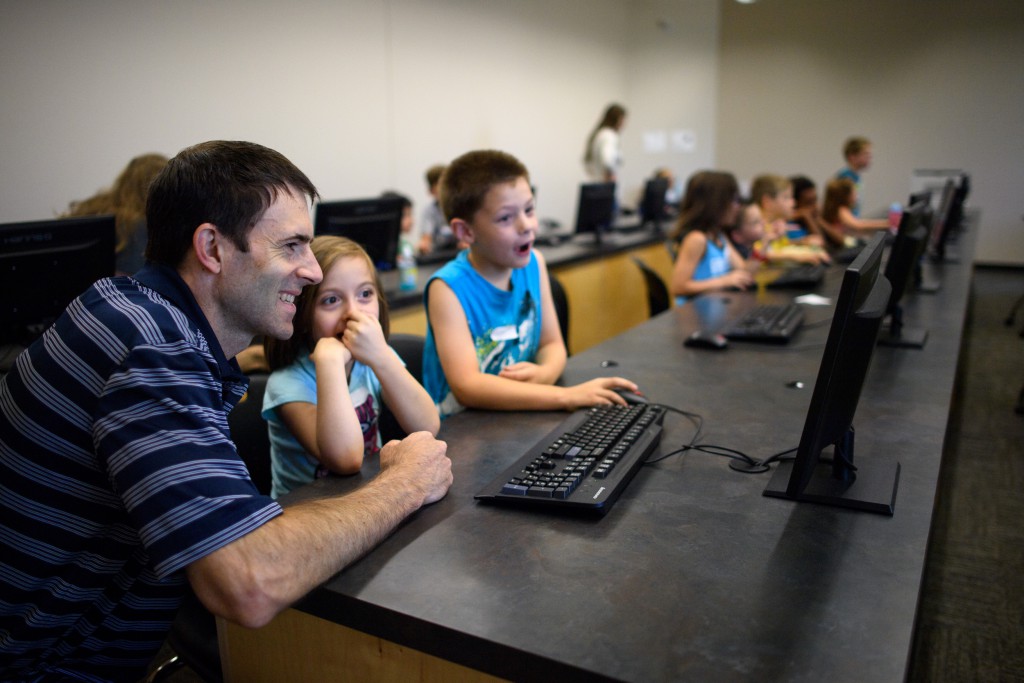 If you walk in the Pryor-England Science building, you might not expect to hear the sounds of children’s giggles and excited conversation filling the hallways. If you enter a computer lab in the building’s newest expansion, you might not expect to see students whose feet don’t touch the ground, whose heads don’t clear the tops of computers, and whose hands barely cover a mouse. But this week, first-, second- and third-graders in the community came to Harding for the first Kids Coding Adventures camp.

“It seems like Searcy has a gazillion camps for sports, and there’s a lot of kids who don’t want to do sports all the time,” said Frank McCown, associate professor of computer science. “These types of camps are really important to introduce kids to computing and problem solving concepts that they can use no matter what they do in life.”

From 8:30 a.m. to noon on July 25-27, McCown, with help from senior computer sciences majors Hannah Cochran and Cat Waller, worked with 20 campers to learn basic coding skills. Using an online tool called Tynker, campers worked through lessons on how to feed instructions to a computer. Lessons were concentrated on subjects kids would be interested in, like building a game or animating a cartoon character.

“It’s important for them to be using their brains for something beyond just playtime.” -Hannah Cochran

“It’s teaching them a way of thinking and not just tiny details of a skill,” Cochran said. “It’s important for them to be using their brains for something beyond just playtime. This incorporates a lot of fun so they enjoy it, but they’re learning some really awesome critical-thinking skills.”

In June 2016, Arkansas Gov. Asa Hutchinson announced the start of a statewide initiative to increase student interest and awareness in careers in computer science and STEM fields. According to a news release from the governor’s office, “By 2024, there will be more than 126,000 computer science and STEM jobs in Arkansas, which opens up opportunities for Arkansas’ upcoming workforce to pursue high-paying career paths in these fields.” Cochran wishes she had been exposed to these opportunities at a younger age.

“[This camp] is teaching them critical thinking at a really young age, and I think that’s important,” she said. “I really wish I had taken something like this when I was that young. It took me until junior year of college to figure out that I wanted to do computer science.” 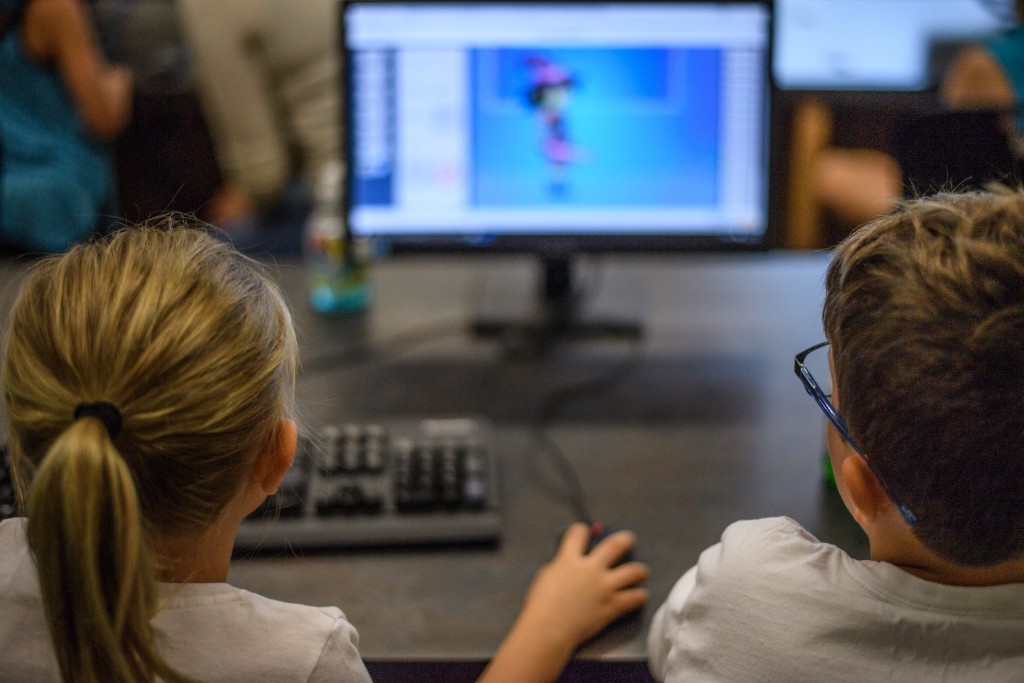 “I saw that there was a need for something like this in Searcy,” McCown said. “There’s not anything for younger kids. My kids are first- and third-graders, so I just thought this would be a neat thing to do for them and involve other kids that age.”

McCown, Cochran and Waller all worked with campers at computer stations throughout the three days explaining how things work and answering questions. On some lessons, kids were put into teams of two to work together.

“In some of the lessons, it’s much easier for them to be able to talk to each other about it,” Cochran said. “Most companies will use some kind of pair programming because it’s just easier to talk about it. Talking out loud a lot helps people to process.”

Because of the young ages, some of the campers have not yet learned to read, but that was no hindrance to the learning or teaching that took place.

“We talked about binaries, and we were writing zeros and ones on the board, which I think was a little frightening. But they warmed up to it,” Cochran said. “Some of them can’t read and just finished kindergarten, but they’ve done really well.” 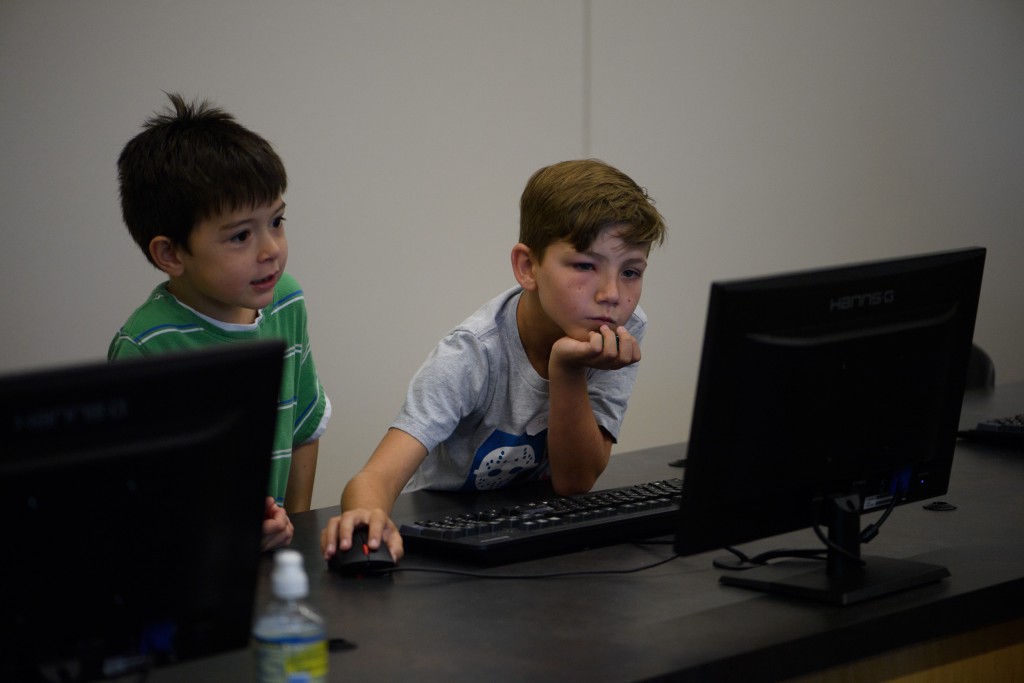 Jack Harrington will start the second grade at Harding Academy this fall, and though he said he only came to camp because his mom made him, he said he’s really learned a lot and wants to come back again.

“I like technology,” he said. “I’ve learned how to code computers, make games and send emails.”

“I want these kids to have a real good understanding of how programming is done and to build something fun and something that would ignite their imaginations,” McCown said. “I want them to think, ’Wow this is really cool. Maybe I can do this. Maybe I want to do this as a job some day.’”