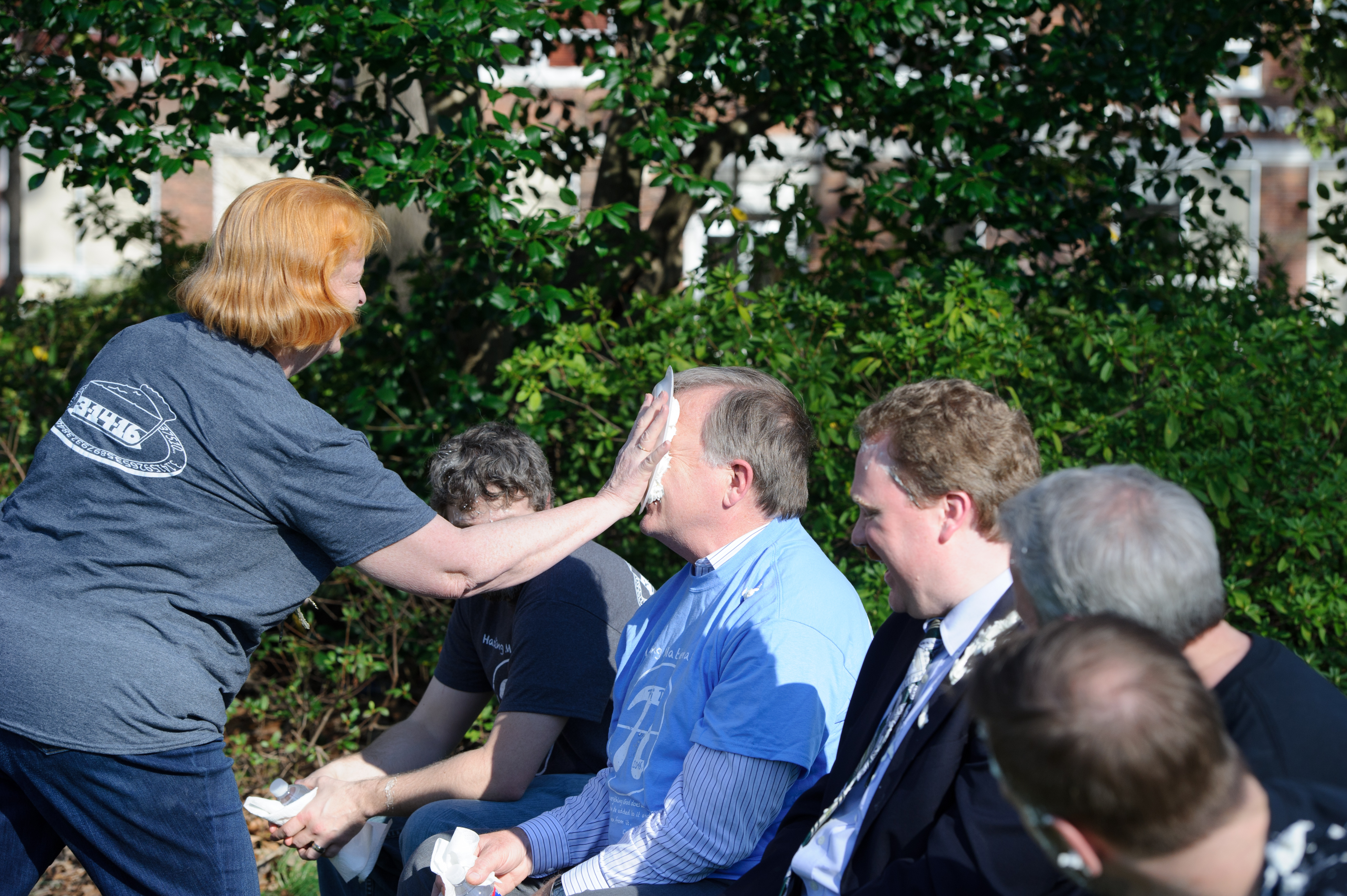 The department of mathematics celebrated Pi Day on Monday, March 14 with several events on campus. Proceeds from T-shirt sales went to fund an aspiring math teacher’s education for a year at George Benson Christian College in Namwianga, Zambia.

In addition to selling Pi Day T-shirts and writing 1,200 of the endless digits of pi in chalk on the campus sidewalks, the department also held a 3.14K race on campus. Participants received 3.14 oval decals, and winners received homemade pies of their choice.

After the race, “Pie a Professor” was held on the front lawn where students paid $5 to pie a faculty participant of their choice.

Women’s social clubs Pi Theta Phi and Ju Go Ju joined the department’s fundraising by selling homemade pies in the student center, raising more than $600. Pi Theta Phi member Allie Kleppe, who helped bake and sell the pies, said this was the first time for the club to be involved in this service project.

“I think this cause was really important to all of the girls involved because we were able to show our support of education,” Kleppe said. “Being college students ourselves, we value learning and wanted to show our support to this math student. I think PTP will definitely continue to be involved in different service projects that can help other students with their education, especially if it involves pie.” 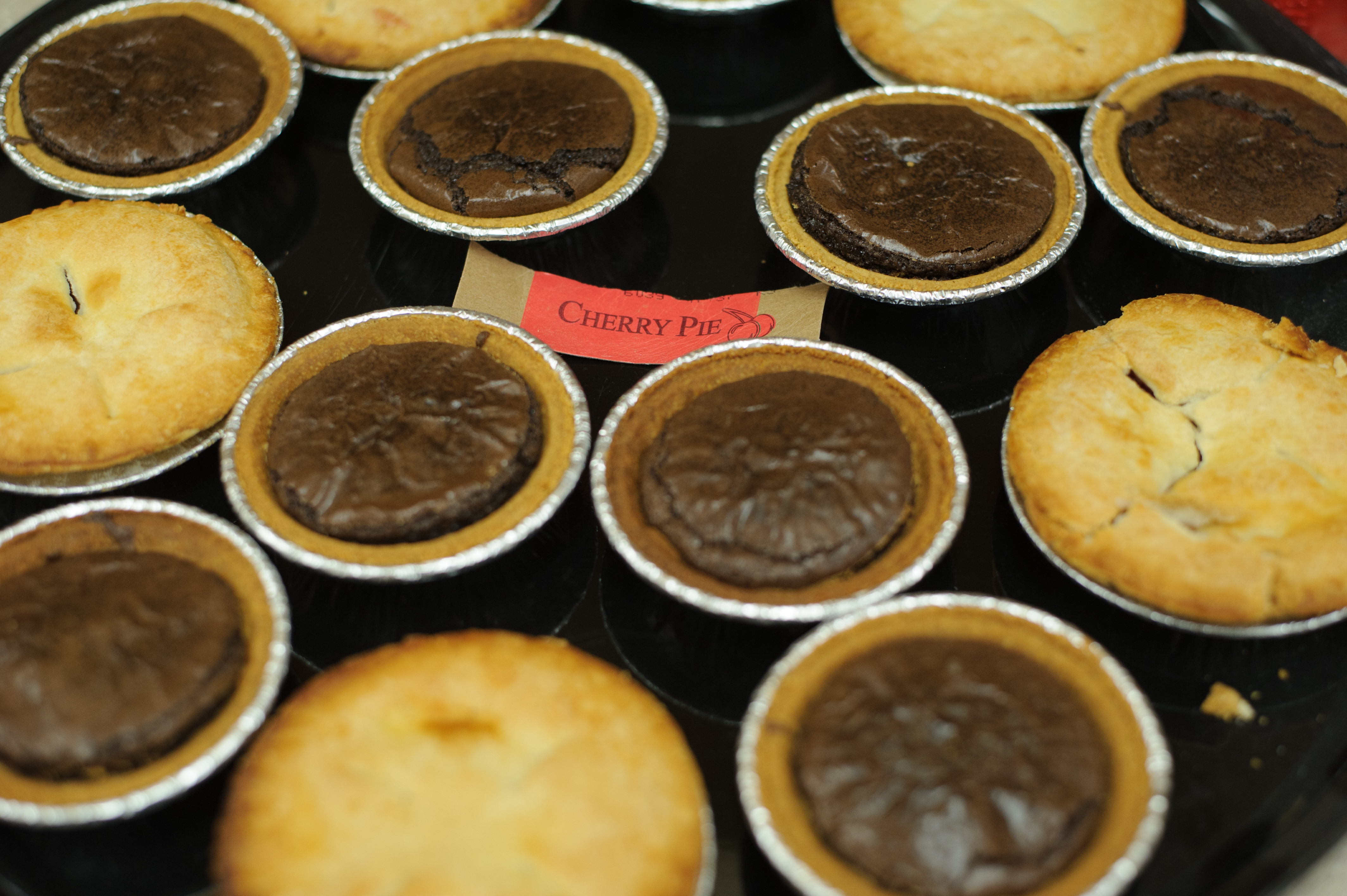 Throughout the day, a mathematics contest was held with written problems that students could pick up at a booth in the student center. Contest winners also received a homemade pie.

Dr. Debbie Duke, professor of math, said the total money raised and donated from the day, which exceeded $2,000, covered the amount needed to send a Zambian student to George Benson Christian College for a year to study to be a mathematics teacher.

Senior math major Peyton Chisam was one of the students in charge of the day’s festivities. In 2014, Chisam was a part of a summer medical campaign to Zambia. As a result, she said the cause was close to her heart as well as many other Harding students’. She said she also hopes that students will connect pi with the mission of the fundraiser.

“[Pi] is the ratio between the diameter of a circle and the circumference, but it is also never-ending,” Chisam said. “Not even the most complex computer program can tell us all the digits of pi. It endures forever, like everything God does. I think it is so cool how much you can see God in math.” 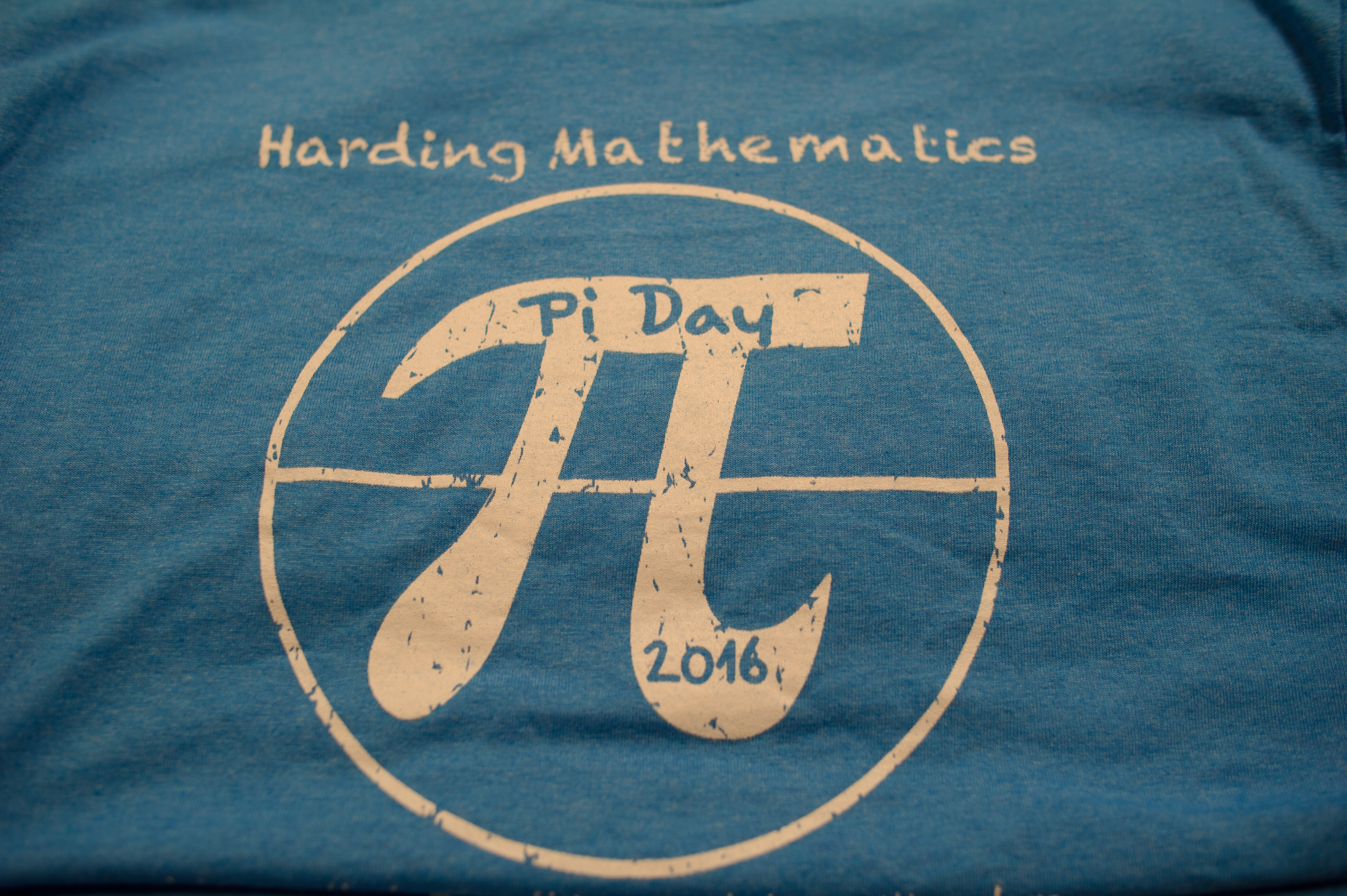 This is the third time the department has held Pi Day festivities, the last time being in 2012. The University is usually on spring break on March 14, so the celebrations have only been able to take place when the break was earlier in the spring semester — the first being in 2008. However, Debbie Duke, professor of mathematics, said that the next two years’ calendars appear to allow for more consecutive Pi Day celebrations.

“So far our Pi Days have all been four years apart, so there was no problem with repetition of events,” Duke said. “Next year the mathematics department will likely come up with some new ideas since many of the same students will be involved. We’re already thinking of some interesting things we might do.”