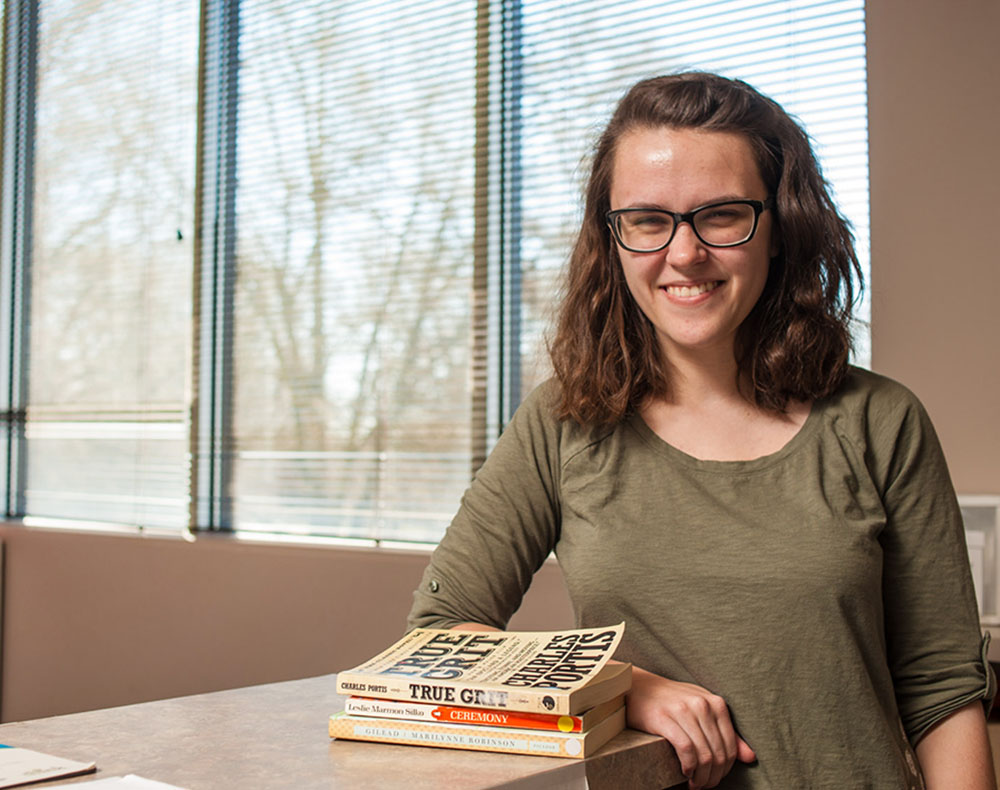 “I’ve always wanted to be a writer, so it wasn’t even really a decision — it was just what I knew I was going to be.”

When Melissa Hite came to visit Harding during her senior year, she had her heart set on another school, but soon after meeting students and professors, she found herself at home at Harding, specifically within the English department.

Hite has since then developed an even deeper appreciation and understanding of literature and how it affects humanity.

“Art and especially literature teach us how to be better people. Though all majors are relative and important, I love getting to study what it means to be a human and, in a lot of ways, what it means to be a Christian,” Hite said. “It makes you more empathetic — you can see things from other people’s perspective even if you don’t share their background. You’ve entered into this world and seen things through their eyes, so you can understand people in the real world better.”

Some of her favorite classes include women’s literature and the study of C.S. Lewis with Dr. Larry Hunt.

“It’s a phenomenal class. It was so good. It was a three-hour night class and there were times I didn’t want it to end, which is ridiculous, but it was that good. It felt like a conversation, and we were all just hanging out and talking about C.S. Lewis.”

While Hite believes in making sure school is a priority, she takes advantage of opportunities to be involved on campus.

“Early on I was tempted to only focus on school and not do anything else, and that’s not healthy because there are other outlets you can get plugged into, and so much of it’s about growing as a person, not just academically.  Of course you’ve got to keep your academics where they need to be, but not be so perfectionistic that you miss out on all there is here.”

Hite works as a copy editor for the yearbook, is involved in women’s social club Chi Kappa Rho, and meets weekly with the Poetry Club.