No. 5 Harding plays No. 1 Northwestern Missouri in NCAA Quarterfinals 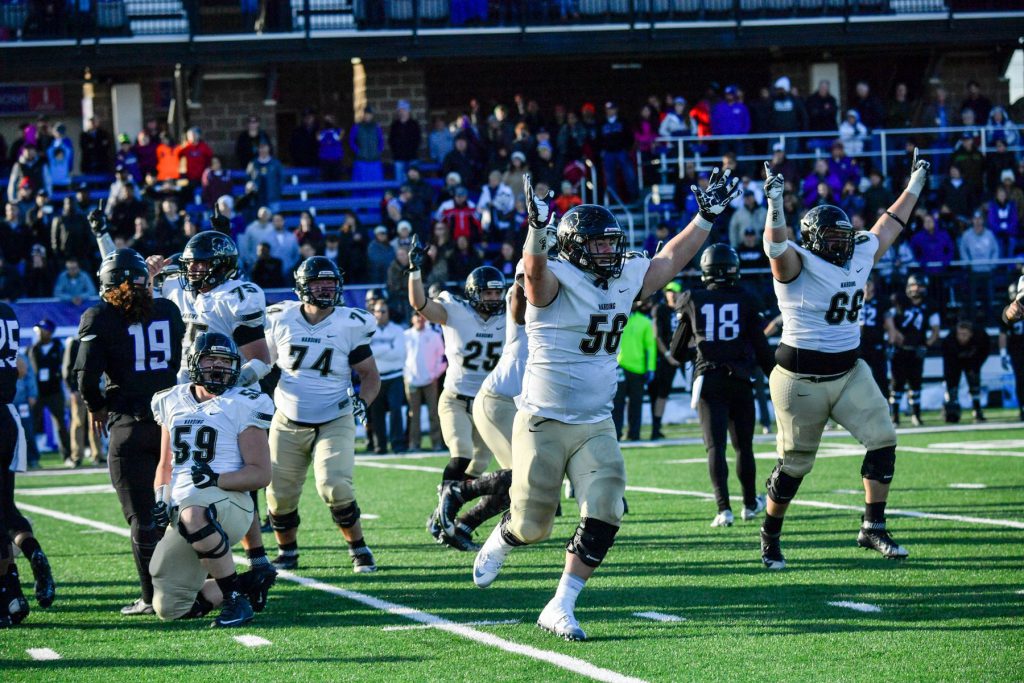 Harding has reached the NCAA Division II quarterfinals for the first time and will take on defending national champion Northwest Missouri on Saturday at Bearcat Field. Kickoff is at 1 p.m. CT. Northwest Missouri won the MIAA and is 12-0.

Harding rushed for 332 yards and had 403 total yards in its 27-24 overtime victory over Sioux Falls. Junior Tristan Parsley kicked a 47-yard game-tying field goal and a 35-yard game-winning field goal in overtime. Sioux Falls had its streak of 13 straight home playoff wins snapped.

Harding leads NCAA Division II in rushing offense with 381.5 yards per game. The Bisons have rushed for more than 400 yards five times. Northwest Missouri enters the game with the top rushing defense in Division II, allowing 63.9 yards per game.

Harding’s offense has 30 touchdown drives this season of five plays or more and 50 yards or more. Harding’s opponents have eight.

In the final AFCA regular season poll, Harding was at No. 5. Harding is ranked ninth in the D2football.com poll, second on MasseyRatings.com and seventh on HeroSports.com. Northwest Missouri is first in each ranking.

The Student Association will host a football watch party in the student center on Saturday starting at 1 p.m. Free pizza will be provided.

Up next, the winner advances to the semifinals of the NCAA Division II Playoffs. The four remaining teams will be reseeded to determine the matchups. For more news about the Bison football team, visit www.hardingsports.com.

Harding University appoints three new members to board of trustees

Harding University to recognize graduates during spring commencement May 7