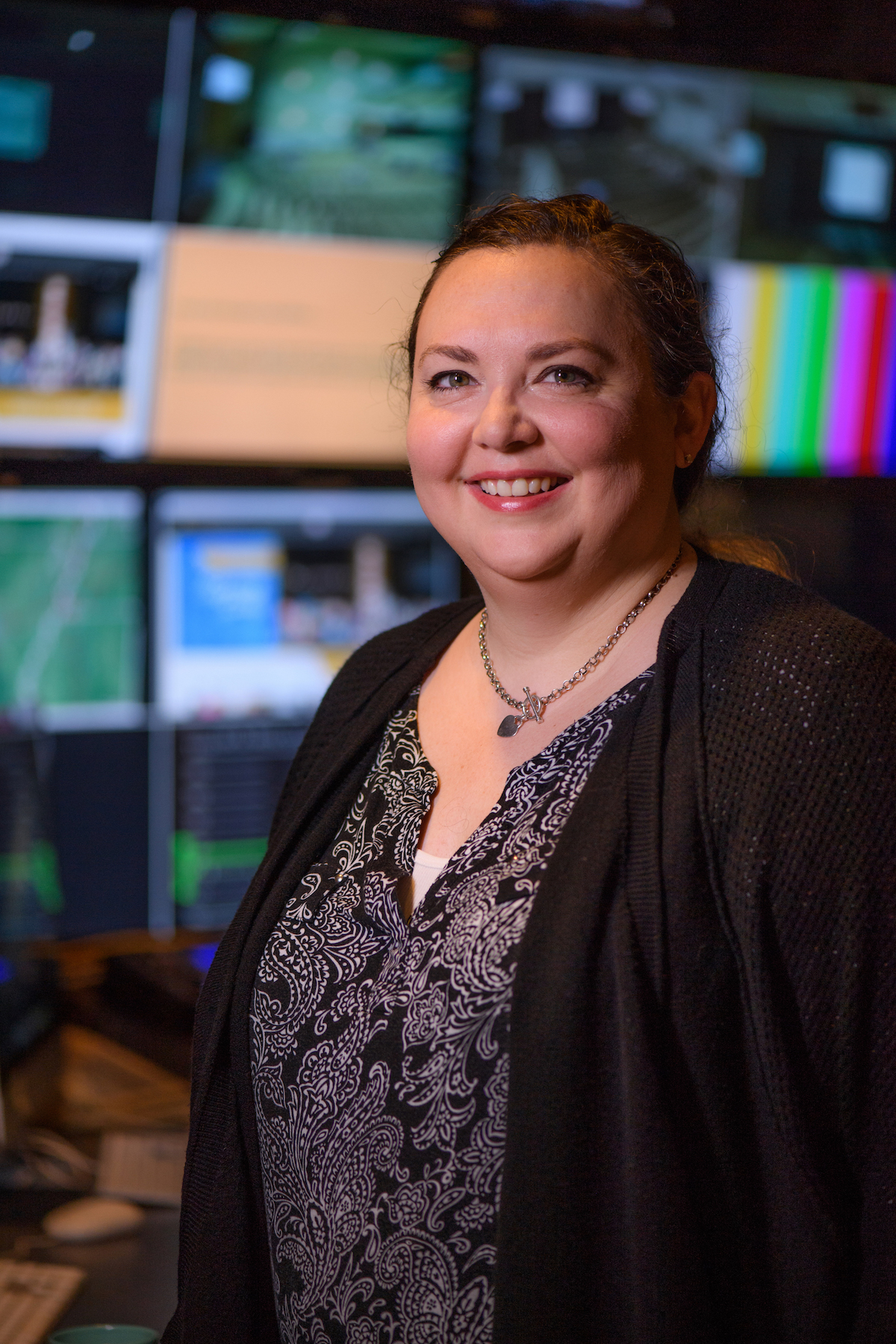 The day she graduated with her bachelor’s degree from Harding University, Dr. Ginger Blackstone pledged to never enter another classroom. Now, Blackstone, who has been teaching at the University since 2008, has won the 2017 Kenneth Harwood Outstanding Dissertation Award for her 2016 dissertation, “The Worst of Times: The Prevalence and Power of Fear in Television News,” at the Broadcast Education Association annual convention in Las Vegas on Sunday, April 23.

Blackstone has 19 years of journalism experience including 13 years working with CNN as a supervising/executive producer, producer, voice talent, reporter, writer and anchor. During her CNN career, she has received awards for coverage of 9/11, Hurricane Katrina Gulf Coast Disaster and the 2008 presidential elections.

In 2008, Blackstone received Harding’s Outstanding Alumna Award for the College of Arts and Humanities. While visiting the campus to accept the award, she was met with the suggestion to teach at the University.

“I took a deep breath, turned in my notice and moved to Arkansas,” Blackstone said. “I thought, ‘This is either the most brilliant thing I’ve done or the most ridiculous. I’m not sure which it is — only time will tell.’ I’m so glad I did.”

After serving as an adjunct professor from 2009-10 and a full-time professor in 2010-13 and completing her master’s at the University of Arkansas in Little Rock, Blackstone took a three-year sabbatical to further her degree by earning a Doctorate of Philosophy degree in mass communication from University of Florida. Her honored dissertation researches the use of fear-invoking variables in news media. She said the idea originated when journalists were being criticized for work while she was working with CNN.

“I wondered why we had journalists who would carefully research stories, and people would not believe what they said, or people would call that bias,” Blackstone said.

Blackstone researched the use of fear triggers for the eye and ear in broadcast journalism including mug shots, violent video and sounds of gun shots. She also analyzed story topics and framing, run time and use of propaganda language in relation to TV ratings.

Upon the completion of her Ph.D., Blackstone returned as an assistant professor and news director of HU16 in fall 2016. She said working with students is what she enjoys most about teaching.

“I appreciate our students. We have a lot of really talented, hard-working students here, and it’s energizing to work with people like that,” Blackstone said. “There is never a dull day. Everything is exciting to me, even when it comes to academic advising. I think there is value in helping people figure out who they are, and in choosing your major, you learn a certain side of yourself that you didn’t know you had.”