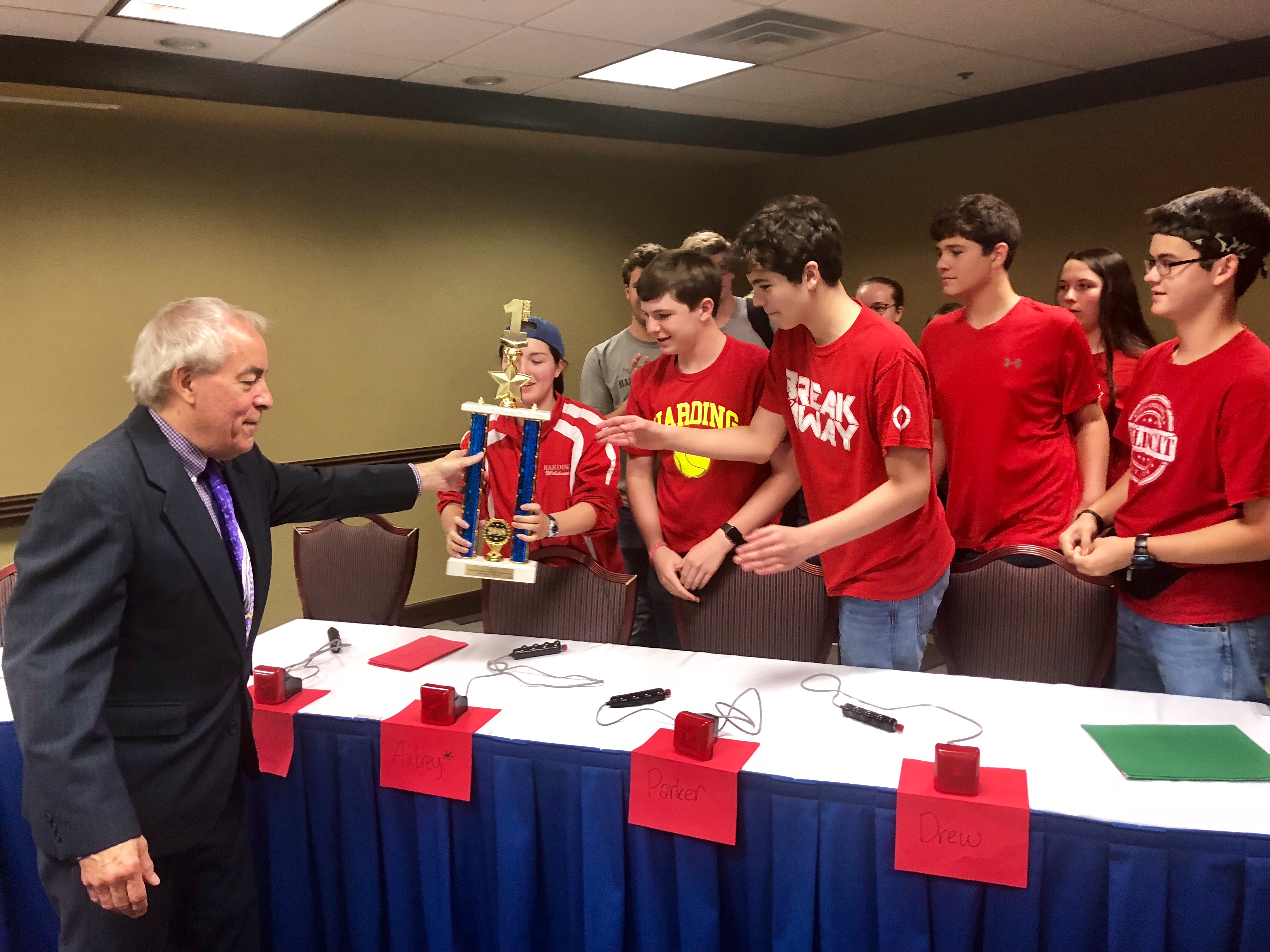 Harding Academy won four of their six preliminary matches during the first two days of competition and qualified for the playoffs on the third day. After two close-scoring games, the team earned a spot in the final match where they defeated Detroit Jesuit Academy to take home the Chicago Junior National Academic Championship.

“One of the things I like best about running this tournament is the yearly surprises,” said Charles Beall, executive director of the National Academic Association and president of Questions Unlimited. “Such I can say about Harding Academy. Never having been on our radar as a contender, they end up in the playoffs this year at 4-2 and then catch fire on Playoff Monday winning two very close and exciting matches — one of which may be considered the upset of the year against perennial contender Danville Bate from Kentucky — and then winning decisively in the final Chicago game.”

“It’s been an honor to work with this group,” said Ganus. “Obviously they are talented, but they also are positive and trustworthy and genuinely enjoy being around one another. I’m extremely proud of our team and grateful for the support of our parents and school.”