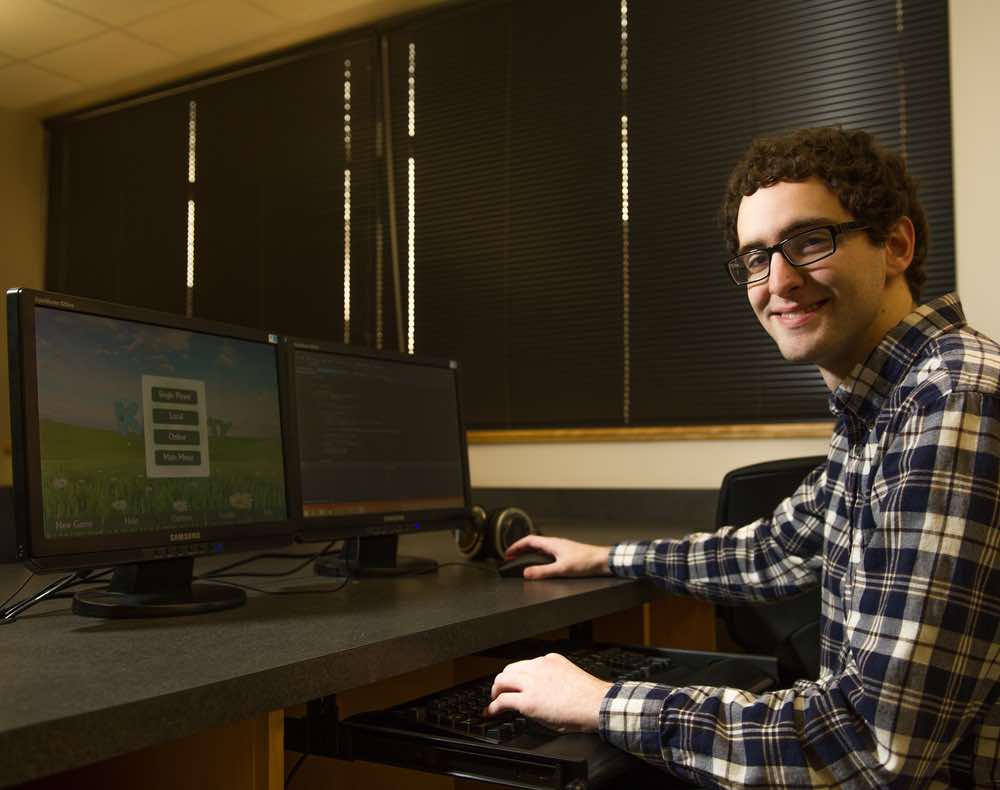 After taking a computer science class in high school, Sam Tripp knew where to begin once he arrived for his freshman year at Harding.

“I thought computer science was would be a good starting point at Harding. I liked it even more here and just continued with it,” Tripp said.

Tripp enjoys computer science classes for the project-based schedule as well as the ability to break down problems into individual aspects, such as in his object-oriented programming class.

“The amount that I learned in that class, just about individual aspects of what we’re doing, was really interesting, and the teacher was really helpful. As far as learning goes, that class was the biggest jump regarding how much I knew before the class versus after the class.”

Tripp is looking forward to his future as a computer scientist in part because of the promising job placement rates as well as how many companies have visited campus to recruit for open positions.

“It’s such a big industry right now and there’s not enough people to fill the amount of jobs that companies are looking for,” Tripp said. “For people going into computer science to get a degree, pretty much wherever you want to work you can get a job in that area. I got a job in Nashville, Tennessee, so I’ll be working at a consulting company and doing programming for them.”

Tripp feels that Harding computer science graduates are ahead of their competition because of the hands-on learning that takes place rather than theoretical projects.

“That’s actually one of the things I’ve heard from people looking to hire computer science students is that the people from Harding are actually more trained than those at other schools for the work force,” Tripp said. “A lot of other schools will look at the computer science program and a lot of it will be more theory based, and so it’s really good training for a master’s program or graduate school, but Harding trains people really well for the workforce.”

One of his favorite assignments was designing and coding a board game for the computer over a 12-week period.

“It’s really interesting, and it’s nice because at the end of the semester you can see what you’ve made and it does something and it brings people enjoy playing it, so it’s kind of cool to be able to see that.”

Tripp has been active on campus during his time at Harding, as a member of social club Chi Sigma Alpha and participating in Chorus and Chamber Singers. Tripp advises future students be as involved as possible but to prioritize in order to balance a busy schedule.

“You may not necessarily have time to just like lay around and watch Netflix or something, but if it’s something you really enjoy and something you want to be committed to, I suggest going all out in those things and making the most of it. “