‘Significant Others’ educates on the neighbors around us 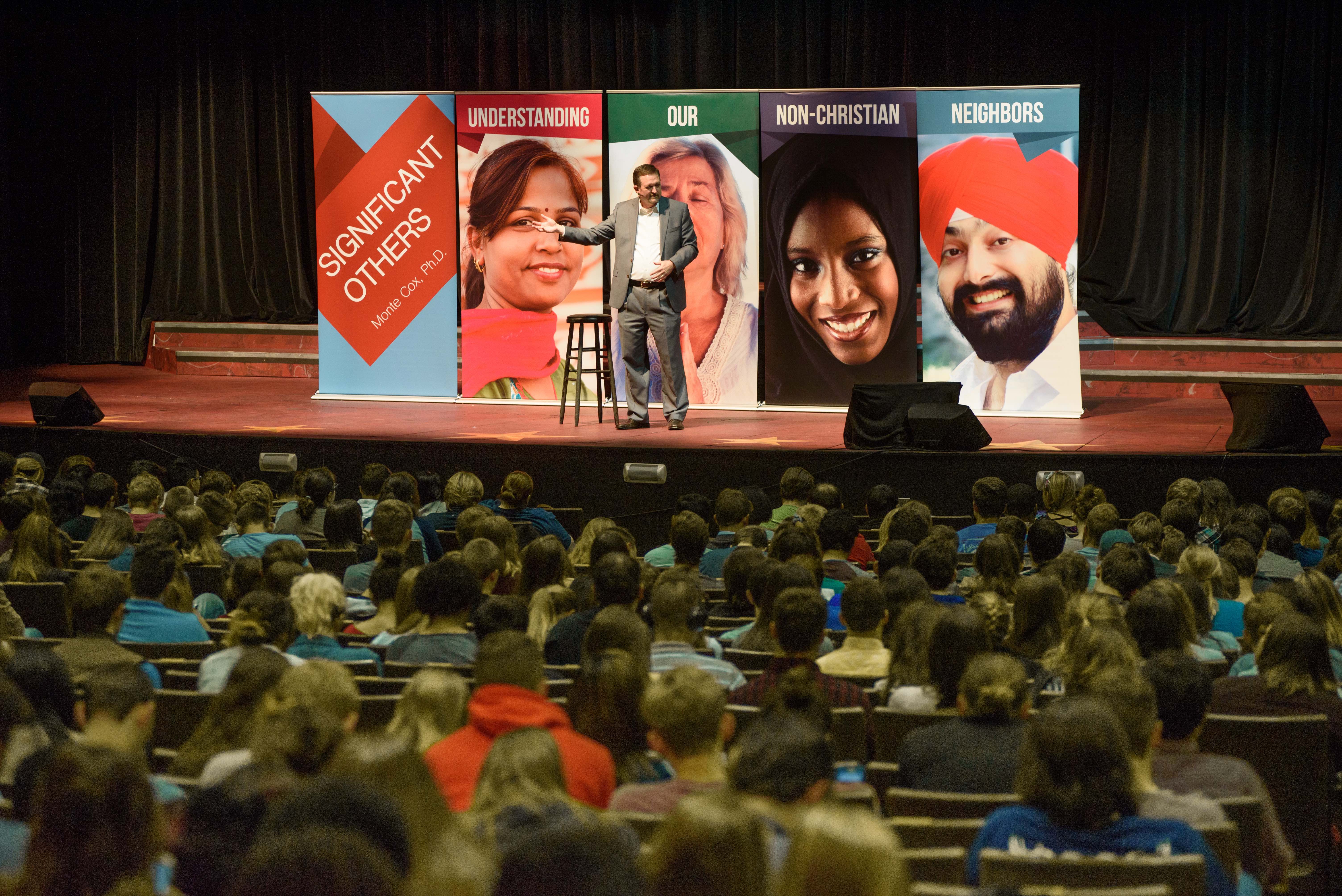 “A woman in Houston once came up to me and said, ‘The neighbors on every side of me are from India. I think they are Hindus, but I am afraid to ask. Do you have anything I can read?’” said Dean of the College of Bible and Ministry Monte Cox. “The answer was, ‘Well, you can read a textbook.’ But the average person does not want to read a textbook, so I said one of these days I’m going to write a book for a popular audience that is not an academic book but written to acquaint people with the faith of their new neighbors.”

Cox completed his book Significant Others: Understanding our Non-Christian Neighbors in June after a yearlong process of writing, but Cox says this book and the information and stories it shares has been 35 years in the making.

“I’ve been working on this my entire adult life,” he said. “I was immersed into another culture, another language and another religion for a decade in rural Africa. For years I have been cultivating friendships with adherents of the faiths I describe this book. Now I finally get to share with them what I think I have learned and testify to them about where we agree and where we differ.”

“Now I finally get to share with them what I think I have learned and testify to them about where we agree and where we differ.” -Monte Cox

Each chapter of the book shares stories and explains key points of contact and contrast about different religions. Cox called on a number of personal friends he has made throughout his life to give insight and feedback on the chapter that represents their faith.

“There are 33 names — these people agreed to read the chapter about that faith before it went to press, and I made some changes and edits as per their suggestions,” Cox said. “But they’re all friends of mine. These are the people who host us when I take my students on the trip to Chicago, Memphis or Dallas. Or they’re people people I know overseas. It was really important for me from the very start to let the readers know that this isn’t some Christian comparative religion professor who’s sniping at these religions from a distance.”

At the end of his semester-long Living World Religions Bible class, Cox takes a group of students on a trip designed to enlighten them about people and practices of major living religious traditions. In April, students went to Chicago and visited the Baha’i House of Prayer, the Hindu Temple Balaji, Islamic Foundation mosque, a Sikh Religious Society, Shabbat service at KAM Isaiah Israel Congregations, and the Chicago center for Soka Gakkai International (a Buddhist sect).

“The reason we go late in the semester is the same reason that I wrote the book,” he said. “When we go to the temple or we go to the mosque, I want students to ask better questions. I want them to sound informed. When they’re more informed, they’re more respectful.”

Over Thanksgiving break one year, Cox received an email from a student who was flying home for Thanksgiving and sat by a Sikh person on the plane.

“She said, ‘Excuse me, sir, are you Sikh?’ And he hesitantly said, ‘Yes.’ And the student said, ‘Cool, I was just in a Sikh temple for class!” Cox recalled from the email. “This student would have been afraid of that man, and now she’s not afraid of him — she’s curious about him and asked him a question. That’s the purpose of the book. Instead of being just fearful, could Christians around America cozy up to somebody and make a friend?”

After a suggestion from President Bruce McLarty, Cox made 13 presentations in daily University chapels throughout the 2016-17 school year that outlined each section of the book. These presentations were made into a 13-episode video series that can be purchased along with the book on amazon.com.

“Instead of being just fearful, could Christians around America cozy up to somebody and make a friend?”

“Dr. McLarty audited the class a few years ago and then went on the field trip,” Cox said. “For each chapel presentation, I had to finish the chapter before I could do the presentation so that I could write a script and memorize it. That helped push the writing some toward the end.”

Cox hopes readers come away with a foundation of understanding strong enough to ask questions to, show appropriate interest in and engage with people of different faiths. The recurring theme in classes is that everyone should be “respectful, informed and persuasive.”

“We’re so hesitant to ask,” he said. “Political correctness has trained us to not ask. I think if you were a little more informed, it would make you feel more comfortable to take an interest in someone’s life or faith.”

To purchase the book, visit https://www.amazon.com/Significant-Others-Understanding-Non-Christian-Neighbors/dp/0891124640.