Spring commencement to be held May 5 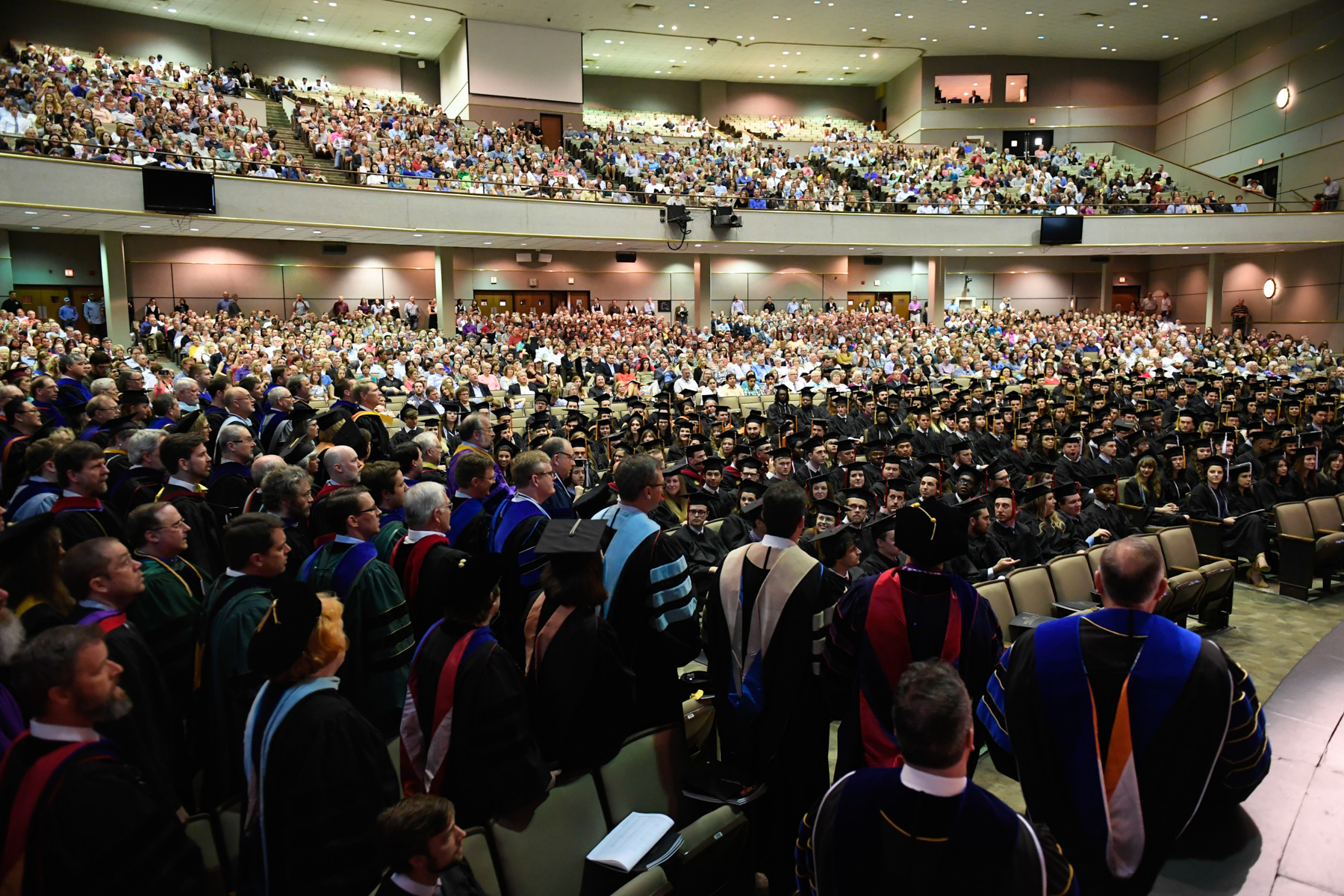 Members of this semester’s graduating class represented 21 countries as well as 41 different states and the District of Columbia.

Tullos, professor and chair of the department of communication sciences and disorders, joined the University faculty in 1979. He served as speech-language pathology supervisor for Harding University in Zambia for three years and has been honored by the Arkansas Speech-Language-Hearing Association, American Speech-Language-Hearing Association, and Council of Academic Programs in Communication Sciences and Disorders. He earned his bachelor’s degree from the University, his master’s from the University of Mississippi, and his Ph.D. from Pennsylvania State University. Tullos was honored with the Distinguished Teacher Award in 1991.

Howard is experiential education director with the College of Pharmacy. Prior to joining the faculty in 2008, he was a registered pharmacist for 39 years in Arkansas and Oklahoma, primarily in community and compounding pharmacy. Howard is founding chapter sponsor for Harding’s National Community Pharmacists Association, which represents students with an interest in independent pharmacy, and has served as preceptor for pharmacy students in health and wellness screenings around central Arkansas. He holds a bachelor’s in biology from Oklahoma Christian University, a bachelor’s in pharmacy from Southwestern Oklahoma State University, and a Doctor of Pharmacy from the University of Florida.

President Bruce McLarty presented diplomas to all degree candidates at the ceremonies.

For more information about the commencement ceremony, visit www.harding.edu/graduation.