Harding University’s two student publications, The Bison newspaper and Petit Jean yearbook, have both been announced finalists for a Pacemaker award given by the Associated College Press and will travel to Dallas on Oct. 25-29 for the 2017 National College Media Convention where the winners of both awards will be announced.

“What a satisfying thing for my staff who worked so hard to put us in the top 30 percent of university newspapers,” said Joshua Johnson, 2016-17 Bison editor-in-chief . “It’s like college media Christmastime right now.”

“I am extremely proud of The Bison for being named a Pacemaker finalist,” DiStefano said. “We were a strong team dedicated to serving our student body and university as a whole, and I am thrilled to be a part of the long chain of student publications staff who have built The Bison up to this point.” 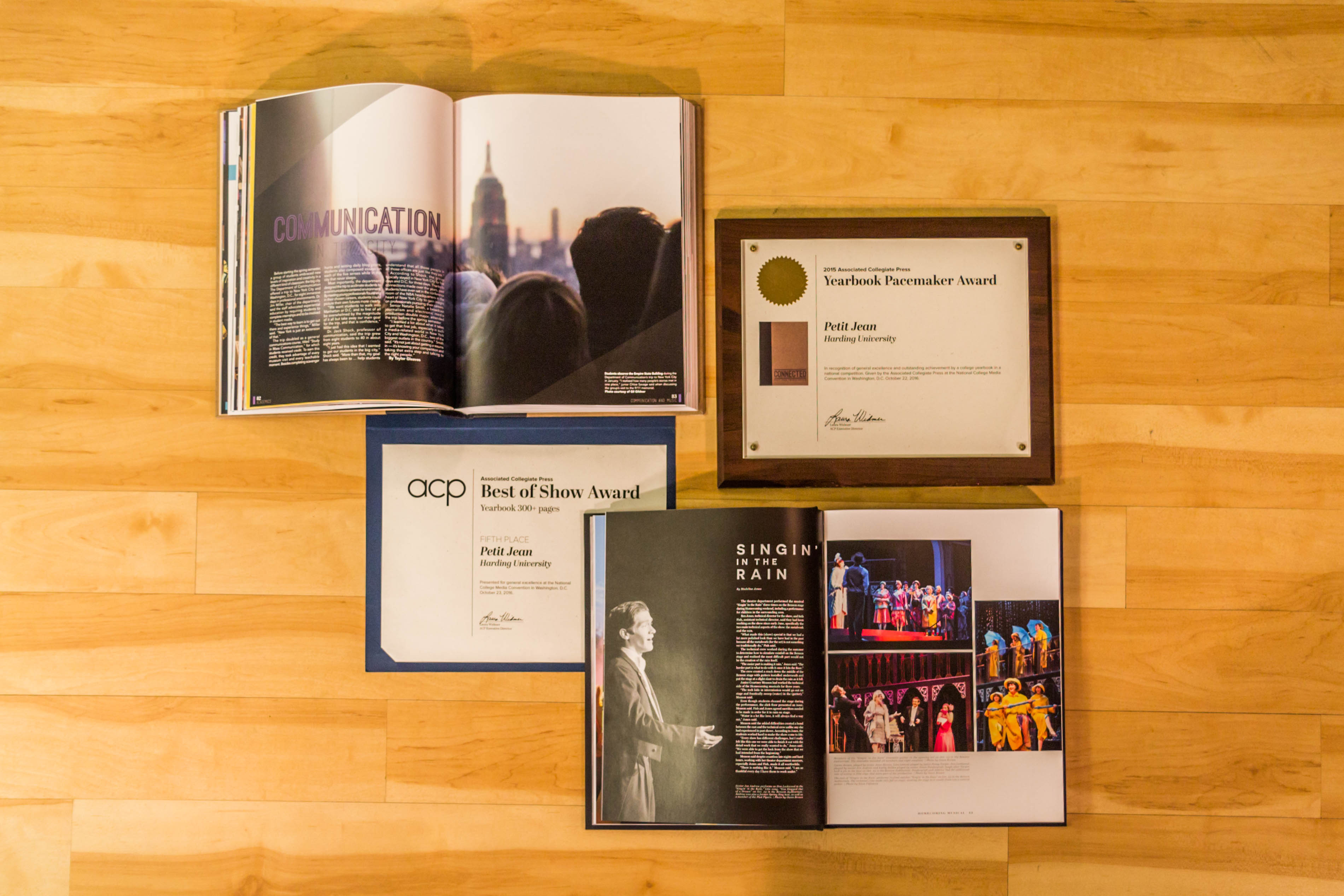 Petit Jean yearbook is one of 11 finalists for the yearbook Pacemaker. Alumna Maeghen Carter was the editor-in-chief for the 2016 Petit Jean, titled “Multitudes,” up for the award.

“‘Multitudes’ was an incredible publication, and it really captured the pulse of campus for that school year,” said junior Kaleb Turner, 2017 and 2018 Petit Jean editor-in-chief. “When I heard the news, I wasn’t surprised because that staff worked tirelessly to make it the best yearbook it could be. Being a Pacemaker finalist is rewarding not just for the staff but the entire University.”

Katie Ramirez is the faculty advisor for student publications and worked on the Petit Jean as a student. She describes the Pacemaker award as The Pulitzer Prize of college press. Ramirez emphasized that the work of The Bison and Petit Jean is not just the work of one staff but of years of alumni.

“I was thrilled to get the news that we are producing content on par with some of the top programs in the country,” Ramirez said. “No matter the outcome of the contest, the student publications staff will keep recording Harding’s history and continue telling the stories that matter to the student body.”